I Was Born in a Thunderstorm

Imagine growing up knowing you aren’t loved, who knows what you did wrong. Probably it was not your fault, probably your parents just weren’t the best fit for you. But in the end it hurt you to know that you were likely the least favorite. You know how that can affect the psyche right? You know that this will stick with you forever now, don’t you?

Maybe I was a handful, maybe I was more than my mom could handle. She definitely let me know it. This is trauma to a child whose only goal is to be loved and accepted. Sure, I acted out. I mean I am a tornado person. And the repercussions of my mother’s response taught me that I could never be loved. Obviously, if your mother doesn’t love you, how could anyone else, right?

I Grew Up Overnight

I found magick in everything as a child. From the Greek myths to Roald Dahl’s Matilda, I was hooked to the idea of being special at a young age. I scoured libraries for books on ESP. I’d imagine myself as one of the X-Men or He-Man, really any hero would do. These fascinations and dreams, they were preparing me too.

Three important things happened to me at 15. First, I was introduced to Witchcraft. I graduated from totally mundane to kinda, maybe one day I’ll be magickal. Second, I was pushed out of the nest, forced to fall or fly. Third, I was freed from the oppression that only loveless parenting can provide.

The status quo was disturbed. I was thrown into a world I had to learn to navigate. This world would change me. The good news is that I had something special to help me through. I had found the magick I was enthralled with as a kid. I had no idea how to use this gift but the new world I became a member of was sure to teach me. This was my story, my hero’s journey.

I spent my youth hating myself. You wouldn’t have known it if you met me. I’m one of those rainbows and Skittles types. If you met me back then, you might think, “This fool has never seen a cloudy day.” That assumption would fade quickly once I opened up. You’d find that there were plenty of dark shadows lurking inside this ball of sunshine.

When I first found it, Witchcraft, for me, was all about fixing my situation. How do I protect myself from the monsters? How do I acquire funds to support my quest into the real world? Magick, at first, seemed like it would solve all my problems. It did not. And as the world became a darker place, I had less time to focus on learning. Mostly I just did my best to not acknowledge the shadow I was losing to.

Over and over again, for a solid decade Witches and magick kept finding me. There was a clear message that I was just not hearing. I ignored the lessons I should have learned. I figured, why try. I was that ship that threw caution to the wind and sailed forward despite the lighthouse beacon. I was the ship that crashed over and over again.

It took a long time, longer than it probably should have, but I found my way. I learned to navigate the world around me. I went through my trials and came out on the other side. I finally heard the message. I am magick and I am changed. I learned how to confront my shadows. I learned how to work with magick. I learned that outside of truth, everything else is a lie. When I finally found it in myself to submit, to surrender to truth, I found that I had survived

Survival became past tense as I developed as a Witch. I wasn’t surviving anymore; I started living. By no means is everything perfect in my life. The differences, though, are profound. It used to be that when I would dabble in the craft, I was after a miracle. I was seeking some kind of otherworldly assistance that, let’s be honest, doesn’t exist. I was under the impression that I could wing it and then do nothing. And guess what, nothing is exactly what I got.

When I was randomly working magick as a means of survival, I was foolhardy and half-assing everything. I lacked respect for the magick and I failed to truly see how magick could actually help me. It wasn’t until I took the time to really learn what I was doing and who I was working with that I started seeing results.

I Told You That I Would Never Be Forgotten

I have come up against a lot in life. If you’ve read even a couple of my posts you probably know that I am a big fan of persistence. When I was a kid, I knew my destiny. I could see where my life would end up. I had plenty of people tell me, “That won’t happen,” or “You can’t do that.” At the time they may have been right. But only because I believed them. Only because I let them get in my head and confirm for me that I was worthless.

When I realized that magick and Witchcraft were not just about spells my whole world changed. Magick became about self-improvement for me. Instead of trying to win the lottery I started trying to heal my spiritual wounds. Instead of forcing things that don’t serve me to fit in my life, I learned to cut cords. I began to confront the shadows I was ignoring and magick started working for me. When I figured out that I needed to follow my heart I stopped needing prosperity magick because my heart’s desire provides all that I need, none of which is money.

I always said I would leave my mark on the world. I’ve always known that I am meant to be remembered.  How I am going to pull that off is still unclear to me and I know that; that is okay now. I know that the truth is I have a destiny and that destiny is only now beginning to get underway.

Here’s the thing: when I was 18, I figured I would die with in the decade. Now that I am 38 I am shocked I made it but thankful for the life I’ve lived. There were plenty of times when everything could have gone sideways. Honestly, they should have; there is only one reason I can see that makes sense for making it to this point. The greater purpose.

I know I’m not the only one who has had a hard time. I know that I’m not the only one who has turned to magick, only to have it fail. I think the truth of my situation is that I can stand here now and say, “Hey, I figured it out.” I have the ability to sympathize with people who know hardship, disease, poverty, and just plain hard luck. We are inundated in the pagan community with well-to-do people, mostly men, who don’t know a struggle. That’s great for them, I have nothing bad to say on their behalf.

But what about all the other witches out there. What about the single mothers, the homeless teens, the marginalized? What I’m saying is this. When you look at my life there are two halves. The beginning, which sucked, and the now. Maybe that’s all part of the magick of becoming what the world needs. How many Witches out there can say that they sold drugs and sex, that they paid for college through deplorable acts. Maybe that’s the whole point. Maybe it’s time for that voice to be heard. Maybe it’s time for magick in real life.

This article was inspired by Alive by Sia 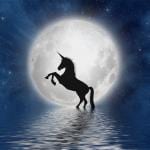 January 29, 2020 Radical Pantheist: The Many Faces of the Unicorn - Angela Wix Interview
Recent Comments
0 | Leave a Comment
""I know they exist..." - oh, then you must have some evidence of their existence ..."
kyuss Irish-American Witchcraft: Do I Believe In ..."
"It was delightful to meet you! I really appreciated your contributions to the conversation, and ..."
Misha Magdalene The Balancing Path: My Nonbinary Liminal ..."
"Thank you for sharing your way to approach Sidhe People. My my personal way to ..."
Marcia Bianchi Irish-American Witchcraft: Do I Believe In ..."
"Fairies is a bit of a misnomer, there were no fairies in the original Celtic ..."
I wish my name was Fred Irish-American Witchcraft: Fae in the City
Browse Our Archives
Follow Us! 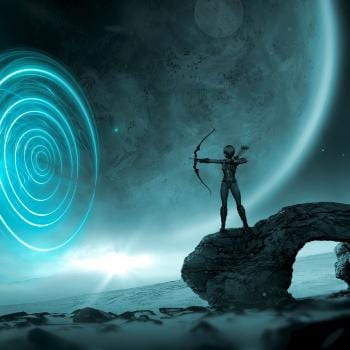