Irish-American Witchcraft: Fae in the City

Articles on fairies often, consciously or unconsciously, tend to focus on fairies and fairy encounters in wild or rural settings but this is only part of the picture. Across the breadth of the material – past and present – we see a wide range of Otherworldly beings including those that are found in human habitations and cities.

While it’s true that some fairies do avoid humans or prefer to live in more desolate areas, many of the Good Folk are inextricably intertwined in human lives. I think it’s important to understand this and to avoid an overly narrow view or understanding of these beings, so today I’d like to talk a bit about why we tend to exclude cities from our understandings of fairies, the folklore that can tie them to cities, modern anecdotes, and examples of cities in Fairy itself. Hopefully this will give people some food for thought on the subject.

First off I think we need to talk a common misperception: that you can’t find fairies in cities or that they wouldn’t want to be there. This seems to be rooted in the common idea that fairies are entirely or only nature spirits, which is itself a misunderstanding of the taxonomy of fairies. Even if we accept that viewpoint, however, that should not limit the presence of fairies in human cities. Cities still have plants, trees, insects, wildlife, and even pockets of natural spaces in which one might find nature spirits or land spirits if one believed those were the sum total of fairies. As much as we may sometimes prefer to see cities in contrast to rural or wild spaces the truth is that cities are merely adapted from those spaces and still hold a bit of wildness and nature within them. The energy is different, of course, but it is still there. When you get down to it all of the world is natural and so nature spirits can and will exist everywhere.

Another argument hinges on the idea that fairies are averse to iron and human cities have a lot of that. It is true that modern cities tend to be built with a lot of steel and iron and that many types of fairies are warded off by this material.  However, not all fairies are sensitive to iron and even those who are may not  avoid a place where iron has been used for building if the iron is covered by other materials.

In folklore, for iron to be effective as a deterrent or protection it often (not always) has to be bare; for example in British Goblins there is a story of a man in Wales who is being harassed by fairies as he travels and they only flee when he pulls his dagger. The dagger in the sheath wasn’t enough to ward them off, but the bared metal was. There is another story of fairies who would visit a man working in a kitchen, without seeming to be bothered by the iron cutlery or cookware, but would flee if a knife was held in their direction. From this we can, hopefully, see that the presence of iron building material by itself wouldn’t keep fairies out of a city.

There is folklore of fairies to be found in cities, castles, and other human places. In Sussex, for example, a goblin was said to guard treasure in a hall at Herstmonceux (Fairy Folklore, 2020). There are also fairies like the Abbey Lubbers and Buttery Spirits which lurk in the food storage areas of abbeys, inns, taverns, or generally dishonest households, stealing the value from the food if the humans are greedy or fail to protect it with proper blessings (Briggs, 1976). And of course the famous MacLeod fairy flag was by some accounts given to the family by a fairy woman in the MacLeod’s castle. All of these are examples of fairies that are or were associated with places with larger human populations or activity and demonstrate that fairy folk are not put off by human activity or settled areas.

One of the most intense personal experiences I have had happened in a city of 27,000 people. It was around 4 in the morning and I saw a white fairy hound crossing an empty field; it disappeared about 2/3rds of the way across moving towards me. My other experience with fairy hounds – or at least black dogs – happened in a slightly larger city when a friend and I saw two black fairy dogs. As with my sighting of the white hound the two black dogs disappeared afterwards, were unaccompanied, and were moving directly towards us. In the case of the two dogs they also seemed to respond to things we were saying (we hoped they wouldn’t cross the street and they immediately did) and somehow crossed in front of us without being seen, which should have been impossible. In both instances I was in the middle of a human city with the usual city activity although I will note that during the experience there was a notable lack of human presence around.

Beyond my own personal experiences other people have also encountered fairies in modern cities. A great resource for such modern encounters, of all varieties, is the 2018 ‘Fairy Census‘ which is available free online and which has gathered an array of anecdotal accounts including some from cities.  For an example, from that source, #8 is a woman in Birmingham England in the 1990’s who described seeing a 6-foot tall elf lying across a tree branch in a city park (Young, 2018, page 29-30). In the same source, account #10 also takes place in a city, this time inside a store. These modern encounters are in the same spirit as older ones and continue a long tradition of people having personal experiences of fairies in various ways and places, including cities.

On a related note it is worth remembering that we have stories of fairies having their own cities in the Otherworld as well, showing that they are not inherently averse to cities as a concept. These cities are described as contemporaneous or only slightly antiquated by the humans who experienced them and seem to be very similar to their human counterparts at the time. Certainly enough so that the observer recognizes the place as a city and describes it as such. Briggs mentions one story of a shepherd who joined a fairy dance and was taken to a large palace, and there are similar accounts of large fairy habitations or cities in mythology and ballad material. There are specific types of fairies that are solitary beings, in folklore, but there are also many that are not – what Briggs calls ‘trooping fairies’ – and it seems logical that some of the social fairies would live together in towns and cities just as humans do.

There have also been accounts of people today experiencing or seeing cities in Fairy, in dreams or visionary experiences. These accounts like the older folkloric ones describe places that are contemporary or only slightly out of date to what we have today. Several of us have also experienced, separately, something like a train station that seems to allow people to go to different destinations in the Otherworld. So at the least I think we can safely say that not all fairies are technophobes or luddites and that cities in Fairy make as much sense as they do in the human world, and probably exist for the same reasons.

There is a tendency to view fairies as limited to the realm of gardens and wilderness but I urge people to rethink this. We have abundant evidence both in the older material and in modern accounts of fairies in human cities and of cities existing in the world of Fairy. We need to be willing to consider the entirety of the evidence and to take it for what it is rather than try to overlay our own opinions and biases onto it. The idea that fairies would only be found in wilderness, in my opinion, reflects a romanticism of those beings that lessens who and what they are rather than adding to our understanding of them. 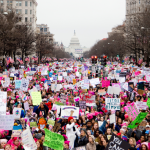 February 13, 2020
Simple Witchery: A Time For Anger
Next Post

February 18, 2020 The Corner Crone: Personal Agency, Healthy Boundaries & Saying “No”
Recent Comments
0 | Leave a Comment
"I absolutely resonated with this; there’s a John Wick action figure on my Mórrígan altar"
femmetac Making Light: My Little Pony on ..."
"This is great, thank you! Litha blessings!"
Elaine Kolp Salt City Pagan: How Pagans Celebrate ..."
"I think its awesome youre a Buddhist and a Pagan. Namaste! I became a Pagan ..."
Brianna LaPoint Salt City Pagan: Why I Choose ..."
"Energy cannot be created (what is having children then?) nor destroyed. I think that this ..."
Brianna LaPoint Salt City Pagan: Why I Choose ..."
Browse Our Archives
get the latest from
Agora
Sign up for our newsletter
POPULAR AT PATHEOS Pagan
1 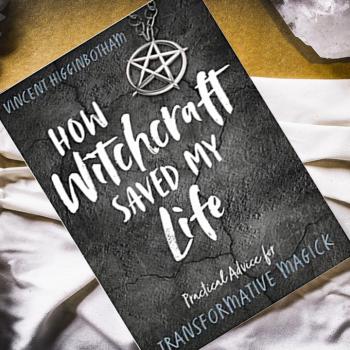