We watched and listened carefully as The Seeker–garbed head to toe in black and hunched forward, her arms protectively crossed over her body, her legs crossed and drawn slightly up, her soft, childlike voice hesitant–struggled to articulate the energetic experiences that seemed to have been bombarding and sapping her. Young and young on the Path, she had come to a class on casting Circles searching for insight, guidance and help.

She identified as a healer, and was more than happy for her energies to be conscripted, but was terrified of causing harm if those energies were being hijacked by an Entity that was destructive. She could not discern whether the Entities commandeering her energies for healing were “good” or “evil”, and told us that the energy surges happened almost without warning whether she was awake or asleep.

There’s a lot to unpack here.

Does a Deity call you into service, or do you approach a Deity and ask to embark on a relationship wherein you work with Them, or is the interaction some sort of combination of both? Ask any gathering of Pagans and Witches this question and you’ll receive a wide range of responses, each response utterly true to each person’s experience. John Beckett’s Hearing the Call offers some deep wisdom about discernment and the some of the qualities associated with a Call from a Deity, and he shares a couple of personal examples.

John writes: “I found Morrigan gradually, then one day in meditation I heard her say ‘I want something from you.’” In the same article he also writes, “Cernunnos was persistent – he appeared long ago when I wasn’t ready to hear a god.  He left me alone when I needed to be alone, and he came back when I was ready to hear him.”

So,where does personal agency fit into the landscape?  For those unfamiliar with the term:

Agency refers to the idea that people make their own decisions and are responsible for their own actions. Some sociological theories are accused of being deterministic, that they suggest that human behaviour is inevitable and predictable. Interpretivists stress that people have agency and can choose. Factors like social class, gender and ethnicity might well impact people’s choices, but they do not determine them.

It is my own belief—true for me and not necessarily true for anyone else—that we can always enter into a conversation with a Deity about our readiness to work with Them. We have and can enact our own personal agency. I think our responses to developing a relationship with one or more Deities can range from “Yes, please!” to “I’m not sure and here’s why” to “No, I don’t think so.”

Does “no” mean the Deity will stop trying to make contact? Not necessarily. Deities can be pretty persistent. My intuition, though, is that Deities find it much easier to work with or through people who actually want to work with Them, as opposed to continually haranguing people who are in relationship with them under sufferance. It’s very likely that at the starting point of what may feel like conscription into service–and again, only my opinion here and thus only true for me—there was a moment of “yes”.

Deities exist on a vastly different timeline than we mortals do. The frank truth is that none of us on this plane are indispensable to a Deity; if we say “no” and stick to it, Deities can and will find someone else, someone who actually wants to work with Them. Does that mean They won’t nudge you again? No, but They may wait until you are ready to hear Them, even if that takes a very long (mortal) time.

As The Seeker continued to describe and expand upon her experiences it became clear to us that she had very little experience or knowledge of setting healthy boundaries, either energetically or in interpersonal relationships. Particularly troubling to the group was her experience of energy drains that occurred even when she was sleeping.

Cyndi Brannen writes about protection magic in an article specific to dealing with energy vampires, but I think her observations and practices can also be useful when dealing with non-corporeal energy sappers, too. In it she writes:

The #1 thing to know about boundaries is that they are about giving your power away too freely. If you want to have better boundaries, Step #1 is to call all your power back to you. From there, you can explore your own personal policies. This is so easily said, but ridiculously difficult to do if you are an empath or have never had the opportunity to develop healthy boundaries.

Healthy boundaries are your shield. We shared different shielding methods with The Seeker, including different kinds of visualizations to try out. We also talked to her about letting the Entities know she has “office hours”. That is, she’s willing to work with Them but it has to be on her terms. No more waking her up out of a dead sleep.

We are finite beings. It’s absolutely critical that we—and particularly so if you’re an empath and/or healer—carve out an inviolate space where we can do whatever it is we need to do for rest and renewal. Otherwise, we are not at our best and thus cannot offer our best effort.

As one of the witches in the Circle said, the goal in energy exchange is to be at some point fed or enriched by that energy exchange. The goal is not to become The Giving Tree; that is, it’s not a healthy outcome to give and give and give until you’ve given every molecule of yourself away. It’s as true when dealing with Deities as it is when dealing with people. You are not an endless resource, and you are not here simply to be used up until there’s nothing left.

I’m fairly certain—again, only my truth here—that Deities aren’t that interested in sucking you dry. After all, if They feel like you’re a good candidate for manifesting Their work on earth, how would it serve Them to break you beyond repair? (Note: this is different from breaking you to remake you; that’s an entirely different topic.)

Service as a Choice

It’s hard to say “no” when we, particularly those of a certain age who identify as womyn, have been taught from the cradle to put others first, and taught this by other womyn. Maybe womyn of the generations behind mine are being taught differently and if so huzzah!

Fourth-wave feminism (#MeToo and Times Up) is populated by folx who are coming up in a social landscape that is vastly different from the patriarchal, binary-forward, rigid social system I grew up in and, it must be said, a system that the vast majority of womyn who raised me believed was the way things should be.

These folx are fierce and empowered and all about healthy boundaries and personal agency. They demand respect and they will have it. If they choose to lend their energies to a goal or cause, they do so because that’s their own free-will choice.

In the end, that’s what I hope for The Seeker in the Circle class—that she can recognize and embrace her own sovereignty, and understand to her core that she is the boss of her own energies, and that goes for mortals and for Deities.

I hope she is able to examine what’s going on with allowing her energies to be usurped—is it that she must learn how to put good boundaries in place? Is she giving away her energy, her abilities as a healer, as a type of enabling? Or does she feel like if she doesn’t say “yes” every time she’s asked that she will no longer be lovable?

There are no easy answers to these questions, and I’m certainly not the person to answer them on behalf of another. The Pagan’s Path, the Witch’s Way—part and parcel of these spiritual journeys for all of us is self-examination and active truth-seeking. Ours is not a complacent system of belief no matter the belief system.

When I first started exploring a relationship with Hekate, I ended up walking away. She scared the socks off of me. In the ensuing year or so I researched and tested out the possibility of a relationship with other Deities, and I learned a lot about myself along the way.

Eventually I felt a nudge from Hekate; she reached out to me this second time, and this time I said “yes”. She’s still kind of terrifying, but these days I’m kind of terrifying, too, so it’s a good match. Am I Her servant? No. Do I serve as Her hands and voice on this plane? Yes, or at least I‘m pretty sure I do.

So, respectfully decline if you need to. The Deities will always be there if you should change your mind. As long as you’re responding from a place of authenticity and clear-eyed self-awareness you should be OK. And humility, because having good boundaries and claiming your personal agency doesn’t mean you can’t be humble. After all, They’re Deities, and a little healthy respect can go a long way, even when you’re saying “no”. 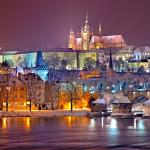 February 18, 2020
Irish-American Witchcraft: Fae in the City
Next Post