I’ve seen a noticeable uptick in the last several months among US-based Celtic* pagans (in particular) of the idea that ancestry is in some way essential to a Celtic pagan spirituality. I’m going to be honest: I find that idea concerning, so I decided that I’d write about it today and try to dig into the concept. I feel strongly that this is an issue we, as a community, must face head on, now, to avoid much more significant issues later. In this case it is too easy for things to slide – slowly or quickly – into a place of white supremacy and that is not a place I will stand by and watch my spirituality go to.

I’ve never been subtle with my opinion on this, and anyone who has ever read my other writings should be aware that I’m very strongly against racism or xenophobia in spirituality. I believe that Celtic language-speaking cultures are not genetic but learned, meaning that anyone with enough effort and acceptance from the culture can belong. Modern Ireland, Wales, and Scotland (for some examples) are diverse places and that diversity needs to be appreciated and respected; the idea that a person having a different ethnicity or skin colour being disallowed from so-called Celtic spirituality is, in my opinion, nonsense.

What I see more and more often is people who clearly establish their ancestry or ancestral connection to a Celtic language culture in order to justify or explain why they are choosing that path. And to be clear there is nothing wrong with seeking spirituality by looking to where you or your family has come from. However, I encourage people to really think about why they are doing this. Are you seeking to connect to spirituality through the guidance of ancestors? Or are you using ancestry as a way to feel entitled to a spirituality? Is that ancestral connection a stepping stone forward for you, or is a shortcut to a sense of belonging?

Most importantly, do you think that people with no ancestral connection can still follow a Celtic language-speaking paganism?

I have seen people ignore 90% of their ancestors in order to focus on a single one, often many generations back, as if having that one ancestor was a key to accessing a spiritual path. and I always wonder, what about the other 90%?

For myself, I think that in the United States we need to – and I mean need to – acknowledge and integrate all of our ancestry and our wider cultural history even if we don’t choose to incorporate all of it into our spirituality. This can be a painful and messy process especially as it inevitably means acknowledging the mistakes and pain inflicted by various groups on each other. But we cannot pick and choose here because ignoring one group that we find distasteful to focus on one we like inevitably creates problems for us on deep levels. My own ancestry comes from various groups which killed or oppressed each other over the last several hundred years, but I can only heal that within myself by acknowledging it.

If we do decide to focus in on one specific aspect of our heritage then it’s important not to see that genetic connection as a free pass. What makes you a Celtic pagan, of any flavour, isn’t who your great-grandmother was but how much you work to understand that culture and its Gods & spirits. Connection to these cultures takes effort and a willingness to be open minded and to learn.

What the Mythology Has to Say

I generally don’t like to lean on mythology or textual references for these topics because so often they are twisted to support agendas. However in this case I do want to point out that in Irish mythology – the Lebor Gabala Erenn specifically – when humans first came to Ireland in the form of the Milesians they acknowledged and respected the Irish sovereignty Goddesses despite having their own deities beforehand. There is a scene where the sons of Mil meet each of three sovereignty Goddesses in turn and make deals with them to secure Ireland for themselves. When one of the Milesians, Donn, argues that they should not do this because they have their own Gods already, the elements turn against him and he is drowned. After this battle, when the Milesians have secured Ireland, they must make a pact with the Dagda in order for their crops and cows to flourish. All of this says to me that it isn’t where you come from or what Gods you worshipped before that matters, but whether a person is willing to enter into a relationship with the Gods of Ireland.

Many people seek spirituality by looking to their own heritage and there is nothing wrong with that, but that heritage is not in any way a prerequisite to Celtic paganism. There is, and should be, no proof of ancestry required, no judgment based on appearance, no need to justify your interest.  The world is an ever-changing place and diversity is a strength, not a weakness. If your ancestral connection does matter to you then seek to nourish and expand that, certainly, but never fall into the trap of seeing it as necessary to who and what you worship in a Celtic context.

You don’t need a DNA test to be a Celtic pagan. You just need a willingness to learn and connect to the specific culture.

*I personally do not like the term Celtic, which is often misused in paganism, but in this instance I am using it because it is the term that the community itself uses. My own usage would lean more towards Celtic language-speaking with an understanding that each individual culture within that is unique, rather than the widespread use of the word as an umbrella term for one unified culture that never really existed as such. 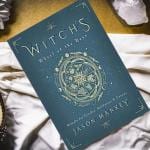 March 4, 2020
The Corner Crone: Book Review – Witch’s Wheel of the Year
Next Post 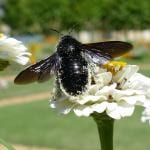 March 12, 2020 The Balancing Path: Including Queer and Genderqueer Fertility
Recent Comments
0 | Leave a Comment
Browse Our Archives
get the latest updates from
Agora
and the Patheos
Pagan
Channel
POPULAR AT PATHEOS Pagan
1