In the last few years there’s been an increase in the popularity of witchcraft and as always when a thing gets popular this has had some interesting results. There’s been a flurry of interest in witchcraft by teenagers and young adults, many of whom get into it not through books but through Youtube and Tik Tok. It is, in many ways, a cultural shift and one which like all such is seeing some pushback by those already invested in witchcraft as a practice or spirituality. And so we see people for whom witchcraft is only an aesthetic and we see people who are writing and talking about witchcraft with a bare minimal knowledge of the subject, and we see the inevitable unhappy responses to that. So let’s look at aesthetic witchcraft and basic witchcraft and perhaps what’s really behind the anger trying to cut those people out.

Since at least 2017 we’ve seen a rise in what some people term ‘aesthetic’ witches, that is, people who aren’t serious practitioners – or practitioners at all – but like the wider look society associates with modern witchcraft. Think black clothes, pentacles, bones, herbs, cauldrons, and so on. This is particularly common from what I’ve seen with Gen Z, and is reflected in the places you’re most likely to find the aesthetic propagated: Pinterest, Tik Tok, Instagram, and Tumblr. Not that it’s limited to those places of course but they are particularly suited to it. For years this has caused some controversy among people who consider themselves serious witches or even witch adjacent and a quick search of Youtube with those keywords will give you examples of people with very strong opinions against aesthetic witches. In 2017 John Beckett wrote The Aesthetic of Witchcraft and the Return of Real Magic in which he expressed his own possibly more balanced view of the subject. This 2019 article, Witch Season Provides a Deep Look Into the Millennial* Mindset explores some of the possible potential social motivations of the last four years that may be motivating this aesthetic among young women.

Idiomatically ‘basic’ applied to anything, such as basic witches, means that thing is uninspired, unoriginal, or just like everything else. As the meaning shows, it’s usually used as some form of pejorative, although it can range from mild teasing to genuine insult. A basic witch by the general metric would be a witch who is powerless and boring, who just repeats popular material, and who doesn’t really understand the spiritual end of things. This 2014 college article takes a humorous view of Basic Witches while this Basic Witches vs Bad Witches article from the same year is more sharply pointed.

There has been some attempt to own this term in a positive sense in the 2017 book Basic Witches, which embraces education from that ‘basic’ point of view and tries to tackle what it describes as modern problems. I haven’t read the book myself so I can’t speak to the content but certainly its existence says something about the zeitgeist.

Both of these ‘types’ of witches are people one way or another seeking empowerment and a feeling of connection. Multiple news articles have tackled the subject, trying to pull apart why it is we find ourselves in a time when young people are looking to witchcraft in greater numbers. The Boston Globe looked at Gen Z and Millennials embracing witchcraft in the 2019 article Looking for a Little Magic; around the same time the NY Times asked When Did Everybody Become a Witch?. In 2018 Newsweek, MarketWatch, and the Washington Post ran articles exploring this same fascination with witchcraft and the demographic shift. It’s been a big topic for several years and the general consensus seems to be that people in their teens and twenties are disempowered and disillusioned and seeking something to address both…and are finding witchcraft. Which is exactly what witchcraft has always been rooted in: empowering the disempowered and giving direction to those who feel they have no control and no choices.

However you try to argue this, ultimately the disdain for Aesthetic and so-called Basic witches is rooted in gatekeeping. Now to be clear there are some kinds of gatekeeping that are good and essential: keeping out people who are dangerous, for example, is a good thing. But this sort of gatekeeping isn’t the good kind, it’s coming from the idea that witchcraft is only for very serious practitioners. And I think we all need to be honest with ourselves that none of us has the right to police witchcraft at large – it’s an impossible task anyway – and that we can’t set a personal standard up as a universal one. Specific traditions and groups can control who they accept or don’t based on criteria like dedication or seriousness towards the practices, but witchcraft at large belongs to no one. And no one person gets to decide who does or doesn’t belong.

Is dabbling a good idea? No. Will people do it anyway? Yes. A lot of times what’s really going on though, I think, isn’t concern with dabblers but with people making witchcraft look silly by embracing stereotypes. The problem comes, though, in that sometimes what are projected out as stereotypes are genuinely things people like or enjoy or find value in and it seems unfair to tell anyone they shouldn’t wear a certain colour or practice a certain way just because we personally don’t also like those things or like the way society stereotypes based on them.

Also this idea that any of us can judge a person’s seriousness, or should, based on how they dress or what aesthetic they like is ridiculous. I also think it would behoove all of us to remember that we started somewhere once ourselves and that our own start may have been silly or embraced the aesthetic to the nines because at the time that’s what we needed. Everyone starts somewhere, and if that start fizzles out, so be it. If it means mistakes that are painful lessons, so be it. And if it means the beginning of a long and rich spirituality growing for them from that basic, aesthetic seed then good.

Personally I don’t mind aesthetic or basic witches. I’ve been called both by people trying to insult me** and I don’t care. If a person needs that aesthetic, that costume of witchcraft, to feel stronger, more powerful, or just happier then who am I to ruin that for them? It doesn’t lessen my own witchcraft or diminish my personal spirituality.  If a chain store wants to sell a witchcraft starter kit, good, let the idea of magic as a useful tool reach the masses. I can remember a time when I didn’t dare wear a pentacle in public and when the occult section of the closest book store was two shelves sandwiched in with the astrology books.  I know it’s still like that in places. So bring on the aesthetic witches looking to feel empowered and bring on the basic witches still learning and bring on the wider acceptance of witches in general. The mysteries and the deeper practices will survive as they always have.

There is some irony, perhaps in both concepts which reflect the mainstreaming of witchcraft finally finding some success. But there’s also some hope in these, I think, because they reflect witchcraft through the eyes and slang of the newest generation of witches.

*Millennial is probably a misnomer here as Gen Z would be more accurate. I don’t know why the media insists on acting like ‘millennial’ refers to younger people and not people between 25 and 40. Arguably some of the older articles from 5 or 6 years ago may have been touching on the youngest millennials, but in general today these terms most often get thrown at people in their late teens or early 20’s. It would be super nice if we could stop being ageist in any direction by the way, and assuming Gen Z are all dabblers. Just saying.

**see my previous blog Acceptability Politics and Being a Goth Witch 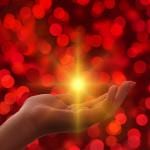 May 21, 2020
The Balancing Path: Elemental Spirit and Animism
Next Post

May 26, 2020 The Balancing Path: Why and How to Use Gender Neutral Language
Recent Comments
0 | Leave a Comment
Browse Our Archives
get the latest updates from
Agora
and the Patheos
Pagan
Channel
POPULAR AT PATHEOS Pagan
1