The Aesthetic of Witchcraft and the Return of Real Magic

Witches always draw the media’s attention around Halloween, but last week I saw a number of articles about the “aesthetic of witchcraft.” Some of them came from mainstream sources, such as this segment from NPR on Embracing the Word Witch and this post from Buzzfeed on How Witchcraft Became A Brand. Gordon White, Peter Grey, and Alkistis Dimech discussed it on last week’s Rune Soup podcast.

For the most part, these pieces aren’t about witches who cast circles, brew potions, and worship The Goddess. They’re not about witches who summon spirits or make pacts with the devil. They’re about young women who adopt the mythology and especially the fashion of witchcraft without any of its magical or religious elements.

Some witches aren’t sure what to think about this trend. Some are decrying it as another case of consumerism run amuck. Last month Laura Tempest Zakroff wrote this humorous-but-serious piece titled An Acid Witch in response to the fashion trend of “basic witch.”

My first thought was that this is an argument I need to avoid. I’m not a witch and I’m certainly not a young woman – other people are more invested in this than I am.

But I am a magician, and I am someone who pays attention to the wider world. And I think it’s worth taking a deeper look at the aesthetic of witchcraft and what it means for Pagans and polytheists. 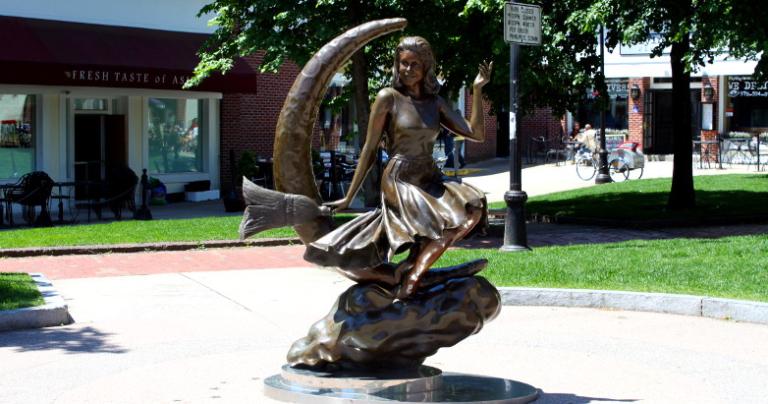 I get it. You put a ton of work into your Wiccan initiations and you guard your mysteries with care. You put years into studying herb lore and developing your own potions. The idea of some kid whose “basic witch” outfit costs more than your annual book budget claiming your title is annoying if not downright offensive. I imagine it’s similar to how I react when I get questions about Druids based on computer games.

But the witch is a universal myth. Or if it’s not universal, it’s so widespread it might as well be. In our culture we have the witches of Shakespeare’s Macbeth, the Wicked Witch of the West, Angelique, Samantha, Sabrina, Willow, and Hermione Granger. We have The Witches of Eastwick and the witches of American Horror Story: Coven. Whatever your desire, there’s a witch to match.

While witchcraft is not entirely a blank slate, it is a malleable form. It is and it can be many things. Some are deeply religious, some are ruthlessly pragmatic… and some are fashion choices.

In most places, a witch isn’t something you want to identify with

If people believe magic is real, then they’re likely to assume some people are using it for nefarious purposes… likely because that’s what they’d do if they could, even though they swear they wouldn’t. Witch burnings still happen in parts of Africa and Asia because people are afraid that their neighbors are using magic against them. And of course, the accused are always the others: old women, young children, and those who look and sound different from everyone else.

The United States is only a little over 300 years removed from our own witch trials and the resulting judicial murders. The last person convicted of witchcraft in Great Britain was Helen Duncan in 1944.

We look at these stories and say “those weren’t really witches.” In the vast majority of cases, that’s true.

But there have always been real witches – people who used magic for unauthorized purposes. Sick and can’t afford a doctor? Go see the local witch (who, up until 150 years or so ago, probably could do just as well). Got a spiritual problem the priest just won’t understand? Go see the witch. Can’t get justice from the law? Go see the witch.

None of these people would have called themselves witches. Those in power called them witches to discredit them. The name stuck, and the image of the witch is strong in our culture.

So it’s no surprise that those who feel threatened and excluded by those in power are attracted to the image of the witch and to the forms of witchcraft. And since there’s no risk of being burned at the stake, more and more people are not only willing to visit the witch, but to call themselves witches. 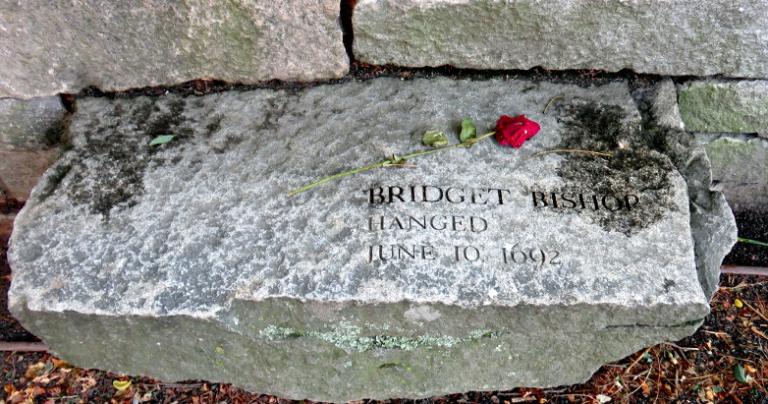 Witchcraft is the recourse of the dispossessed

I may be an old middle class white guy, but even I can see that a lot of young women feel dispossessed. And why wouldn’t they? Rising student debt and the disappearance of the jobs needed to pay it back. Attacks on women’s health care and on the mechanisms to pay for it. Rape culture and #metoo. And all the troubles we’re seeing that effect everyone regardless of age and gender.

You can go where people have gone for centuries – to see the local witch.

Or perhaps, you can become a witch yourself.

There’s no such thing as bad publicity

The Irish playwright Oscar Wilde – who, lest we forget, spent two years in a torturous prison for being gay, and who died at age 46 three years after his release – said: “the only thing worse than being talked about is not being talked about.”

Perhaps I’m becoming (even more) cynical in my old age, but I no longer think Paganism has the capacity to save the world. I still believe the world would be a far better place if an animistic nature religion with both theistic and non-theistic expressions replaced the monotheisms and atheisms of today. But I think that’s highly unlikely to happen in the next 200 years, much less in my lifetime.

I continue to promote and publicize Paganism because for those of us who are open to its call, it provides a spiritual and religious path that is deep and meaningful. It provides context for our experiences of the world and it helps us deal with the Big Questions of Life. Perhaps most importantly, it provides practices and tools that help us navigate the world and all its challenges.

My Paganism is a magical religion. I’m not a witch so I don’t call my magic witchcraft, but there’s a strong family resemblance.

So when someone else promotes witchcraft – even if they’re only propagating the aesthetic of witchcraft – they’re providing publicity for all of us under the Pagan umbrella.

That’s not going to convert the world to Paganism. But it will cause a few people stop and think, and to realize there’s something in that aesthetic that’s calling to them, something that goes beyond fictional characters, black clothes, and crystals. 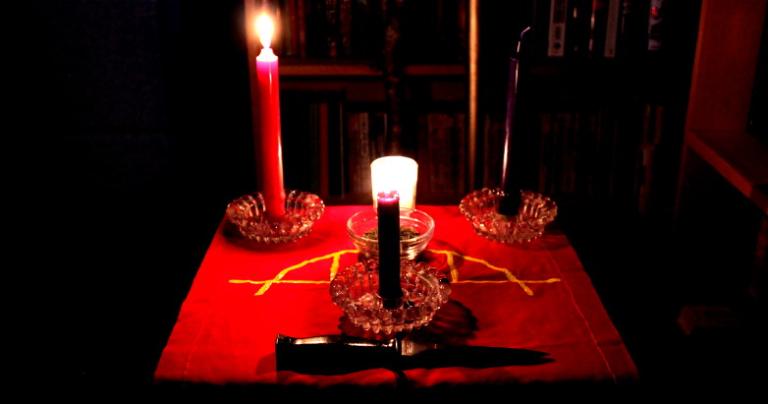 Witchcraft survived literal witch hunters – it will survive this too

While adopting the forms and language of witchcraft is a good thing, adopting the practice of witchcraft is better. Calling yourself a witch may make you feel strong, but knowing you have magical skills at your disposal is stronger. I really do wish the basic witches and brand witches were studying and practicing actual witchcraft.

But witchcraft and magic are stronger than any pop culture trend. They’ve been around for at least as long as we’ve been human – magic is part of our human legacy. Witchcraft has survived new religions, official prohibitions, witch hunts (actual witch hunts, not someone investigating your dirty politics), and materialistic debunkings. It’s survived because it’s strong and because it’s helpful to those who practice it.

Witchcraft is strong enough to survive being the shallow trend of the moment.

The aesthetic of witchcraft in the context of the shredded Veil

It would be the height of irony to criticize those who call themselves witches but who don’t practice witchcraft and not look at the magical forces in play in our contemporary world.

Yes, navigating the ordinary world is becoming more difficult in the decline of the American empire. And yes, people have always turned to magic and witchcraft (and religion) in difficult times. But the Veil Between the Worlds is shredded. The Otherworld is bleeding through into this world. The Fair Folk are returning to the ordinary world and setting up shop. People aren’t just experiencing a need for magic, magic itself is getting stronger.

Many of us for whom Gods, spirits, and magic are our life’s work are seeing this. Some are reluctant to make universal claims. That’s a fair approach, particularly considering that magic never really went away outside the Northern European – North American sphere of influence. But whether the phenomenon is global, regional, or personal, we are seeing and hearing and experiencing things that are unprecedented in the collective memory of anyone alive today.

I have my own ideas as to what’s behind this, although they’re mostly speculative at this point. But whatever it is, it’s affecting more than just the Pagan and magical communities.

Some people are feeling it, but so faintly that they can’t recognize it. Others are hearing it loud and clear, but they don’t have the context to respond properly – they’re completely convinced witchcraft is fictional and nothing more. And so some of this is coming through as entertainment and fashion instead of as actual witchcraft. 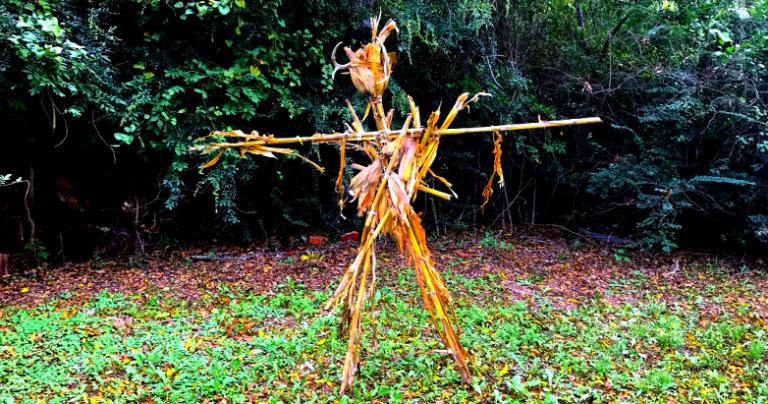 A Pagan response to a mainstream trend

There are good reasons why the aesthetic of witchcraft is a hot trend. People – mainly young women – are responding to a difficult and unjust world, and they’re responding to shifts in the currents of magic. Some have the knowledge and skills to find real witchcraft, and some don’t.

I want to make sure that those who have the aptitude and the desire to learn real magic and real Pagan religion can find the resources they need. I want to help restore historical context for magic and help create contemporary context. I want to help teach and train those who show up on my doorstep looking for guidance.

And that’s going to keep me so busy I can’t spend much time worrying about those who just want to look like a witch. 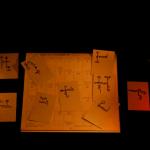 November 5, 2017
Give Your Magic Time To Work
Next Post 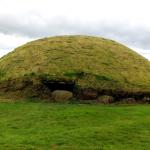