American Horror Story and the Currents of Magic 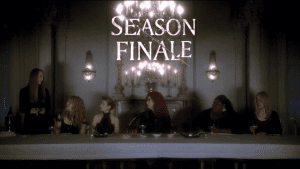 This post contains spoilers.  If you haven’t seen the finale of American Horror Story: Coven you may want to come back and read it later.

After 13 episodes featuring plot twists, turns and train wrecks, the biggest shocker of all came in the final scene of American Horror Story: Coven – a happy ending.

The Pagan community has had a very mixed response to Coven.  I have Facebook friends who rave about it, who wear black on Wednesdays and who claim they should be the next Supreme.  My fellow Patheos Pagan bloggers pretty much despise the show:  Jason Mankey’s recap and Lilith Dorsey’s farewell cover their complaints.

Those complaints are valid.  Coven portrayed witches and other magic users in a rather bleak light – neither as we are nor as we wish we were.  The witches were shallow and vindictive, Marie Laveau sold her soul and sacrificed infants, and the Voodoo loa Papa Legba was turned into a slight variation on the Christian devil.

Yes, it’s TV fiction and not an anthropological documentary.  No, nobody ever mentioned Wicca or Paganism – the only religion that ever came up was Christianity.  Yes, the title is American Horror Story, not American Inspirational Story – you expected it to be disturbing.  But even given the nature of this particular beast, I was hoping for better storytelling:  tighter plots, fewer subplots, and fewer inexplicable acts by main characters.

I had high expectations for American Horror Story: Coven and most of those expectations were not met.  But I still watched it to the end, which is rare for me – I watch very few TV series.

I think I enjoyed the finale’s opening scene more than anything else all season:  Stevie Nicks twirling through the house singing “Seven Wonders” while the witches practiced for their tests.  I immediately kicked myself for not connecting that song with the Seven Wonders of the Supreme, but while I liked Fleetwood Mac way back when, I wasn’t obsessed with them.  That scene was what I was hoping for when I first heard about Miss Robichaux’s Academy for Exceptional Young Ladies – a school where young witches would work to grow into their powers.  As Jason Mankey complained, Miss Robichaux’s wasn’t a school, it was a hotel. 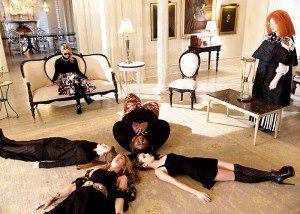 The first of the Seven Wonders were simple enough, but it was clear the swamp witch Misty Day was out of her element.  When it came time to journey to the Underworld (did anyone else hear Captain Barbossa saying “It’s not gettin’ to the Land of the Dead that’s the problem. It’s gettin’ back!”?), Queenie (who had been there before) made it back quickly, but Misty got stuck in an infinite loop of her worst day, resurrecting and then killing a frog in high school biology lab, over and over and over again.

From a story progression standpoint, that served to eliminate one of the candidates, but while the list of Coven characters who deserved to end up in Hell is long, Misty wasn’t on it.  She was the kindest and most innocent of all the witches, including Nan.  But journeying to the Underworld is a hazardous ordeal, and when you deal with hazardous things either you can do them or you can’t.

A universalist point of order: nobody deserves to end up in Hell, even Delphine LaLaurie… not that I wouldn’t be very tempted to send her there if I could.  I do wonder how many times the historical Delphine LaLaurie has been reborn as a slave or a refugee or other person in horrible circumstances.  Hopefully she’s learned something by now.

If there was a key theme running through American Horror Story: Coven – and that’s a big “if” – it’s the ambiguous nature of power, and the effects of power on those who have it and on those who seek it.

On one hand, those who have power tend to abuse it:  LaLaurie’s power over her slaves and her daughters, Madison flipping the bus and killing innocent guys along with those who raped her, the witch hunters, and pretty much Fiona’s whole life.  On the other hand, those who shy away from power get walked over, or worse:  Misty, Kyle, and up till the end, Cordelia.

Coven had a happy ending because Cordelia finally agreed to pursue and claim the power of the Supreme – but not for herself.  Her goal wasn’t make herself rich and powerful and young forever – her goal was to protect the coven, rebuild the school, and empower the dozens (hundreds?) of young witches who were hiding in the shadows.

But trying to read moral lessons into American Horror Story: Coven misses the point.  It’s cool.  It’s sexy.  It’s fun even though it’s frustrating.  It’s dark fantasy about a type of witchcraft that has long been feared even though it doesn’t exist, at least not exactly like this.  It’s what we wish we could do, even though we wouldn’t… probably… maybe…

Several observers of pop culture and the entertainment world have said “witches are the new vampires.”  Witches and witchcraft are popping up on television to an extent we haven’t seen in 15 years, if ever.  Most of the shows appear to be targeted to teenage girls, which means there’s not a chance in the Hell that doesn’t exist that I’ll be watching them.

Most of their viewers will see witchcraft as a pleasant fantasy.  Most will see magic as “oh, if only I could…”  Most will watch a season or two and then move on to some other entertainment.

But for a few, a new curiosity will be kindled.  Or perhaps a vague desire will be given a name.  Or a life-long interest will become urgent enough to finally pursue.  And because some of us have done like Cordelia at the end of Coven and gone public with our magic, those people will have resources to turn to.

The currents of magic are rising in the mainstream world.  Let’s ride them while we can. 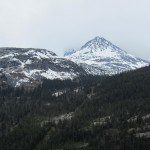 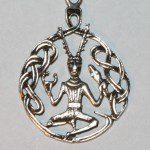 February 4, 2014 Why I Am a Devotional Polytheist
Recent Comments
11 Comments | Leave a Comment
Browse Our Archives
Related posts from John Beckett