Why I Am a Devotional Polytheist

I have mixed feelings about the current arguments around the definition of “polytheist.”

As a Big Tent Pagan – and as a Unitarian Universalist – I don’t much care what the person standing next to me in the circle believes about the Gods.  I care that they honor the Gods, but whether they honor  Them as distinct individual beings or as aspects of the Divine or as representations of natural forces or as metaphors and archetypes isn’t really my concern.  Make your offerings and embody Their virtues as you go about your business. 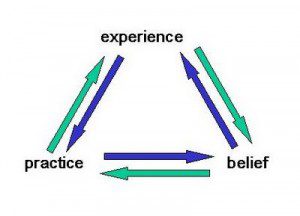 On the other hand, I care very much what I believe about the Gods.  I interpret my experiences through my beliefs, and my practices are designed to reinforce my beliefs and thus facilitate further religious experiences.  The better my thoughts about the Gods align with the way I experience Them, the better I can connect with Them, the better I can understand Them, and the better I can carry out the work They have asked me to do in this world.  So I’m constantly reading other people’s ideas about polytheism, comparing and contrasting them with my own ideas, seeing what reinforces my beliefs and what challenges me to think a little deeper or in a slightly different direction.

But not all approaches to polytheism are helpful to me.

I have great respect for John Halstead – the work he did identifying the Four Centers of Paganism has been invaluable to me.  But his ideas on Jungian Polytheism bear little resemblance to my experiences, so they aren’t helpful in refining my beliefs.  I have great respect for Alison Lilly – her animistic polytheism is intellectually sound.  But it wasn’t the mountains or the mist who overshadowed me, who occupied my body and my mind – it was Cernunnos.  Alison’s ideas, while thought-provoking, do not help me deepen my bond with Him.

I grew up with a fairly traditional Evangelical Protestant view of God as the stern father in the sky.  When I could no longer accept what I had been taught, my beliefs morphed into a sort of vague deism.  When I started exploring Paganism, this background was a major hindrance.  The Goddess I was introduced to via Wicca made sense intuitively, but that required me to back away from my vague deism.  That in turn required me to rethink my concept of God, which proved very easy intellectually and very hard emotionally.  The concept of the stern father in the sky had been burned into my brain as a small child and reimagining it was very difficult.

And what was I supposed to do with all these pantheons of Goddesses and Gods from Greece and Rome and Egypt and Ireland and everywhere else around the world?  It’s no wonder my Pagan practice went nowhere for years.

The story of how I finally started going somewhere is here.  Go read it if you like – what’s important for this matter is that I did overcome my theological impasse.

When Denton CUUPS was preparing for our first Egyptian Summer Solstice ritual, we were determined to do it right.  We drew heavily from descriptions of daily temple rituals in the Coffin Texts, the Pyramid Texts, and the Book of Going Forth by Day.  In preparation for the ritual, we held a series of meditations on the Ennead – one God or Goddess each night for nine nights.

Although I used the same basic approach in each meditation, my experiences were very different from deity to deity.  This was perhaps most noticeable when I communed with Isis and Set on consecutive nights.  If you’ve read anything about Them and Their stories, this will not be a surprise.

Much of the material I was studying at the time was still Wiccanish and duotheistic, so I didn’t change my overall view of the Gods.  But the experience stayed with me – and it was repeated whenever I meditated on individual deities from any culture.  Encountering different deities always produced different experiences.

John Michael Greer’s A World Full of Gods gave me a reasoned interpretation of those experiences.  Here’s a quote from my short review: 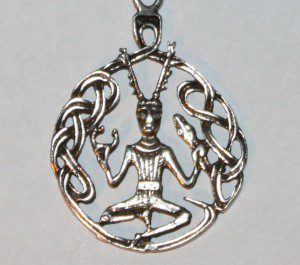 What I experienced in meditation was turned up by a factor of ten when I participated in direct communion with Cernunnos.  This wasn’t a general feeling or an involuntary visualization or a voice in the back of my head.  This was the real and distinct presence of a divine being in me.  I didn’t lose self-awareness like some accounts I’ve read of divine possession, but I clearly had another awareness and another will in me.

I’ve had moments of Unity, mystical experiences found in virtually every religious tradition in the world.  This wasn’t that.  That (Unity) was me dissolving into the Universe.  This (Cernunnos) was me overshadowed by another individual being.  The two experiences have some similarities but they were more different than alike, both while they were happening and later when I tried to interpret them.

If there was any doubt as to how I should understand the Gods, it ended when I began to interact with Morrigan.

We had honored Morrigan as Lady of Sovereignty in several rituals over the years with little feedback.  We invited, She showed up, we made offerings, She gave a vague blessing, we said thanks, She left.  And then one day I had a friend in danger in another state.  The friend needed help – I couldn’t do anything directly.  I asked Morrigan for help – help came.  A few weeks later, a similar situation played out similarly – I asked, Morrigan granted.

When I made a third request, Morrigan said “I have done this for you, now I want you to do something for me.”  That began a 2½ year relationship that has included multiple blog posts, an initiation, a devotional ritual, a Sunday sermon in a UU church, and a dramatic ritual telling of Her stories.

Morrigan has been mostly quiet in my life since last Beltane (and in some others’ lives as well, if the drop in internet traffic is any indication).  I’m currently in deep devotional work with another Goddess, but I’m wondering what will happen when I meet with some of Morrigan’s priests at Pantheacon…

My beliefs about the Gods flow from my experience of the Gods.  Of the various conceptions of the Gods currently being discussed and practiced within modern Paganism, devotional polytheism best matches my experience.  John Michael Greer’s book provides a philosophical grounding and a jumping off point for further philosophical and theological exploration.  The work of other devotional polytheists gives me more points for comparison and contrast… and, I trust, I provide that for them.

And so I meditate, pray, and make offerings.  I study the history of my Gods and how They were worshipped by our ancestors.  I tell Their stories and lead rituals in Their honor.  I listen for Their wisdom and Their instructions, and I do my best to act accordingly.  And I see Them as real, distinct, individual beings with Their own areas of interest and responsibility, Their own hopes and dreams and goals, and Their own sovereignty and agency.

I am a devotional polytheist because I have experienced Gods who are real, distinct, and individual. 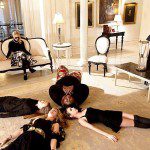 February 2, 2014
American Horror Story and the Currents of Magic
Next Post 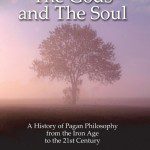 February 6, 2014 The Earth, The Gods and The Soul
Recent Comments
19 Comments | Leave a Comment
Browse Our Archives
Related posts from John Beckett