On Friday night, seven people gathered in a back yard in Denton for a devotional ritual to the Goddess Morrigan. It was an intensely powerful experience.

Though we took no oaths of secrecy (none were asked and none were made) the experience feels too intimate to share in great detail. But I think there is value in telling at least part of this story, in showing what can be done and what Pagan ritual can be and do when we are in alignment with each other and with our gods and goddesses.

This was a very different setting from the public circles I usually write about. There was no detailed script, just an outline we really didn’t need. A small fire was burning in a pit at the center of the circle, torches marked the quarters, and a covered table served as a simple altar.

We censed and anointed everyone, then Cynthia began casting the circle. About half way through the casting something shifted within me. I went from “Ritual Facilitator Making Sure It All Happens Right” to “Fully Engaged Participant.” The not-insignificant background noise didn’t go away, but it blended together into white noise. Streetlights were lost in the night sky. Even the house seemed to fade away. There was only the circle and the seven of us.

Then we began the invocations to Morrigan. We used a variation on our invocation from Winter Solstice and also an invocation in Gaulish (one of the ancient Celtic languages) provided by Morpheus Ravenna. We made offerings: red flowers, apples, and red wine. We sang.

We performed a variation on a Drawing Down rite, with Erin serving as priestess.

And then She* came.

She wasn’t threatening but She was very clearly in command – I think She knew the respect we have for Her and that She didn’t have to convince anybody who She is. She seemed pleased that we were honoring Her and attempting to answer Her call.

She asked us to make our oaths on a spear, and warned us not to promise what we would not do. I reaffirmed the promise I made at Between the Worlds to stop compartmentalizing my life. I couldn’t hear what – or if – the others promised.

One thing She said I clearly remember: “this is only the beginning.” This matches what I’ve heard from others who are working with and for Morrigan: a storm is coming. Gather your tribe. Reclaim your sovereignty. There is much work to do.

She left rather abruptly. We gave thanks, closed our circle, and went inside to eat and talk. We did more eating than talking, even me – and I’m usually one to analyze something from every conceivable angle. It was like we all understood we had been part of something special but that there’s lots of work that will be coming our way.

So why am I sharing this brief story about a brief encounter with a goddess? Because I want to encourage others to do rituals like this.

It’s good to honor, venerate, and yes, worship our gods and goddesses. We do lots of rituals to celebrate and lots more to work magic. Those are all good, but how about some rituals to simply show our devotion and render due honor to the deities we follow?

I want to encourage small groups of like-minded Pagans to work together in intimate settings. Six of the seven of us who performed this devotion have worked together for eight years. We don’t all see things exactly the same way, but we know each other and we trust each other – we trust our intentions and we know our abilities. That let us be open and vulnerable – it let Erin open herself to a goddess without worrying that someone would misinterpret the words that came out of her mouth. You only get that level of trust by working together in situations that require trust.

And at the risk of sounding like an evangelist, I want to encourage Pagans to listen for the call of Morrigan. She’s a complex goddess. She can be blunt, rough, and violent. She is the Battle Raven and is not to be trifled with. But she has a message I believe is critical for our future as Pagans, as humans, and as creatures of the Earth.

A storm is coming. Gather your tribe. Reclaim your sovereignty.

Blessed be the Morrigan.

* I don’t normally capitalize pronouns that refer to deities. My understanding is that’s a relatively modern Christian practice. It’s always struck me as unnecessary, at best. But in telling this story, it seems like the right thing to do. Is this a permanent style change for me? Probably not, but stay tuned… 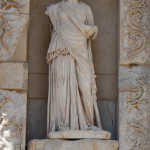 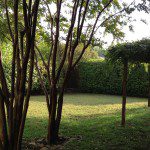 February 13, 2013 Beyond Beginnings
Recent Comments
6 Comments | Leave a Comment
"Wise post. I really love your line "learn to be happy with what makes you ..."
OrderInTheQuartz 8 Pieces of Bad Advice
"On the "make what you love into a business" - the corollary to "No battle ..."
Helmsman Of-Inepu 8 Pieces of Bad Advice
"The two pantheons for which I have a DNA connection both were pretty clear about ..."
Lady_Ashmire All Are Worthy and the Gods ..."
"No Egyptian DNA (not in this lifetime, anyway), but I feel connected to Bast and ..."
Amanda Ingalls All Are Worthy and the Gods ..."
Browse Our Archives
Related posts from John Beckett