The Re-emergence of the Fair Folk in the Ordinary World

The Re-emergence of the Fair Folk in the Ordinary World March 7, 2017 John Beckett

The high strangeness continues. The rational world – if such a thing ever existed except in the minds of a few intellectuals and atheists – is in tatters. Whether our current political and environmental disasters are its cause or its symptom is a matter of debate, but what is not up for debate – except by those who refuse to see what’s plainly there – is that we are experiencing Otherworldly phenomena at a rate and intensity not seen in generations and possibly in millennia.

I’ve experienced some of this myself. And because I write publicly about this and related issues in a respectful manner, I get comments and questions from others who’ve experienced it too, or who want to experience it for themselves.

Lately I’m getting questions about the fae.

The fae, the sidhe, the fair folk, the gentry, the good neighbors, the Aos Sí – there are many names for them. Some say they’re nature spirits, some say they’re lesser Gods, some say they’re the people who occupied these lands (especially the lands of Northwestern Europe) before our ancestors arrived. I see them as a wide range of spiritual beings who mostly keep to themselves but occasionally wander into the ordinary world for one reason or another.

The Fair Folk are not my area of expertise. If you have any interest in them at all I strongly, strongly encourage you to do some deeper reading.

Start with The Fairy-Faith in Celtic Countries by Walter Yeeling Evans-Wentz. It’s a survey of encounters with a variety of fae in the Celtic lands. It was first published in 1911 – most of the stories in it are from the 19th century. It’s a book that likely could not be written today, in part because most of the believers in the Otherfolk have died off, and in part because no serious academic today could dare write a book so sympathetic to the supernatural without killing their career.

The great majority of men in cities are apt to pride themselves on their own exemption from ‘superstition’ and to smile pityingly at the poor countrymen and countrywomen who believe in fairies. But when they do so they forget that, with all their own admirable progress in material invention, with all the far-reaching data of their acquired science, with all the vast extent of their commercial and economic conquests, they themselves have ceased to be natural.

After that, get Morgan Daimler’s book Fairycraft: Following The Path Of Fairy Witchcraft, particularly if you think you want to “work with the faeries.” I did a brief review of it last September and I highly recommend it.

This is not a “what are the fae?” post, but I will say this: everything Disney taught you about faeries is wrong, and dangerous. They are not small, cute, and harmless. They range in size from tiny to giants, and while some are creatures of amazing beauty, others are the stuff of nightmares. As with humans, outward appearance is no guide to inner qualities. Some see us as occasionally useful simpletons, some as entertaining playthings, and some as lunch.

Almost all the legends and tales say they either cannot lie or will not lie, but they can and will twist the truth so grotesquely you’ll think up is down. If you deal with them, pay careful attention and be scrupulous with your word. Do not promise what you cannot, will not, or do not want to do. 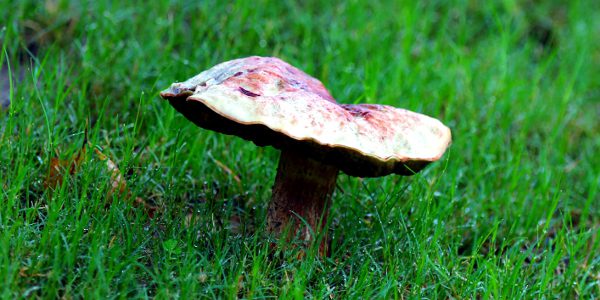 I say the Fair Folk are re-emerging in the ordinary world (do not call it “our world” for it was once theirs, and they have not forgotten this), but they never really went away, not entirely. Perhaps they came into this world less often, but mainly we stopped noticing them, and we ridiculed those who did.

Now we’re seeing them, hearing them, and feeling the impact of their presence on an increasingly frequent basis. Maybe it’s because the Veil Between the Worlds isn’t what it once was. Maybe it’s because there are too many open portals. Maybe the Good Neighbors themselves are opening them. I don’t know why, I just know this is what we’re experiencing.

Given what our ancestors thought of the fae, why should we deal with them at all? Why not just ignore them when we can and placate them with whiskey and cream when we can’t?

Because there is much we can learn from them. Now, do not think for a minute they are here to be our teachers. If they are in this world, they are here for their own reasons, not to “help us learn and grow in love and light” or anything naïve and self-centered like that. That’s one of the things we can learn from them – to remember that life isn’t all about us and to respect the sovereignty of all beings. We can learn to be true to our word, and we can learn to be so precise in our language that our magic improves because we’re always working for exactly what we want.

We should interact with the Fair Folk because we have common interests. Again, do not think for a minute they are “on our side.” They are on no one’s side but their own – forget that at your peril. While certain fae would be quite happy if we drove ourselves to extinction, we share this world with them, or at least parts of it. And if the Earth becomes inhospitable for us, it is likely to become inhospitable for them as well. We have a common interest in caring for the Earth, or at least not screwing it up even worse than we already have.

The virtues of hospitality and reciprocity apply to all our neighbors.

I cannot tell you how to see the fae or how to contact them and I would not if I could. Too many people have too many silly Disneyfied misconceptions about who they are and what they want and I will not be responsible for you getting yourself locked in a fairy ring to dance until you die.

But our world is changing rapidly and not for the better. We need the help of all our allies, which means we need to be allies worthy of help. The Fair Folk are re-emerging in the ordinary world. Take the time to learn a thing or two about them so they will be more likely to see you as an honorable person who they can deal with honorably. 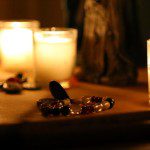 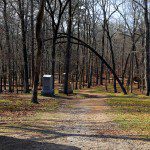 March 9, 2017 Listening to the Dead at a Civil War Battlefield
Recent Comments
0 | Leave a Comment
Browse Our Archives
get the latest from
John Beckett
Sign up for our newsletter
POPULAR AT PATHEOS Pagan
1