The DruWitch Way: Going Deep in a Shut-down World

The DruWitch Way: Going Deep in a Shut-down World May 13, 2020 Tara Sanchez

When the UK Government issued the instructions on the 23rd of March that we were to stay at home I found myself with an initial burst of creative energy. Many activities and events that I had felt obliged to say ‘yes’ to were no longer in the cards.

Coven was on hold, talks were cancelled, and my world felt an awful lot clearer. As a woman with a grown-up child who lives away from home, I could suddenly see a whole world of opportunities that had for too long been at the bottom of the priorities list bubbling forth in a well-spring of magick and creativity.

I spent the best part of a week creating Talismans to charge for various spirits. A bunch of grimoires I have been meaning to properly study and work from found themselves dusted off and sat on my desk. And (sorry bibliophiles) I broke out the highlighter pens and their spines with the intention of making notes, and really making them work.

I wrote a few blog posts, started a proposal for a new magickal/pagan book and would you believe it wrote half a fantasy fiction novel based on the Arthurian Romances. As a natural introvert it was all going swimmingly, until it wasn’t.

About three weeks in I found myself grinding to a halt and staring far too often at a blank screen with a cursor blinking. The Talismans I made, consecrated but unused, fell out my journal every time I opened it, irritating the life out of me. The outline for the proposal mocked me and jeered until I sat in bed with a multi-day migraine.

Thus ensued several weeks of navel gazing and general sulking before I picked myself up and started again. But do you know what? It’s alright because as long as the gazing leads somewhere and the sulking isn’t petulant, we can call this kind of event ‘shadow work’ and speak no more about the copious amounts of chocolate, cake and red wine that may get consumed during these periods.

Anyway, moving swiftly on, I decided one afternoon to catch up with some long overdue reading. I have a pile of magazines and journals for various groups and organisations that often grows to perilous heights before I tackle them and on this day armed with a large glass of Malbec, an even larger bowl of fried pork rinds and a determined mind, I started wading my way through, looking for something, anything, some kind of inspiration.

After hours, one sentence jumped out at me. “Dive deeper into what you have already and do not scratch the itch of going wider”[1]

When was the last time I took a skill I already had and went deeper? Honestly, I just didn’t know.

It’s fair to say that I am a Jack of all trades; there are not many of the mainstream magickal systems that I haven’t stuck my insatiable snout into at some point or another. Even the title of this column for The Agora is an indication of my somewhat eclectic approach to life; I’m a Dru-witch. If I wanted to be even more specific, I might say I am a Thelemicish Dru-witch (try explaining that one at dinner parties). By my very nature I tend to cast my net wide, I endeavor to become competent at a skill and then move on, so where would I go deeper when my ability to go out, to interact, to obtain or create resources was so limited? These are the three areas that I came up with; perhaps they will work for you too?

I’ve heard too many people cry out in angst over the concept of meditation over the years. I truly hate most books on meditation; they give unrealistic expectations. Meditation as they sell it doesn’t take weeks, or months, but years to master; but they make out that you too can do it in just 5 minutes.

Please don’t say you can’t meditate unless you have committed to a good half an hour twice a day for at least 6 months. Truth is, if you sit down, shut your eyes and work on calming the monkey mind then you ARE meditating; you may not be achieving higher states of consciousness, but you are doing the thing no matter how many times your mind wanders.

That being said, sitting and focusing on the cold air at the end of your nostrils is not the only technique and it’s often the case of finding the right one (I hate the word ‘nostril’ by the way, it makes me want to retch or punch something or both some days, so a lot of mindfulness guided stuff just doesn’t work for me).

Don’t worry if your brain heads off in 100 different directions when doing a sitting practice. Believe it or not it’s supposed to but if you are really struggling maybe try visual meditation instead; find a Yantra or another image to focus upon. I discovered at the beginning of the lockdown that my Vedic number and sign is 3 and is aligned to Jupiter, so I printed out the Yantra for Jupiter to meditate upon on Thursdays and I have created to small shrine on my desk. It is now a focus of regular meditations.

Building upon the meditation work, I decided to try and create a relationship with the deity Brihaspati, associated with Jupiter and also known as a guru, by reciting the beej mantra related to this god-form every night before bed. So often we initiate relationships with Gods, Goddesses, Angels, Demons and other spirits because we want something from them. Then we build the relationship after the initial contact. Being at home, being limited on resources, felt like a perfect time to just say hello to someone new, and certainly mantras and glasses of water and offerings of honey or sugar in front of a print-out or even your mobile phone showing the picture can be something that can be done even when things are pretty glum.

Now is the time to really get to know the Tarot deck, Runes, Oghams or I Ching that have been sitting in the back of the cupboard and if at the end of a month if they don’t bring you joy, as Marie Kondo would say, then find them another home.  Use these tools as doorways or portals and build upon your meditation techniques. I have been using The Wheel (associated with Jupiter), The Moon (associated with Pisces) and The Hanged Man (associated with the element of water) as portals through which to travel etherically to learn more about myself, my magic, and how I can go even deeper still. You may like to look at your own numerological, planetary, astrological and elemental correspondences to help you with this work.

Truth is, even if you are the world’s biggest introvert, not one of us is truly equipped to cope with what is happening now; it’s a time of change and nobody is going to expect you to be hammering down the gates of heaven or invoking the 4 Great Princes of Hell whilst you’re stuck at home.

Keep it small, keep it simple, but just go deep, as deep as you can and open your mind.

About Tara Sanchez
I am a Gardnerian Witch with heavy Druidic tendencies which I think my coven mates mostly tolerate, or at least they humour me when I come up with oddball rituals based on snippets of folklore or myth. I can often be found getting up to mayhem and magick on the wonderful Island of Anglesey, a place where Gin is a sacramental offering. My love of divination is unbridled and I currently own well over a hundred Tarot decks (but please no-one tell my husband! ) and I love to teach and give talks and workshops on Magick, Folklore, Oracular techniques and not surprisingly the Tarot. You can find a whole host of articles and information about my current research at http://tarasanchez.com/ You can read more about the author here.
Previous Post 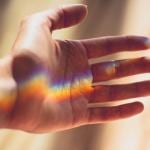 May 12, 2020
Irish-American Witchcraft: Fairy Witchcraft During a Pandemic
Next Post 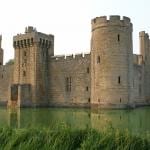 May 14, 2020 The Corner Crone: A Practice Steeped in Isolation
Recent Comments
0 | Leave a Comment
"The Facebook thing has many facets but the political Facebook thing is about freedom and ..."
JenniWest Between Two Worlds: Dark Moon, Tarot, ..."
"Thank you."
Willow Rose The Corner Crone: Who Do I ..."
"Thanks! I was off "temporarily" for one lunar cycle and didn't miss Facebook..at all. So ..."
Brianne Raven Wolf Between Two Worlds: Dark Moon, Tarot, ..."
"Amazing and exactly the words I needed to hear in the exactly the right way. ..."
carastotler Starry Eyed Witch: Sovereignty Under The ..."
Browse Our Archives
get the latest from
Agora
Sign up for our newsletter
POPULAR AT PATHEOS Pagan
1