Phoenix Rising: Demeter Erinyes – The Mother is Back, and She is Pissed

Given my love of Persephone, it’s not surprising that I would also feel a strong connection to Demeter and so it seemed only logical that the book I intend as a follow up to Persephone: Practicing the Art of Personal Power would be focused on Persephone’s mother. While doing research for this book recently, I was reminded that one of Demeter’s aspects is that of Demeter Erinyes.

I haven’t been particularly drawn to this aspect of Demeter in the past. Perhaps it’s due to the recent events in our country but suddenly I could feel the energy of Demeter Erinyes quite clearly and something clicked. I thought about the mothers who recently formed a line to protect protestors in Portland, Oregon. Despite being tear-gassed and beaten for peacefully protesting, they came back again the next day. The wronged mother is back to fight for her children, and she is pissed.

Most people associate the Mother archetype with a woman who is nurturing and willing to sacrifice all for her children. Certainly that is true for Demeter as she does everything she can to protect her daughter, Persephone, and searches for her tirelessly once she realizes her daughter is gone. As told in the Homeric myth, “Hymn to Demeter”, her grief is such that she refuses to eat or bathe and she stops the crops on Earth from growing. Even in her traditional myth, however, we can see glimpses of the Erinyes archetype in Demeter’s actions.

According to Homer’s myth, Hades abducts Persephone to be his wife in the Underworld with the full consent of his brother and Persephone’s father, Zeus. Neither man thinks to talk with Demeter about the fate of her daughter. When Demeter learns from Helios what has happened, Helios tells her not to worry because Hades is a god and will make a fine son-in-law.

The male gods in the myth consistently seem to show no concern or respect for Demeter or her daughter. At first, they think her impotent but eventually the gods realize that if the drought imposed by Demeter continues, all of the humans will die and there will be no one left to worship them. Demeter refuses to allow the crops to grow again until her daughter is brought back to her. The goddess once thought to be powerless or insignificant brings these arrogant male gods to their knees.

While the Erinyes have traditionally been viewed as being the threefold Furies, Demeter was also manifest as a goddess known to avenge crimes of wrongdoing. According to Pausanias, there was a Demeter sanctuary in Onkeion in Arcadia and it was there that she was worshipped in her aspect of Erinyes. In addition to angrily pursuing those who had abused their power and/or harmed others, she was also seen as a protector of others – especially those whose rights were being violated.

Homer’s story about Persephone’s abduction illustrates the power of her anger, but it is in another story where she is raped by Poseidon that evokes the most direct connection to her vengeful side. Kathie Carlson, author of Life’s Daughter/Death’s Bride, states, “The vehicle of unchecked patriarchal lust and assertion of unrelational power over the Feminine, it is also a gross dishonor to the mother…and evokes from the most primordial layer of the Feminine it violates – the Crone…” (1997).

I would broaden Carlson’s statement to include not just assertion of power over the Feminine, but over anyone who is oppressed, fighting on behalf of the oppressed, and/or fighting to restore balance, human rights, and common decency. I also think it’s important to remember that the mother archetype doesn’t just apply to women who have given birth to children. I have known many strong women who did not have children of their own but nevertheless were excellent nurturers – be it of other people, animals, or projects. Myths – particularly those written through a patriarchal lens – tend to focus on female deities as being one dimension. Just like us humans, I find they are often three dimensional. Women contain both the gentle, nurturing mother and the badass, terrifying crone. All one needs to do to see this is to look at how a mother bear acts when she thinks her cubs are in danger.

I see more and more women manifesting their fierceness in an effort to stand up for what’s right and protect others. I see women taking the pain and rage associated with Demeter Erinyes as well as the empathy, compassion, and nurturing typically associated with Demeter in her mother aspect and channeling it into action. And if that isn’t magick, what is?

BIPOC moms have been instrumental in calling attention to social injustices and organizing and spearheading movements to enact change. The women forming a “wall of moms” at the front of a protest on Sunday – many of whom had never been to a protest before – were heard to be chanting, “Leave our kids alone”. I believe that most if not all of these women were compelled to these actions not only because of injustices that may have harmed their family members but also because they recognize that we belong to each other and that their children expand beyond those they may have given birth to. When George Floyd was murdered by police and he called out for his mother, it struck a chord with mothers from all walks of life. Demeter Erinyes’ energy is manifest in Mary Helen Kennerly’s statement which was present in a blog post as well as a meme that went viral:

“Want to know why Minneapolis is burning? Mama. He called Mama. At least that’s why I want to burn, why I feel like I could scream until flames rip out of my throat. He has called up greater power….Mama is coming. And the men who make order in the world should be very afraid.”

I see the flame of Demeter Erinyes in my mother who is in her 70s and who, until a few years ago, had never been particularly outspoken on political issues. Now, not a day goes by that she doesn’t share her views and condemn injustices on her Facebook page. I see it in my mother’s friends, my sister, my nieces who are in their late teens and early 20s. I see it among friends and women I work with, some of whom have traditionally done everything they could to draw attention to themselves – especially when it comes to issues of politics and social justice.

While my job has long required me to be an advocate for others, I, too, feel the flames of Demeter Erinyes’ anger with injustice rising ever higher and with an even more compelling need to do more to restore the balance and make things right. What’s even more encouraging is the increasing number of people of all genders who may not have heard the call of the mother within themselves but who recognize what the mother archetype has to teach us and who stand beside those manifesting Demeter’s Erinyes aspect.

They say hell hath no fury like a woman scorned. I say you don’t know what hell is until you have threatened a mother’s children.

Demeter Erinyes has had enough and she is making herself known.

You can find more information about Pagan Portals “Persephone: Practicing the Art of Personal Power” here. 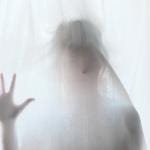 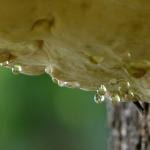