The Corner Crone: The ‘Perfect’ Curse

Lately, though, the more I read, the more pressure I feel to do things perfectly.  The underlying message is that if I follow my intuition and not a prescribed way of practicing magick it will lead to at worst, blowing up the space-time continuum or, at least, getting some nasty spirit attachment.

Those of us who work with deities or spirits want to honor them by bringing the best of ourselves to the altar. From offering first fruits, with its origins in ancient Greece as well as Hebrew and Roman faith traditions, to wearing specific Ritual clothing and/or jewelry to using particular altar tools, we want everything to be, well, perfect when honoring our deities.

And yet we are imperfect beings living in a natural world that has her own discrete life, her own interdependent rhythms. What happens to our relationships with our deities when this yearning for perfection in our Rituals supersedes the purpose of the Ritual itself?

In researching perfectionism, this paragraph in Psychology Today’s definition stood out:

What makes extreme perfectionism so toxic is that while those in its grip desire success, they are most focused on avoiding failure, resulting in a negative orientation. They don’t believe in unconditional love, expecting others’ affection and approval to be dependent on a flawless performance.

And this paragraph from the article What the New Cult of Perfectionism Means for Motherhood by Sophie McBain also caught my attention:

[Psychologists] once distinguished between healthy perfectionism, the kind that makes you aim high and work hard, and maladaptive perfectionism, the sort that turns you into a psychological mess with a debilitating fear of failure.

Nowadays, however, there’s broadening agreement among researchers that perfectionism is always harmful. When we focus on its apparent upsides we are often confusing it with more useful qualities such as conscientiousness.

This delineation between perfectionism and conscientiousness, I think, translates well to how we may sometimes approach Ritual. I think there is value in understanding that no matter how mindful and intentional we may be when crafting our Rituals, there’s usually at least some chance of something going sideways when we bring that Ritual to life.

Perfectionism in Ritual can mean that if I don’t have the “right” tools—specifically, if I don’t buy the proper tools—then my spellcasting is flawed or damaged. There’s an undeniable taint of consumerism in that mindset that denies or, at the very least, weakens the concept of the inherent power of a witch focusing and manifesting their will.

Perfectionism in Ritual can mean that if we’re outdoors and the wind blows out the candles or a soaking rain sweeps through after we’ve cast our Circle, we might as well pack it in and call it a night because our working is now ruined.

Perfectionism in large group Ritual can mean that when like-minded strangers attending your Ritual don’t behave in the ways you anticipated, you’re unable to recalibrate and incorporate what’s actually happening into the structure you’ve envisioned.

Approaching your Ritual with a mindset of conscientiousness, though, allows those unanticipated moments of grace (or Spirit) to percolate through the limestone of your Ritual’s structure, and affords you an opportunity for transcendence.

But That Wasn’t the Plan!

I’ll give you an example. Several years ago the Kindred I was active in led the Opening Circle of our city’s Pagan Pride event. During the summer months before Pagan Pride a group of us met regularly to discuss and build a Ritual around that year’s theme. Two of us attended a workshop on leading large group Ritual at Pagan Spirit Gathering and incorporated some of that learning into the developing Ritual as well.

We had two or three rehearsals in the weeks before Pride so that we could make sure all of the many moving pieces were able to transition smoothly from one to the other, further refining those things that looked great on paper but weren’t coming to life particularly well. We made a minute-by-minute schedule of the Ritual’s components, including padding in some time for unexpected whatevers.

One of the things we wanted to be mindful about was differing mobility issues and to that end we decided that a circle within a circle would be part of our set-up; that is, we would invite folx who had issues standing for long periods of time and/or folx for whom walking hand in hand in a spiral would be problematic to set up their chairs in a small circle in close perimeter around the altar.

We had envisioned a full seated mini-circle; what happened was that three people (out of 200 or so) elected to take the inner circle option.

And so our perfect inner circle became a somewhat scraggly, nowhere close to a circle perfect or otherwise front row—with, as it happened, Selena Fox right in the center—and thus began the Opening Ritual.

So you don’t have beeswax candles. Maybe you don’t have a traditional boline and a traditional athame and can’t afford to buy them. Or perhaps any number of other “it’s gotta be this way” items are just not going to work for you for one reason or another. Does not having any of these things weaken your ability to manifest your intentions? Does forgetting the matches and having to step outside of your Circle to get them crush the energies of your Ritual?

Clearly, I’m thinking “no”. And while I do agree that a modicum of mindfulness before Ritual can go a long way toward mitigating most snafus (like forgetting to have the matches handy), I also think that sometimes hiccups happen and that deities usually lean more toward tolerance than not. I don’t think deities expect a flawless performance, and I’m pretty sure they’d take conscientiousness over perfection any day of the week.

What does conscientiousness entail? For me, reading, research, and continuing education about Hekate using trusted sources such as theoi.com, The Covenant of Hekate, Keeping Her Keys, and other well-researched resources. And while I do try to bring the best of myself to the altar, I do so with the ever-present knowledge that my best will never be perfect. Rather than focusing on and lamenting the imperfections (my best is neither good nor worthy enough), I instead find a clarity of purpose and certainty of acceptance in knowing that whatever it may look like in the moment, what I’m bringing is the best of me.

When our focus is primarily on performing a perfect Ritual rather than on offering our gratitudes and/or petitions and deepening our relationships with our deities, that’s problematic (at least for me; as always, Witch, you do you). Maybe that wind that blew my candles out is ruah, the breath of Spirit, seeking my attention. If I’m busy trying to relight the candles because darn it, I’m supposed to have lit candles, I might miss that message slipping past me.

In the end, it’s not about crossing all the t’s and dotting all the i’s. Do your due diligence, yes, but also discern what feels right to you and for you, what feels like a true expression of your most authentic self. Examine those many and varied traditions of Ritual so that you understand the why of what you’re doing, not simply the mechanics of it.

If you find there’s little to no congruence between what you’re doing in Ritual and who you know yourself to be, take that as an opportunity to either learn more about yourself or step outside the Ritual box in search of expressions that reflect who you are (or do both).

As theoretical physicist Steven Hawking said, “One of the basic rules of the universe is that nothing is perfect. Perfection simply doesn’t exist…..Without imperfection, neither you nor I would exist.” Like kintsugi, we are gloriously flawed. When we accept this in ourselves we can accept the burbles that may find their way into our Rituals, accept them, and find the moments of insight and grace that they offer to us. The moments of transcendence we may be seeking. 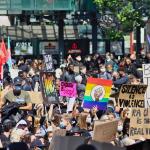 July 22, 2020
Phoenix Rising: Demeter Erinyes - The Mother is Back, and She is Pissed
Next Post 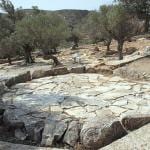 July 26, 2020 Living the Liminal: Modern Spells and the Threshing Floor
Recent Comments
0 | Leave a Comment
"So comments about using Latinx is essentially gatekeeping. If the term offends, then don't use ..."
Mirakel Mayoral-Goodwin Cross and Crossroads: Cultural Sensitivity and ..."
"Thank you so much, Terrance, for the kind review! I appreciate it and glad you ..."
Madame Pamita Pergamum Unfurled: Review – The Book ..."
"The Halloween Tree and Song of the Sea are wonderful for kids, with more of ..."
Lina Irish-American Witchcraft: 31 Movies for Halloween
"Halloween always sounds so cool in America."
JamieAdStories Outside the Circle: The Dark Legends ..."
Browse Our Archives
get the latest updates from
Agora
and the Patheos
Pagan
Channel
POPULAR AT PATHEOS Pagan
1

Irish-American Witchcraft: Why the Roots of...
Agora
Related posts from Agora

Pagan
The Corner Crone: Tarot by the Moon -...
Agora
TRENDING AT PATHEOS Pagan