As we continue to deal with the pandemic and the general chaos of 2020 I thought it might be nice to write something that had no higher purpose or deeper meaning than pure entertainment. To that ends I’m offering a list of random Irish mythology trivia*, rather in the realm of ‘fun facts’, which I hope people might enjoy.

So there you go, a baker’s dozen of Irish myth trivia. I hope you found them interesting or entertaining, even if you are already pretty familiar with the stories.

*This is expanded and revised from a blog I wrote in 2015. 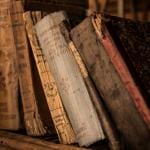 August 26, 2020 Druid in the City: Looking at Books with New Eyes
Recent Comments
0 | Leave a Comment
"Thanks for this. As someone who comes from a religion that had a lot of ..."
Kathy The DruWitch Way: What’s So Great ..."
"Just wanted to say thanks for the review of this, after reading it I went ..."
Crystalline Entity The Corner Crone: Sacred Gender (Review)
"What is bothersome about the world is the trust in medicine and providers. Skeptical beliefs ..."
Chas Dalton Hadrian’s Garden: Apollo & the Plague
"And there was a shooting at an LGBTQ club. We have a long way to ..."
Amanda Ingalls Between Two Worlds: Transgender Day of ..."
Browse Our Archives
Related posts from Agora