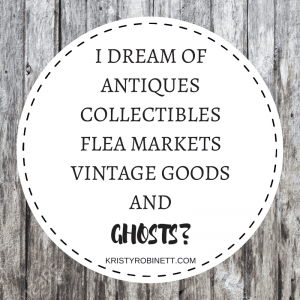 I love the vintage (farmhouse) design, but being an empath I have a hard time going to salvage and antique shops. Just entering a shop that holds items owned by others, attending estate sales or yard sales would leave me overwhelmed and sad. There have been times, even before walking in the door, I’ve felt like crying or I started uncontrollably shaking. Instead of leaving with a find, I’d leave with a headache and feel pure exhausted like I ran a marathon.

Items hold energy of the past owner, especially those objects that have an emotional connection such as jewelry and furniture. Picking up the emotions from objects or having blips of visions after being in the presence, touching, or holding an item is called psychometry, but for me it can be one big emotional distress.

When we moved into our 1930-ish farmhouse I had a vision in my mind how I wanted it decorated. Sure, we had furniture already and I wasn’t pitching (or could afford to pitch) all the old and replace with new, or vintage new, but I was determined to add some vintage pieces to my everyday living, both at home and my work office. It just so happened that the area we moved to doesn’t lack for these types of shops, and so I decided to work on amping up protecting my energy even more so than normal, reading the items to get a sense if it was okay to bring them home, and energetically cleansing the items once they became ours.

Vintage shopping has become an activity that both my husband and I discovered we both enjoy. While I like more of the shabby chic and repurposed pieces, my husband looks for more nostalgic pieces that remind him of his childhood. More times than not we are off in separate areas browsing, and there have been instances that no matter what I do to protect myself I simply can’t deal with the energy of the location or the merchandise the store has. It has zilch effect on Chuck so I’ll wait in the car or move on to another shop until he’s done. No use making myself ill and no use taking Chuck’s fun away because of my sensitive psychic side.

Some of our vintage finds have been a dining table and chairs, some end tables, signs, bird houses, candle holders, shelves, a couple lamps, and some other miscellaneous pieces that we want to repurpose our self for the garden. The other week we decided to take a drive to a location we’d never been to and it was there that this story really begins.

Chuck gravitated to the potato chip can right away and held it up like it was a newborn baby. I made a face at him, but he explained that his mom had that same chip can in their breezeway when he was growing up.

“She kept bird seed in it,” he told me. “I’ve been looking for one of these for a long time.” He sighed and set the New Era Chip can back in its place.

It was just a few dollars, and to me it looked like a rusty can, but to him it was nostalgic. Next to the can was a lamp made out of a yarn spool. To everyone else it probably looked ridiculous, but to me it reminded me of my mom who had collected spools.

The location had a nice energy to it, except at one point I got super dizzy and had to catch myself.

“A portal?” Chuck whispered to me.

He knew how my psychic signs turn into physical signs. I shook my head no. I didn’t know why I was all of a sudden feeling out of sorts.

“Probably just hungry,” I told him.

I paid the owner and we headed back home with our finds, except Chuck decided to get a car wash and made a turn down another street where we found another vintage shop. This store was more of Chuck’s taste, except add in a lot of dust and mildew smelling items. I did find a 1970 eagle that my dad had been looking for, and Chuck found a Sinclair Oil sign. His grandpa, who pretty much raised him, worked for Sinclair Oil so anything Sinclair was super special to him. It was a place that the energy was swirling and I simply felt like I needed to get out quick.

It was that night when strange things started happening. Now let me preface this with strange things seem to always happen around me, and we’ve had some paranormal encounters at the new home, but this was different.

Sitting on the couch that night both Chuck and I were reading, the house still, and my dad sound asleep in his room, we began to hear footsteps running up and down the stairway.

“Stop it,” Chuck called out thinking it was the cats playing chase, only the cats were sound asleep nearby. “That’s odd,” he said, realizing nobody was there. “Maybe the heat contracting.”

I just nodded in agreement, not thinking anything overly odd, but as soon as we went to bed the footsteps on the stairway began again. They felt rushed, and in a panic, and after getting up several times and nobody there, I put the blankets over my head and fell asleep.

The next night the footsteps started again.

“Why can’t you see them?” Chuck asked me, but I didn’t have a good answer. I typically saw spirits like flesh and blood, but I was not seeing at all.

I awoke that night to a man and a woman having a conversation from what sounded like our attic. Just above our bedroom we have a large attic that you can actually stand up in and when you walk on the floor boards it makes a distinct noise above you. The pacing and whispering lasted for almost an hour and it was only a few words that I could make out, but the emotion was again of panic and fear.

Chuck sleeps with ear plugs, so he was confused why dark circles had formed under my eyes that morning.

But I didn’t know.

The next night I woke up to the same pacing in our attic, up and down our stairway, and then the conversation was closer and more audible.

The next night Roberta, or Bobbie, as she asked to be called, shared her story with me. But why was she there? It was all Chuck’s fault. Or so that’s the story I’m using.

More on Bobbie and how Chuck brought a ghost home in tomorrow’s blog. 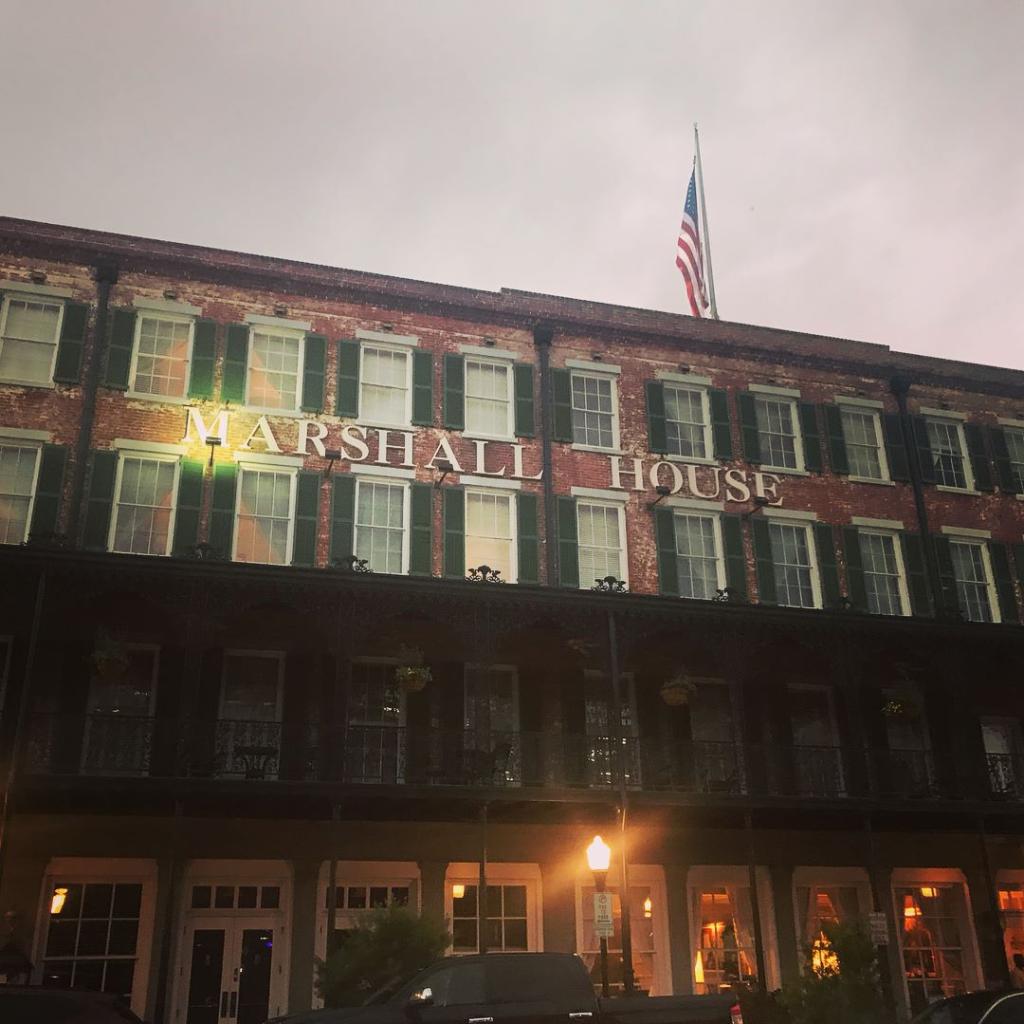 New Visions
History and Haunts in Savannah
A Happy Medium 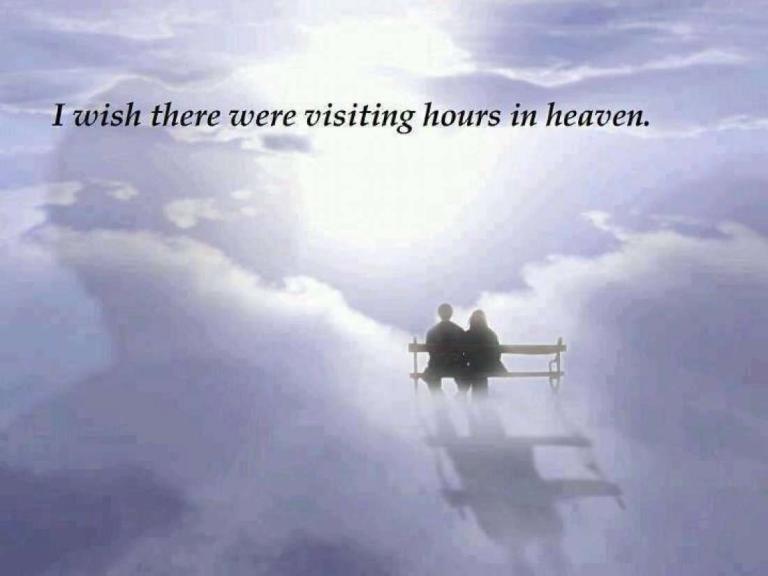 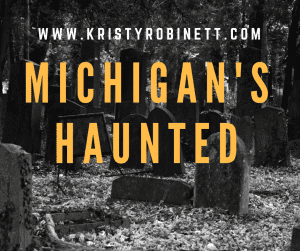 New Visions
A Michigan Haunting We Will Go
A Happy Medium 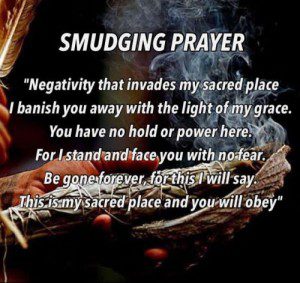