Sidelined or in the Game?

Sidelined or in the Game? September 27, 2018 Kristy Robinett 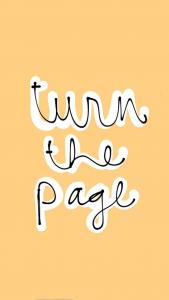 We welcomed in autumn a few days back. Many mourn summer and panic about the upcoming winter, but fall time is a time to ponder the year’s accomplishments. What seeds did you plant last spring that have grown and flourished? Did you take time to bask in the summer sun? How will you prepare for the upcoming winter? These are all soul questions to ask yourself through the autumn season; a perfect chance for contemplation and planning to see what you want to harvest?

The last few months I’ve been sidelined due to family obligations. I’ve felt off my game, sometimes not included in the game, and once in awhile when the Universe asked me to jump into the game, I’ve waved them off, content on to be benched. I’ve turned down radio shows. I’ve side stepped television projects. I’ve shuffled my feet on finishing my books. I haven’t returned text messages, emails, or calls. As I asked myself the above questions I realized that sometimes what seems comfortable is fear. Sometimes you choose the sidelines because you are afraid to play the game.

One week ago today my dad had open heart, triple bypass surgery. We were given the worst case scenarios and left my dad, with a kiss and a goodbye, as they whisked him away into the operating room. It would take 6-12 hours, and as we walked away we were again forewarned that this was a complicated case. Four hours into surgery the surgeon came out to tell us it was better than he could’ve imagined and that he was going to offer him a 10 year warranty on his work. It was less than 24 hours later that my dad was walking, eating, sitting up, and joking with us; his color better than I’ve seen in decades. Four days later he came home and is comfortably recovering in his recliner in the room next to me. With 24/7 care for the next couple weeks I had to re-schedule clients. I was upset. Some of the my clients were upset. I felt like I was sidelined, but as I sat here today after being Nurse Kristy, I realized there were no regrets.

I have a problem with being an over-achiever. The last couple months I’ve really learned my ‘no’. I’ve learned to prioritize, and although I’d like to say I feel good about it all, well I’m still working on it. Right now, I’m still sidelined, and it is okay. The game will always be there but this time it has to be the right one. No regrets. Having faith in your journey isn’t easy to have, but it lightens the darkened paths by bringing you sunbeams from heaven.

It isn’t a forever goodbye to Summer, just a see ya soon, and hopefully by next year we will be wiser.

I believe in you.
Believe,
Kristy Robinett
www.kristyrobinett.com

October 8, 2018 Witch...Please
Recent Comments
0 | Leave a Comment
"Wow! I was just struggling with a grudge against a co-worker and look what popped ..."
Katherine Osburn Excuse Me, Have You Found Jesus?
"I'm sorry for your loss. And how messed up that people confronted you like that! ..."
Kaia Rose My Big (and Only) Brother
"I'm so sorry for your loss. What a beautiful tribute to a special person!"
Kathy My Big (and Only) Brother
"Kristi - I honor your gift and your intention to comfort the bereaved with your ..."
Grace Terry Visits from the Other Side
Browse Our Archives
get the latest updates from
A Happy Medium
and the Patheos
New Visions
Channel
POPULAR AT PATHEOS New Visions
1 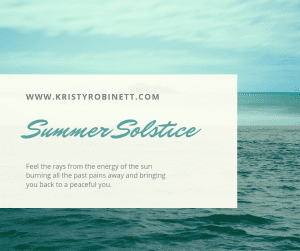 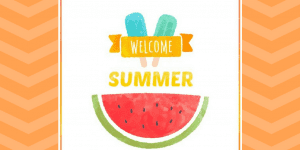