After that last series of essays, I will just lighten up a little.

On a Very Mixed Party at Bob and Bill’s

At first the dopers and the gays each thought
The others were straight, then everyone decided
Everyone else was cool, and the party warmed up.

At one point ten girls were, two by two,
The only ones dancing: flamboyant Maggie,
Milly, Bev, the German girl who lives with Maggie,
The blonde whom Rupert had been trying to pick up,
The little birdlike girl who shies away

From my glance at school, the rather Spanish girl,
The two who did not look feminine, and one other,
All singing along to the Lovin’ Spoonful:
“Younger girl keeps runnin’ cross my mind,”
“Do you believe in magic in a young girl’s heart,”
“Look out, pretty Mom, Ah’m on the road again,”
All so slim and pretty and being themselves,
Exotic flowers whom rougher hands than mine
Might try to pick and so destroy.

Later Maggie drew me out, saying
I was honored by her asking me to dance.
She was rather drunk and very pleased
To find I wished her well,
That she could talk honestly with me and get
Honest answers that were not stabbed at her.
She was very pretty in her boy’s shirt, bright tie,
Tight pants (the same style Rupert was wearing),
Short black hair. She chattered away after
We’d gotten past our defensiveness
About girls and social patterns and numbers.
Her outrageousness delighted me.
How could I have disapproved of her?
When there’s so much hatred in the world,
I have no quarrel with anyone who loves.

They tied her to the tree, and lit the fire.
You taste its ashes in your mouth.
No one tree escapes the forest fire.

Abandoned hills erode, stones topple,
No one dances, and fires are not allowed.

Not just the tree, not just the seed:
The ground itself has been destroyed.
The smoking silence pales the barren sun.

The lanterned madman cries, the news still comes:
That rough beast must be more free
Than the goat, his fire more subtle than the sun!

Up the airy mountain,
Down the rushy glen,
We may as well go hunting:
There are no little men.

The Romans had a god for everyone.
Laverna was for thieves,
Pickpockets, shopkeepers,
Dealers, plagiarists,
Imposters, and hypocrites.
Zeus gave her to those so low
They’d had no goddess of their own.
The other gods knew little of her;
She spent her time in the slums.
Her temple was in a grove outside Rome
Where robbers met to divvy up the loot.
When a pregnant girl, unmarried,
Prayed to her, the temple priestesses
Would deliver the child and raise it,
As they had been raised, to become

Another priest or priestess, but any girl
Could have her child back for the asking.
So young women loved her, and young men.
Some say the image in her temple
Was a head without a body;
Others say, a body with no head,
Still others, that she appeared whole
To those who stole or cheated skillfully.
But that Horace calls her beautiful
Shows that she, who gave disguises
To her flock, kept one for herself.
She was worshipped in absolute silence,
And no one has ever heard of her.

BTW, if you like my poems, my collected poetry, entitled Theodyssies and Paradoxologies, is available as both a Kindle ebook and as a paperback on Amazon.

July 3, 2012 Homage to Kropotkin
Recent Comments
0 | Leave a Comment
"I think this is lovely <3"
M.J. All the Prophets Say
"Reading this in 2021. Wondering if, after nearly a decade, how much of this still ..."
Lady Tam Li Hua What Is a Witch?
"Aidan, it's been two years. Are you still with us?"
Baruch Dreamstalker An Overview of My Life and ..."
"where's part four!?"
rainaelf A History of the Craft in ..."
Browse Our Archives
Related posts from Aidan Kelly: Including Paganism 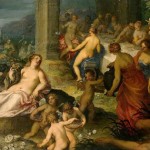 Pagan
The Allegory of the Diamond
Aidan Kelly: Including Paganism 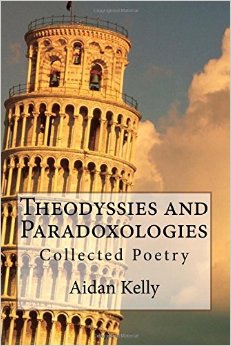 Pagan
Announcing: Songs for the Gods and Witches
Aidan Kelly: Including Paganism
TRENDING AT PATHEOS Pagan