What Is a Witch?

I am not silly enough to suppose that everyone, or even a majority among Witches, will agree with everything I will be saying here. However, I have been thinking about this question for quite a while, and I think that some systematic consideration of the issues involved can provide some clarity.

The vast majority of Pagans in America are those who call themselves Witches. But what exactly does “Witch” mean? As linguists know, the etymology of a word often has very little to do with how the word is actually used. Instead, one must consider what people might mean when they use the word. 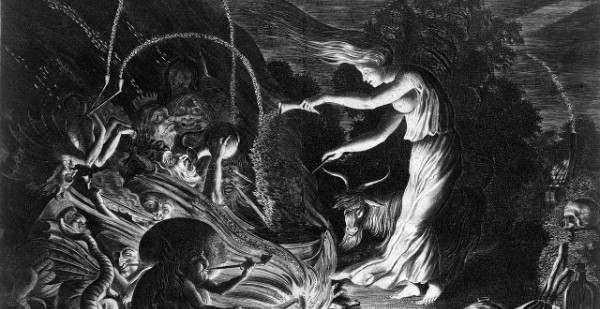 First, many people do still use “witch” to mean “someone who worships the Devil and/or evil and who engages in gratuitous malevolence.” Present-day Witches generally feel that such a definition of “witch” results merely from Christian politics and propaganda. True, there are now “Satanic” churches, the most prominent having been Anton LeVay’s Church of Satan and the Temple of Set, and its members do call themselves “witches,” which certainly confuses outsiders. However, as J. Gordon Melton has pointed out, the members of these churches are actually atheistic, hedonistic, and egoistic in their ethics. Pagan Witches regard Satanist witches as Christian heretics and not Pagan at all. Setting all that aside, we can look at the more positive usages of the term.

First, “witch” is often used to mean “someone who practices some form of magic.” But “folk magic” is ubiquitous, and those who practice it usually consider themselves to be devout members of the faith community around them, just with a special gift. They very rarely seem to think that their magical practice constitutes a unique religion. Nevertheless, there are quite a few such “magical witches,” and they logically must be considered part of the Craft movement.

Second, “witch” is often used to mean “someone who has and uses unusual psychic talents.” It can thus be applied to Spiritualist mediums, to clairvoyant readers, to diviners, and so on. Again, such people almost always consider them to be members of the surrounding faith community, just with a special talent, and likewise do not regard that talent as constituting a different religion.

Third, “witch” is now (and only recently) used to mean “someone who honors or worships the Old Gods” of whatever pantheon, though “Pagan” is also used with this meaning. Here the self-concept is that one is pursuing a religious path different from that of the surrounding community, but such pursuit does not necessarily involve any use of magic or psychic talents.

It is only within the Pagan movement as inspired by Gardnerian Witchcraft that these three different meanings have been bundled together into the current concept of the Pagan Witch as practicing a unique and magical religion.

At first, before the rise of the festival movement in America about 1980, a fourth meaning of “Witch” was included in this bundle: “someone who has been initiated as a member of an organized group (yes, a coven) that practices Witchcraft as a Pagan religion or as an apprentice of a master teacher of witchcraft.” Once the festivals had evolved to provide people with a way to celebrate the Wheel of the Year, and once enough “how to” books had been published to give people all the information they needed to practice the Craft as a solitary or only within their own families, joining a coven was no longer the only way to follow Wicca or a more generic form of Witchcraft as a spiritual path.

There had been some solitaries even in the 1960s and 1970s, but as a result of the festivals, around 1980 the movement divided into two categories, one being a laity, who now constitute at least 90 percent of all Witches in America, the other being those who have been initiated into and practice the Craft within a coven or equivalent group. However, a First-Degree initiate of a coven is not regarded as having any special authority or expertise, given that anyone can learn from the published books about 99 percent of what that initiate would know. Instead, there is another level of meaning.

The fifth possible meaning of “Witch” is “someone who has attained the highest level of training, ordination, and empowerment in a coven or equivalent group.” This level is generally known as the Third Degree, and those who have earned that degree collectively constitute something like an ordained clergy. Of course, this “clergy” has no way to give orders to or insist on orthodoxy or orthopraxis by the laity. Instead, the recognized leaders in the Craft and the overall Pagan movement are like the coordinators of any voluntary association. They lead by example, by persuasion, and by rewarding the efforts of the members. Hence there is some ambiguity: the terms “Witch” or “Wiccan” can refer to a lay or an initiated or an “ordained” practitioner of the Craft, and the only way to find out which meaning is intended is to ask for clarification.

It is widely (though not universally) believed in the Craft that the three-degree system was adopted by Gardner as part of his revival or reform or founding of Wicca as a modern religion. The three degrees clearly come from Masonry, as do the term “the Craft” and many details of Gardner’s initiation rituals. All the available information indicates that only one initiation was given in pre-Gardnerian witchcraft, followed by a long, usually lifelong, process of learning. One came to be considered an “Elder” or a “Magister” or a “High Priestess” when one had learned enough.

There are some widely known guidelines for how an initiate should be trained in a coven, although they are often embellished, mutated, or simply ignored, and they largely follow the pattern of higher education in European countries. The first step these days is Dedication, roughly equivalent to matriculation, that begins the traditional “year and a day” of training in the beliefs, practices, customs, etc., of that particular coven. If successful, the candidate then receives the First-Degree Initiation at the end of that year, thus becoming an actual member of the coven, a Priest or Priestess, and in that sense a Witch; this is rather like receiving the degree of Bachelor of Arts.

This first initiation then begins a second year of training, now in the more secret or private practices of the coven. At its end, the Second-Degree Initiation is rather like receiving the degree of Master of Arts. As in the medieval universities, this degree empowers one to begin teaching, and in British practice, it is considered the full ordination.

In American practice, the second initiation begins a third year of training, in even more secret and private knowledge and practices. The secrecy is not just mummery. Many Craft Elders believe that the knowledge gained in this third year could possibly be harmful to persons who lack the training needed to use it prudently. I personally believe such caution is salutary, because I do know that there are some things (not very many, but some) known by most Third-Degree Witches that have never been and, one may hope, never will be published.

Having attained this Sublime Degree, one is now entitled to be known as a High Priest or High Priestess; it is somewhat equivalent to receiving the degree of Doctor of Philosophy. Being a very intellectual religion, the Craft often attracts candidates who already have a conventional Bachelor’s degree, and in getting through the three years of rigorous curriculum used by many covens, the candidate often learns far more than some people do in a Master of Divinity program in many mainstream seminaries. During the last few decades, more and more Third-Degree Priests and Priestesses have gone back to school to earn advanced degrees, in order to become pastors of Pagan churches, chaplains in the military, college professors, and internationally recognized scholars.

However, there is more to the Craft than just being a newly respectable religion for middle-class intellectuals. Tell me, you initiates, did you come to the Craft in order to supposedly work magic by reading a script? In order to take a politically correct attitude toward ecology and the environment? Or were you lured in by the Goddess, by the archetype of Aradia as the rebel against corruption and oppression? Or did you find the Craft because you were sick of being lied to by the established churches? If your primary allegiance is to searching out truth, as mine is, then you are a sixth type of Witch, for which there is not yet an established term.

That’s enough for today. I will expand on this concept of the Sixth Witch in days to come.

July 17, 2012 The Three-Dimensional Structure of the Pagan Movement
Recent Comments
0 | Leave a Comment
Browse Our Archives
Related posts from Aidan Kelly: Including Paganism