While I would love to discuss a few other ‘p’ words, comments on privilege and how it applies to modern Pagandom will have to wait (perhaps indefinitely). Rather, I wanted to begin writing on a topic near to my heart: prayer.

The first prayer book I ever bought about prayer was A Book of Pagan Prayer by Ceisiwr Serith. When I first read it I was around fourteen and despised it – at least, the theology and reasoning behind the prayers. While I still find the book problematic, I now enjoy it. Perhaps strangely, I enjoy it but have not used prayers from it for a few years.

Prayer is a complicated topic in modern Pagandom. Quite a few people I’ve known detest the idea of praying (or worshiping), and many more believe that formalized prayer rather than spontaneous outbursts is bad or not as ‘spiritual’. I knew I wanted to pray and had since I was a child. I simply didn’t know how or what words to use. The idea of spontaneous prayer was lovely but impractical for me – whenever I felt the presence of my gods my mind often went blank.

Eventually I would get a handle on unscripted prayer, as basic as my words were. “I adore you, Beloved of Stars.” “My heart aches for you, Woman of the Worlds.” “I don’t have many words to give you, but I am trying and will always try.” Those were my prayers.

I began finding and reading prayer ancient and new – both to learn what others had said and what sort of prayers I liked. It became clear that I know little about prayer (and needed a re-reading of Serith’s book), and even recently I’ve had nerve-wracking moments where I wonder just how does one pray. How do I know I’m being heard? Does it even matter? Am I ‘getting it right’?

What I hope to do with this series of posts is articulate why I pray as well as how and to whom. Near the end of this series I’ll explore why modern Pagandom can be hostile to the idea of prayer, especially set prayer. As I said, prayer is dear to my heart – and is also a large part of my practice.

You concern with a truth beside truth
an image close but beyond.
And you who,
cloaked and starry, fell
river into river
to birth a shining form without form –
you are beside a liar.
We clawed at your cloaks
with smile and smirk you laid
so we were forgotten and far and gone.
to glitter! to glamor!
falsehood and fakery
deceptions weaved so elegantly
in mirrors upon mirrors upon mirror
til we held ourselves
O false
and knew truth beside truth
that form beyond form
glamor we had strove to won. 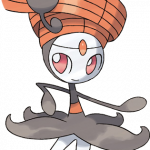 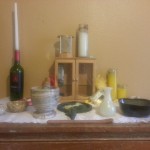