I sit halfway between ‘non-issue’ and ‘ew’. ‘Ew’ because that is my default reaction to most body-centric things in my life – exploring immanent spiritual paths has helped tone that down, slightly – and the ‘non-issue’ because, for me, the menstrual cycle isn’t gendered. I’m a boy, and I’m a boy that has a period, and that’s that. That’s why I don’t contribute to conversations about the cycle – in most (every conversation I’ve seen) it’s been coded as female only, and I have no place in that discussion or anything useful to add. I don’t think I belong in those conversations either. I don’t think a place should be made for me in female-spaces since I’m not, ya know, female.

For me, menstruation just is. There isn’t some great spiritual significance to it. There isn’t even mundane significance for me. I started bleeding earlier than most people do, and it was usually just an uncomfortable, awkward experience. Of course, I eventually encountered the far too popular idea that if we only accept our cycles and learn to love them than the pain of bleeding from inside your body and the spasms of your body shedding parts of itself will vanish. That works for some, but it didn’t work for me. I just decided to roll with what my body did. And on the pain scale, debilitating cramps were not the worst thing my body could hand me.

But that doesn’t mean it isn’t important to other trans* individuals. I’m big on new gods in the first place, so I’d love some exploration of deities that reflect trans* realities. We already are getting more exploration of ‘differently’ gendered deities, no doubt, and it’s incredible to see where we’re going. We’ve had debates and debates and more debates about gender.

And we’re going to keep having debates. I’m going to keep hearing people tell me that my existence (pardon me for breathing) is just too ‘politically correct’. (Neil Gaiman has a wondrous idea – replace ‘politically correct’ with ‘treating people with respect’. Gosh, ‘treating people with respect’ has just gotten so out of control!) Just my stating that menstruation isn’t solely female is probably raising a few blood pressures. I’m daring to exist, unapologetically, as a man. And I’m not ‘nice’ or ‘polite’ about it. I just am. And because I’m not trying to explain away my existence, I’m mean.

We’ve got interesting rituals and theologies built around menstruation-as-female. I look forward to seeing what theologies and practices bloom from people that experience it differently. 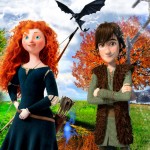 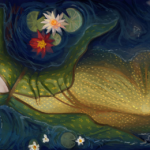 February 17, 2013 Meditation on the Ophelia
Recent Comments
0 | Leave a Comment
"Well said, Aine.My local zendo is closed, but I'm trying to apply the lessons I ..."
Lo The Despair of Doing Nothing
"Thank you! I'm glad you liked it."
Aine Pop Culture and Paganism
"Thanks so much for addressing this! Great post!"
Kris Hughes Pop Culture and Paganism
"Glad to see you back, great post. I’m not from otherfaith but created my own ..."
R. V. ‘Dalliances with Deities’ Opens Again
Browse Our Archives
get the latest from
Aine Llewellyn - Dalliances with Deities
Sign up for our newsletter
POPULAR AT PATHEOS Pagan
1

When Your "God Phone" Isn't Ringing
Feeling excluded from group chat? Worried your notifications aren't working? Don't give...
view all Pagan blogs
What Are Your Thoughts?leave a comment
Copyright 2008-2020, Patheos. All rights reserved.