I’m quite lucky in that most of my (online) religious community and friends are also geeky and heavily involved in fandom of some sort. Even while our religions and fandoms may not be the same, there has been a deep well of information and ideas to draw into my own practice. We have a tendency to toss out the random ideas – curses drawn from movies or television, correspondences made around cartoon characters, superheroes elevated to god-status (well, that’s hardly new) – and see where those ideas spin and weave. From Pandora and iPod music divination to blog ‘bibliomancy’, we’ve got whole new areas to explore for devotion (and magic).

This has been on the front of my mind as I begin restructuring my altars and deciding which practices to keep and which to cut, which serve and which I continue ‘just because’. (Though perhaps some people will find that ‘because reasons’ is a good enough…reason.) I already know which practices I’ll definitely be keeping, while some will have to be shelved while I think about why they’re necessary, and there are other practices I’d like to start.

One of these is centered around characters from a variety of popular children’s movies – Rise of the Guardians, How to Train Your Dragon, Tangled, and Brave. Whatever it is about these movies and the specific combination of them that has certain section of the internet so enamored, I have no clue. As for why I personally love them, my best answer would be that animated movies have been and will likely always be my preference, and you can’t be in fandom for long without wondering, “Hey, what would happen if we shoved these characters into the same room/universe?” And then you add in some spiritually-minded folk, and you get…well.

Correspondences and debates over what characters could be connected to which seasons, mumblings and murmurings over what the characters would oversee if they were gods or demigods or spirits, and questions on what altars to them would look like. And then those questions go from theory to practice, and people start practicing together and talking about it, and then more fictional-focused practices start popping up because there is something infectious and inflaming about the stories our culture paints on the screen.

I’ve been trying to figure out how to write about the pop culture and fictional influences that brush against my more religious practices, largely because it makes me uncomfortable to discuss very openly outside of my group of friends. It’s much easier to say, “Oh, I really like the stories,” or, “They inspire me to be more.” Those are both true statements. I’ve had discussions about what the stories mean to individual people and how they have re-awakened in a lot of us a strive to be more alive and in love (with life, with each other, with whatever!). Most Pagans will acknowledge that stories contain great power, and many times I’ve heard, “Myths are just stories, but stories have power.” So it really shouldn’t be nerve-wracking to talk about veneration of fictional characters. I suppose I could just use a bit more Gryffindor courage.

I started thinking about this sort of practice, though, when I began asking ‘why’. Why are people who worship made up gods told they’re ‘doing it wrong’? Why can’t I venerate a fictional character, especially one that’s going to be important to me anyway? Why shouldn’t I? Quite often, these characters feel closer to me than many gods, and I enjoy their stories more than most myths. Quite often, it has been their stories – read in libraries or hidden moments or with a flashlight when I should have been asleep – that kept me going when life was swinging at me. As I said in my last post, my prayer and adorations keep me stable and happy. And so does fandom and fiction and creativity.

I’ve never been one for boxes anyway. 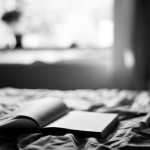 February 14, 2013 Menstruation Ain't (Always) Female
Recent Comments
0 | Leave a Comment
Browse Our Archives
get the latest from
Aine Llewellyn - Dalliances with Deities
Sign up for our newsletter
POPULAR AT PATHEOS Pagan
1