Among the many spirits in the Otherfaith, Neve is one I think of fondly. Gentle and wise, I have known her for over a decade and learned invaluable lessons under her tutelage.

Neve is a child of the Ophelia, one of the few the Ophelia herself ‘birthed’. She was conceived intentionally as a matching sister to Aster Aira, who I have written about before. She was spat forth from the Ophelia while the God inhabited Her form as a giant bird of blue flames.

Though her divine mother is associated with water and rivers, Neve herself holds domain over ice and snow.

Just as with Aster, I encountered Neve when I was very young. She is the kindest among her spirit triad (herself, Aster, and their lover Casimir) as well as the most difficult to contact or ‘invoke’.

Neve is a ‘little Ophelia’ or ‘the Ophelia in miniature’: pale, dark hair, her mother’s eyes (dark/blue) and face. She is notably smaller than the Ophelia, of course. She appears as a young woman not quite fully grown with the trappings of youth still clinging to her. She will frequently appear with Casimir beside her; his absence at her side should be noted by the practitioner.

She favors dark colors with accents of silver; any manifestation of her dressed or haloed in white should be avoided or banished.

She may be perceived as an icy heart (symbolic or anatomical) or, predictably, an ice crystal.

Her energetic presence is cooling but rarely biting. She does not have as strong a presence as Aster; she will not fill a room with cold or chill and will prefer to stay close to her altar or the practitioner who has called her. Those who work with her for extended periods may feel her energy strongest around their hips and ribs.

Neve’s strongest association is with the ice and snow. Gentle falling snow, rather than snow piles or snowy land, is best for her. While she can have ties to blizzards, harsh snowfall is more tied to an angry or destructive form of Neve that most practitioners will not need to encounter. Soft snowfalls that melt away by morning will tie to her well. Utilizing any ice symbol, whether it be ice crystals or icy-colored stones, will work to connect with her.

She is associated with the moon as well, particularly the waxing crescent. Hers is a gentle light that entices and entrances. She is mysterious and mystical. She is the best spirit in the Otherfaith I have encountered to call upon during moon rituals, as her energy plays well in such settings. Typical moon associations – with the occult arts and hidden knowledge – can be attributed to Neve.

Wolves of all sorts can be associated to Neve. Her preference is toward arctic wolves, expectedly, and like Aster coupling imagery of a wolf with the crescent moon can be a powerful symbol to stir Neve up.

Unlike her brother, Neve does not have any sort of ‘job’. She spends her time entertaining other spirits in her homes or traveling the Westernlands (the Otherfaith otherworld) and enjoying the comforts and pleasures offered. Anything one personally associates with ‘high society’ can also be associated with Neve.

She can be associated and compared to brittle social bonds; she represents the precariousness of social interaction. The masks we wear to obscure ourselves, the roles we play so others will like us… These are part of Neve’s domain. As such, masks can be used to symbolize her – though I would note that masks are much more strongly tied to the Dierne.

An interesting but recurring association I have found with Neve is parasols. The frillier, the better.

Neve also has associations to white dresses, especially wedding dresses, and rapiers, but those should be avoided when invoking her unless a practitioner is trying to stir her up in her most violent and destructive forms.

Quiet and keen, Neve is pleasant to work with…if you can get her to show up. She is unlikely to show up when called on her own, instead preferring to answer alongside either Aster or Casimir.

Her reticence is not due to a dislike for humans but is simply her nature. If she sees no reason to respond to us she will likely ignore our call. Enticing her with lavish offerings, especially of food (preferably fish and green vegetables) and flowers, may earn her favor. But if a practitioner truly desires her presence in a ritual, calling for her as part of her triad or as an assistant to another God (not the Clarene) or spirit is most likely to result in her presence.

She will give the clearest advice of any of the triad, and she will not play around as Aster does. Any work she desires to do will be done quickly and efficiently so that she may then be on her way. This is not to say that it will be actually quick for us. She is a spirit of initiation, especially initiation into spiritual arts, and such matters are not handled swiftly by human standards.

Neve tempers Aster well. Though his fires can melt away her more subtle energy, her mere presence will rein in his meaner impulses and can bind his negative aspects.

She is the most even-keel and level-headed of her triad. That said, she does have a wild, chaotic, destructive side. This form of her is retributive and unlikely to bother a practitioner unless very specifically called upon.

Neve is most easily worked with when she has already appeared in our life. But she is also a wonderful spirit for guiding us into spiritual arts and practices; meditations, journey work, and divination can be boosted or taught by her. She will have less concern for earthy, practical matters.

Calling upon her to restrict or restrain Aster Aira is how many Otherfaith practitioners are likely to interact with her. She cools and binds him. Her moon and mask associations mean she can obfuscate, and she is good at hiding away Aster’s unpleasant sides so we can work better with him.

Altars for Neve should be kept at eye level or higher, to represent her ‘high’ status among the Otherfaith spirits. They should not be placed near any altar that is dedicated exclusively to the Clarene, as the Clarene does not play well with Neve alone. (An altar dedicated to Aster, Neve, and Casimir next to a Claeric altar, or an altar to all the Gods next to one for Neve, would be fine.) Dark fabrics and luxurious items will reap the best results. White fabric should be avoided, but white flowers, gemstones, or other items make for good offerings. Soft scents are preferred for incense.

Neve is a rather neutral spirit, all told. She is most strongly felt in relation to other spirits…perhaps just as the moon’s light is reflected from the sun’s. 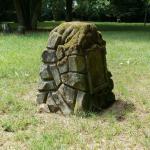 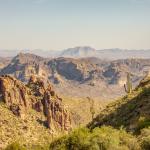 April 25, 2021 Beltane in the Otherfaith
Recent Comments
0 | Leave a Comment
Browse Our Archives
get the latest from
Aine Llewellyn - Dalliances with Deities
Sign up for our newsletter
POPULAR AT PATHEOS Pagan
1

Energy For Witchcraft When Your Personal...
3 Pagans and a Cat
Related posts from Aine Llewellyn - Dalliances with Deities