[A note: I don’t feed or dialog with trolls, no matter how well-known their “names” may be. I simply have no wish to present attacks as valid opinions or arguments. I have a low tolerance for such people.]

Prayer can look very different from religion to religion and person to person. We have habits we develop associated with our practice as well as smaller personal details (touching a body part, incense blends, lighting, activities we can pray and perform). This final post on prayer is not to say what you personally cannot do but to clear up confusion and misconceptions that often get thrown about or promoted in our communities.

“Prayer is subservient.” If we continue with the common metaphor of prayer-as-conversation, it isn’t (necessarily). IT certainly can be, but it isn’t de facto a subservient act any more than any other conversation would be. Often, people approach it as talking to a close friend, perhaps (depending on the relationship) a distant relative, or even a lover (though we may have to change our assumptions about that word!). Claiming prayer is bad because it places humans ‘below’ a deity misunderstands the nature of prayer to many people and also makes murky, unpleasant territory for certain practitioners. There is nothing wrong with choosing to be subservient to a deity, and vilifying an act simply because it may not always place humans at the top of the food chain is problematic. Assuming that someone who prays ‘denigrates’ themselves is offensive.

“Prayers and spells are the same thing.” Actually, no. Not only will dialog become difficult with this little (commonly said) gem, it demonstrates how little language matters within our communities. Spells may contain prayers, certainly, and people who pray may use spells or witchcraft – but the focus of a spell and a prayer is (usually) completely different. Spells are often focused on creating change through your own magic and will power, where petitionary prayers (the kind ‘closest’ to spells) ask for a god to do something/aid you. It also makes an assumption that all prayers are petitionary in nature, which is not true.

“Prayer is religious.” Yes, it usually is (though plenty of spiritual but not religious [SBNR] folks may pray to something). Especially structured, formalized prayer – it can be taken out of a religious framework, but it usually is in one to begin with. Prayer also seems more common in people who hold some sort of faith or belief, associating it even further with religion rather than a looser spirituality. This isn’t bad – but in communities that are hostile to the idea of religion, it can be made to seem bad. Modern Paganism is still, for the most part, associated with the SBNR. Rituals are seen as positive, but prayer may be seen as harkening too much to creedal religion. This may also tie into the discomfort with having to do something religious, having a script, rather than doing something spontaneously as a spirit moves you to do.

“Prayer is boring.” Cue my sorrowful, slow, and silent shriek. Certain prayers may be boring, but that is entirely a personal opinion. Looking at the House of Vines or Aedicula Antinoi will highlight some incredible prayers. Pagan communities often seem overly fond of poetry, but call it prayer and people hold their nose. Not every prayer is going to suit your tastes, but reading a variety will inevitably turn up a few that sing to your heart. The idea that it is boring may again tie into structure and consistent, repetitive prayer – it seems that for many Pagans, repetitive prayers or daily prayers do not hold any interest. Which is more than fine – which each have our paths – but does not mean that consistent prayer is boring. For mystical folk, consistent, repetitive prayer can be grounding (or ecstasy-inducing, it depends!) and help with keeping yourself from getting lost in your mysticism.

“Scripted prayers aren’t as sacred/special/honest as spontaneous prayer.” Eep, this one is really problematic! Many people don’t want to have a script and feel it is a stifling, but many more can feel just as uncomfortable making up words on the spot. Add in that not everyone is a poet much less feels comfortable making prayers up on the spot and may feel like not having the inspiration is a sign of inadequacy, and we’ve got quite a brew. Even if one is inspired, that inspiration may not even be able to be shared verbally or can only be shared in a way that will frighten/confuse others. As a mystic, there are times when I do not have the words for the level of emotions and sensation I am experiencing, and having a set of words to use that I have used again and again and again is invaluably helpful. Those prayers allow me to focus and can also allow me to tell a god to ‘back off’ if I don’t want those emotions/experiences at the time. When I’m feeling low and don’t have any words that I can roll into prayer, having scripted prayer that I have used before and built power around also allows me to continue my practice and not become frozen because I don’t have anything to give to my gods and spirits.

As always, I look forward to comments and opinions! 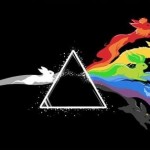 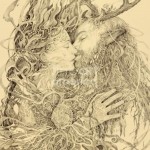 February 5, 2013 But We Have a Queer!
Recent Comments
0 | Leave a Comment
Browse Our Archives
get the latest from
Aine Llewellyn - Dalliances with Deities
Sign up for our newsletter
POPULAR AT PATHEOS Pagan
1

Making It Through The Rest of...
John Beckett
Related posts from Aine Llewellyn - Dalliances with Deities