I’m a bit biased against Hedwig and the Angry Inch, which isn’t fair at all considering that many of my friends love it and I’ve never even seen the movie myself. The reason I twitch a little when I hear mention of it (and I have heard much mention of it the past week) is because it was first introduced to me because a friend refused to believe I was trans, and the movie showed that I had ‘no idea what I was talking about’. I had no idea how the movie would make her think that, but it made me want to throw a vase into a wall. Thankfully, I was in high school at the time and there were no vases around, just her and me and my shocked expression.

It wasn’t the first or last time someone had flat out denied my reality, but it was one of the moments that remained with me most.

I felt very alone, identity wise, when I first learned about Pagandom. It was the usual neo-Wiccish fare that colors most of our books, especially the ones that are easy to grab off the shelves of a big bookstore. There was one goddess and one god, and that was good because of balance and polarity. When I began to hesitantly explore non-binary and heteronormative experiences in Pagandom I met a lot of continued talk of balance and polarity, just internal. That didn’t ring true to my experiences, and I still didn’t find any non-binary and non-stereotypical images of the one god and goddess.

A lot has changed, a lot was changing then, and now it seems that our communities are usually more open to gender discussions. That doesn’t change that last year a group attempted to have me play the female half of a female-female great rite ritual, even though the organizer knew I am a man. Apparently my plumbing was more important than my identity, or even the energy I would bring to the ritual.

But a lot has changed, and I don’t feel alone as I did years ago, even if I still get angry at some of the things I’ve seen and heard thrown about in our community. After all, we’re all growing and changing, and change can be slow. It can be difficult. When we’re confronted with living, breathing, flesh and blood proof that our completely inclusive ideals are excluding people we can get uncomfortable and dig our heels in rather than accept the person in front of us. That person is Other. (But if they talk about being Other they’re just being difficult, right?)

For some, gender is going to be unimportant or even a nuisance, like sex is for me. For others, gender is going to be vital to their religious practices, and my gender and my understanding of it is important, especially as I approach and write myths and stories for my gods. Where things get sticky is when we start making assumptions. Pagandom still needs to work on its assumptions about sex (and the pretty much nonexistent discussions about asexuality and the a-spectrum), but we’re moving forward with gender. Our discussions are getting more complex and nuanced. There are still a lot of assumptions we make – that everyone exists in a binary, that balance is necessary, that gender is important to everyone – but that’s part of what makes us human. As is change.

I’m going to start reading A Transmythology later tonight once I’ve settled back home, which will give me a lot of ideas to write on and hopefully a post reviewing the book as well. Whenever I feel myself getting worn down at the repetitive and continuous assumptions about gender, my gender, my life and existence and those of my friends, I think of that book, and other books exploring ‘differently’ gendered gods and spirits and people in modern Pagandom, and some of the tension eases out of me. A lot of people are doing great work and speaking eloquently on the subject, and for that I am eternally grateful. 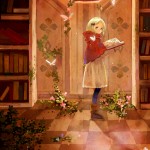 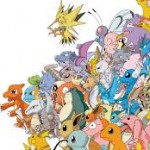 March 6, 2013 Single Polytheism
Recent Comments
0 | Leave a Comment
Browse Our Archives
get the latest from
Aine Llewellyn - Dalliances with Deities
Sign up for our newsletter
POPULAR AT PATHEOS Pagan
1