Getting It Wrong March 9, 2013 Aine Llewellyn

This was originally going to be another post about names, but with a much stronger emphasis on them in a religious context and specifically my own personal religion. The spirits had different plans, though, and decided to yank the rug from under me.

Since January I have been praying and making offerings to better understand the mythology of the new gods I worship, to receive something close to the complete picture or at least the first complete ‘part’ of their mythology. I had bits and pieces, but they were disjointed and did not make much sense. I frowned and tried to piece them together. They wouldn’t fit. Though I longed to have at least part of the main mythos, I decided to let it be. I had other spirits to focus on and other stories to weave.

Then, yesterday, sitting down comfortably and chewing on my pen, it came to me. It wasn’t a flash or sudden burst of knowledge, but a slow unfolding of ‘this is the story’. As strange as is sounds, the answers and events were not my own but belonged to the spirits and gods and the land I work with.

And the story showed that I got many, many things wrong.

At first, once I had come down from the frenzy, I felt nerves nip at my heart. I’d gotten the original myths wrong. That was pretty big, in my mind. I’d messed up. Why didn’t I figure that out sooner? What if I kept getting all this wrong? Would I ever get the stories right? I’d misrepresented my gods. I felt awful. I was trying to put pieces of a puzzle together without having any idea what those pieces even were, in truth. I decided to talk to a friend about it, and they said something that resonated: “…that [you could admit your mistake] speaks of someone who respects his gods more than his own ego.”

And I realized that it never occurred to me to brush aside the story that had been given to me because it reflected that I hadn’t been listening or patient enough. My gods come before my ego. My path has a healthy amount of pride, but the gods are first for me. I jumped ahead and misunderstood the stories and even misunderstood the fundamental nature of one of my gods. I’m probably going to do that again.

I think even if I was on a more lore or scholarly based path I still would run into this issue and feel the need to correct it – but this path is new and the gods are new and I trip all the time. Still, what I experienced today was a revelation. All the pieces I had been trying to understand fit together and moves together. My body itself – my arms and fingers and feet – responded, full of that presence that I know as one of my gods, and I held on as long as I could to the story I saw. Motivations became clear. Epithets fit beautifully.

I do not yet possess the words to describe that joy and ecstasy at being so close to the gods I love.

And now the story does, in part, belong to me – in that I claim it, will take responsibility for it coming from my fingers. Too often in our communities poetry or words are attributed to the gods’ and those speaking or writing them are given a ‘free pass’ for what is said or written. And while I do believe entirely that this story is not mine but the gods who gifted it to me, I still am responsible for writing it. I am still responsible for crafting the story into art and honing my skills so they present the story well. I must claim it as such – least of all because responsibility is such a huge part of my religion. Just as I am responsible for getting the story wrong, I too must own this in the ways that I can.

There is little for me to saw now but: Praises, praises to the Four Gods of the West – burner, burier, drowner, dancer; you who gift life and love alike. Praises to Fear, the dark, the Star of the West. 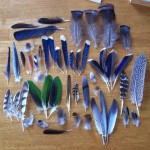 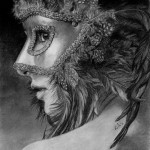 March 12, 2013 Names Upon Names Upon...
Recent Comments
0 | Leave a Comment
"Well said, Aine.My local zendo is closed, but I'm trying to apply the lessons I ..."
Lo The Despair of Doing Nothing
"Thank you! I'm glad you liked it."
Aine Pop Culture and Paganism
"Thanks so much for addressing this! Great post!"
Kris Hughes Pop Culture and Paganism
"Glad to see you back, great post. I’m not from otherfaith but created my own ..."
R. V. ‘Dalliances with Deities’ Opens Again
Browse Our Archives
get the latest from
Aine Llewellyn - Dalliances with Deities
Sign up for our newsletter
POPULAR AT PATHEOS Pagan
1