There are so many names for so many gods, and more names for each god. The amount is dizzying. The endlessness is lovely. Each name is a revelation, a discovery, a chance. Though I touched upon the idea that the names we call our gods by influences who shows up – or what trait is emphasized – I wanted to explore this topic a bit more.

When I first started becoming aware of the Bluebird (also known as the Ophelia), I didn’t have good experiences with her. She was like drowning, like sludge, and she seemed to bring emotional upheaval where ever she went. At worst, I felt as though I were reliving every awful thought that had danced in my head when I murmured her name. Then I approached her not as the Bluebird but as the River Ophelia.

The hands which had once felt drowning lifted me up. She was no longer the sorrow-bringer or the bird of challenge (more names!). She was still cold water hands and the wet riverbank, but she came to me as the comforter. She came as the woman that bore all the sorrow of the world and knew the proper course of action for each wave that washed over me. The River Ophelia was an embodiment of time as well, able to see the long-term effects and understanding the wibbly-wobbly nature of that. And after experiencing certain things with her I earned the right to call her by another name, one that drew me even closer to the Girl-God.

And that too is another name – Girl-God. Not goddess. I refer to both the Ophelia and the Clarene as Girl-Gods or Girl-Kings rather than goddesses or queens, as well as just ‘God’ or ‘King’. I’m still trying to understand this impulse, as it applies only to the Ophelia and Clarene, not other female spirits that I work with.

the Clarene has just as many names as her sister – Lady of lions, the Black Gate, Orchard-Picker, Horned Woman, Mother of the Mirror, and Fox Leader. Many of her names connect her to the animals she created or interacts with or the Orchard that is sacred to her. But she is also called the Champion of the West and the Star-Striker, hinting at her aspect of protecting her home. She is also associated with death as the one who buries, the one who turns flesh to dust and dirt and sprouts trees from blood and organ.

Then there is the Firebird, his appearance clear in his name but also misleading. He is not a phoenix; he does not die and burst into flames to be reborn. He just burns and burns and burns. Yet he is also associated with the life that comes from fire, especially wildfire and forest fire. He is a god of love as well as a world-breaker, one of three ‘calamities of the West’, and the Seer – of the Four Gods, he is the one most attuned to oracular work and seership skills. He is called the Wailer, the Shrieker, as well as the Singer – all tied in with his focus on voice and myths that emphasize his song or sound.

And then, finally, there is the Dierne – himself two different deities: Fear and Jealousy. We pray to him as Fear, though, unless we are giving atropopaic offerings to Jealousy. He is also the Boy Before Stars and Before Time, the Fallen Youth, Beloved of Time, and the Spear-Bearer. As Fear he is beloved of the gods; as Jealousy, he is the Diamond Fist, full of opulence and excess at the expense of others, lacking empathy.

And all of these names help me experience the gods differently, and they also inform my prayers. They influence how the gods appear to me and what I can expect from them. I don’t call on the Spear-Bearer when I want compassion in love, I call to the Beloved of Gods and Time. Though it must be noted that each of those names is a part of the god and trying to parcel them out or see only one aspect causes tunnel vision. Each of these names is important.

And it’s realy enjoyable to have so many to say, rolling them on my tongue, besides. 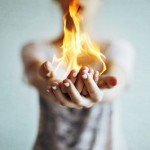 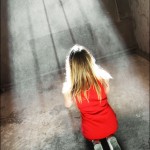 March 14, 2013 Revisioning as Discernment
Recent Comments
0 | Leave a Comment
Browse Our Archives
get the latest from
Aine Llewellyn - Dalliances with Deities
Sign up for our newsletter
POPULAR AT PATHEOS Pagan
1