I happened across this post on Agora about hero worship that focuses around superheroes, and it made me want to do a little dance. While tumblr has me regularly immersed in what we call ‘pop culture paganism’, I haven’t encountered it that often elsewhere. (And one of my posts on it received a comment that people are free to believe what they want, just as others are free to laugh at them. I think it should be obvious that laughing at someone just because they’re different is a tad, just a little tiny bit, problematic.)

So, obviously, I was happy to read the post.

I know a lot of people don’t consider me a ‘real’ superhero fan. I wouldn’t really say I’m a fan, even though I enjoy superhero movies and they are one of the few types of movies I look forward to watching. I find the comics confusing (due to how many restarts and variations there are) and the culture of superhero comics hostile to quite a good deal of people. That said, I do enjoy reading the ones I’ve gotten my hands on. And I do love the movies, even if that makes me a ‘fake’ fan. (What it really means is that I like the stories in most of the movies and am able to understand that the movies are different from the comics.)

But I do have a lot of pop culture and geekery influences in my work. I like modern stories. We still have incredible writers whose stories captivate and ensnare. While there are some things in my life that are separate from my religious practice and will remain that way, plenty of modern storytelling leaks into what I do. From wibbly-wobbly timey-wimey and the idea of the Bad Wolf to interesting commentary on spirits in fanfiction, there are connections and concepts. (I was reminded of that today while stumbling over this quote.) I’m not against using Pandora as a sort of divination.

It likely helps that a huge part of my religious life is focused on the modern. It likely also helps that where I do draw lines, I draw them firmly. My practice with the Four Gods and the faeries has a lot of pop culture crossover, but my devotional practice with Antinous has less (I won’t deny that modern songs make me think of him). Of course, I enjoy lines and borders – both establishing them and crossing them.

But, what I’m rambling about is – I think it is excellent that more people are realizing the importance modern heroes have in our lives. And I look forward to hearing more nuanced discussions on the ‘realness’ of fictional characters and their roles in religious practices. Tumblr, unfortunately, isn’t known for nuanced discussion, and often the sides which approve of pop culture paganism have as weak arguments as the ‘everything must be historical’ camp. Reverence, worship, or just acknowledging the importance fictional characters and heroes have in our lives isn’t really all that new, but I’m hoping it becomes a bit more highlighted and less funny just because it’s different.

(I also hope to explore how much of this pop culture paganism is more the spirituality side of my work, as opposed to the more religious, god-focused side of my practice, later on.)

Edit: Also connected and relating to what I want to explore! 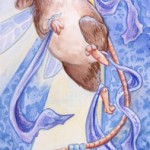 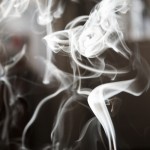