When I make the offerings, I put them by the door. Just a small tray filled with milk and bread, left out for the faeries. In the morning I fill those bowls and the rest of my offering tray with water, incense, food, and other offerings for my gods and spirits. A formal morning offering helps me set the tone, but all throughout my day I’m interacting with ‘smaller’ spirits.

Though I feel close to the gods – and when they come to me, I sometimes weep with emotion – I am closer to the smaller house faeries and city spirits of my area. I am able to feel them more often than I do the gods, and whereas the gods are off doing godly things, the house spirits are helping me keep the house clean and the food from going bad. The house spirits are the ones keeping watch over our boundaries and fences. They’re the ones that steal my socks.

My relationship with faeries is one of mutual benefit and respect. Just as I respect individuals until they give me a reason not to, I respect the spirits. This is largely because these entities are real to me. They kept our garden going during the frost and protect our household. I don’t treat them like toys or tools and I certainly don’t assume that my simply acknowledge their existence is a great boon. (After all, I’m pretty sure most people hate when you act as though your presence – regardless of your foul attitude – is a gift from the gods.)

I offer food, respect, a safe place, and a listening ear. I offer understanding that these spirits are tied tighter to the house and land than I am, and, often, their needs will come before my own. Take care of the house, clean up the messes, make sure its presentable, make sure it smells nice, make sure the offerings are laid out…these are all parts of my daily practice.

As such, sweeping is a holy act. Doing dishes is fulfilling my responsibilities to the house. Restocking the pantry can become an offering. Creating beautiful rooms or art for the walls is devotional.

Working with the ‘smaller’ house spirits reminds me that everything I do can be sacred and holy. I just have to remember to take the time to see that.

Ultimately, no matter how often I pray or do ritual or even make offerings, what matters most is how I act. I could do cleansing ritual after ritual, offering after offering, and if I’m not living my faith through my actions, it doesn’t matter (not to me or the gods!). The faeries around me help me see the sacred in what I do (and all the varieties of such, rather than one universal ‘sacredness’) and keep me grounded. Are my actions serving myself or the spirits? By putting the house in such an important role religiously, I’m forced to be conscious all the time.

But we rarely discuss the ‘small’ spirits in modern Pagandom and polytheism, even if we’re more likely to encounter them. So, as a part of my ‘four faeries’ series I will be discussing establishing a practice of interacting with house spirits, even if you can’t feel or see them.

First, though, I need to finally (finally!) define faeries and state that while I may interact with spirits that are not faeries I work almost exclusively with spirits that call themselves faeries as well as fit my definition of them. Faeries, here, are liminal spirits that are connected to humanity, usually occupying a realm running just alongside (or slightly below) ours, with a penchant for shapeshifting or glamours. House faeries are, in some cultures, called brownies. Since I am working from a US cultural standpoint, I usually just use the very boring word ‘house faery’.

House faeries are the ones I recommend to people who want to begin working or interacting with the little ones. This is largely because they seem to enjoy helping us out if we establish a relationship with them. However, no spirits are really ‘safe’, and neither are house faeries. Faeries inhabiting abandoned buildings or who were ignored by previous owners, or the house hurt in some way, can become more malevolent faeries (an example of which is a boggart). If we begin to fail in our upkeep of the house or ignore the faeries after building a relationship with them, the results can be less than ideal – sometimes the house becomes full of an unidentifiable uncomfortable feeling, other times possessions go missing or break, the number of accidents in the house increases, or knocking, banging, slamming doors, or other ‘paranormal’ activity will begin.

So, if we are to begin even pursuing these relationships, giving the spirits respect and seeing them as entities outside of ourselves (and if we see them as mental constructs that does change everything), we also has to accept that we can mess up and experience unpleasantness. Faeries are also notoriously mischievous and even at their best can cause us problems, though some of those problems lie more with us.

I also recommend to people that come to me about working with the faeries realize that this path really isn’t for everyone. Anyone can pursue it, sure, but that’s not what I recommend. As Dver so wonderfully writes:

Some people can’t help being a light that shines brightly to the spirits. But I would always advise caution about striking that match.

Of course, you can strike the match, and we’re pushing to the side ideas of spirits just being in the mind (and I am not even touching the idea that spirits are inherently good – funnily enough always using human ideas of ‘goodness’). Still, we must be aware of the dangers of pursuing this work. One doesn’t have to go into Faeryland and back or learn to see the faeries to interact with them. But I do recommend that most people give offerings of ‘thanks, but don’t get too close’ to the faeries. Until we have figured out how we react to their energy or attention, until we decide if what kind of involvement we want, we’re better of being polite but not getting too close.

Even the ‘small’ spirits can drag us into interesting messes. 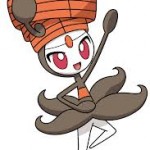 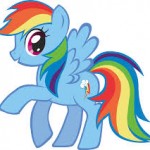 May 13, 2013 modern heroes
Recent Comments
0 | Leave a Comment
"Thank you! I'm glad you liked it."
Aine Pop Culture and Paganism
"Thanks so much for addressing this! Great post!"
Kris Hughes Pop Culture and Paganism
"Glad to see you back, great post. I’m not from otherfaith but created my own ..."
R. V. ‘Dalliances with Deities’ Opens Again
"Au revoir!"
A Witch's Ashram Moving Forward
Browse Our Archives
Follow Us!