Firstly, go read this post over on the Wild Hunt. The rest of this post won’t have anything to do with what Jason’s post discusses, but you should go read his post anyway since it is excellent.

What I am going to talk about today is living alongside spirits, or, as Sterling says, sharing your home.

I was the first person to move into our house. The day I did, I gathered my supplies of incense, candles, and offerings. As I walked up to the house, I asked to be let in, and after feeling welcome enough, began my work.

That entire first day consisted of introductions, laying out offerings, establishing rules, and cleansing. The cleansing did not come first, nor was it the last item on my agenda. It came just after I had laid out the hard rules of my family’s inhabitance in the place and put out offerings for the spirits to feast on while I cleansed the area of past fights and lingering human energy as well as spirits that could not abide by the rules I had set down. (There was, truly, only one hard rule that would ever raise my ire enough to hunt down a spirit.) After cleansing, I opened up the house again to the spirits around.

Our house is very crowded, even after the cleansings that have been done.

This is because, when I cleanse, I cleanse with awareness of the spirits that live here. Spirits that have just as much, if not more, right to inhabit the space as my family does. It is very rare for me to chase out or expel a spirit, and I have only had to do so once. I have asked others to leave, or gotten into conflict with some, but it is very rare for me to do the kind of cleansings I was first introduced to in Pagan and witchy books.

My approach is often called ‘spirit-friendly’, which is a fair enough term. I am friendly with spirits, sometimes friendlier than I am with humans. But I do not believe all spirits have a human’s best interests at heart, or even that the majority of spirits care about humans. Our house is full of spirits that thrive off human company, others who are rarely seen but not hostile, and still others that would prefer if we weren’t inhabiting so close to them, but life being what it is, they have to deal with us like we have to with them. And there are other spirits who do hurt humans – it is usually with them that I bring out the more typical harsh cleansing rituals.

I was taught through books and direct communication with spirits. I eventually began favoring the spirits over the books, and that has led me to where I am today – where I share my space with my unseen roommates and try to navigate living with them.

My practice is all about relationships and communication. When a spirit starts acting up, or spirit activity starts going wonky, I try to figure out what is causing a spirit distress or if there have been any changes to the house. I go with my gut and intuition too, of course, but my first question is often one of distress. Since spirits can’t communicate like a human would, by sitting me down and telling me exactly what is bothering them, I have to be aware of other ways they communicate. And they can communicate in ways that are frightening – people being pushed or pinched, apparitions or voices, closing or opening doors, the usual fare of what most people consider a ‘haunting’.

Figuring out what the problem is usually involves looking at the mundane issues surrounding the house, divination, and figuring out where the spirit activity is focused. Is it following or harassing one specific individual? Was there a huge fight in the house recently? Was land near the house disturbed in some way?

Calming people down is also a large part of what I do. People can spin themselves into quite a tizzy when spirit activity starts happening. My approach to the spirits as having a right to inhabit the spaces we also live in means I try to keep everyone and thing in the household happy. Cleansing the place dry and trying to chase every spirit out doesn’t fit in with that approach. I can’t do the sort of work I do if someone is convinced a place is full of evil spirits.

This also ties into why I won’t let anyone but me do spirit work in my house. Most of the people who do magic that I know in my offline life have a very salt and burn approach, and I have fought tooth and nail to keep them from performing works in my house. I made an agreement to the spirits here to be there voice and to listen to them, and letting someone try to chase them all out would be a pretty clear violation of that. And working with a house and its spirits has tied my energy up in it, and I’m not interested in having that energy and stability uprooted by another spirit worker or Pagan.

I know a lot of people think this approach is too weak, especially since I work with faeries. But part of accepting these entities as real and living involves accepting that they have just as much right to be here, to me. It means I engage with them and try to find a healthy balance and ability to live alongside them. I don’t want to kick every spirit out, only to them call on them when I decide I need them. Building relationships is how I was taught to do this work, and so far, it has worked wonders for me. 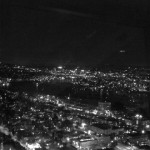 November 7, 2013
Witty Title About The Latest Mess
Next Post