Moving right along with the 30 Days of Devotion, we’re delving into common mistakes made about the Clarene. As with any god, there are a few of these, though not quite as many as with some older gods, especially older gods that have been brought into the public eye through comics. Still, cleaning up assumptions helps us better know the gods we worship.

“She’s a creator god, so she’s a mother goddess.” This assumption carries a lot of problems with it, one being the heteronormativity of the statement. There’s an unspoken assumption that the Clarene has a womb (and she doesn’t always!), and it promotes the idea that her power is in her ability to make babies. Certainly, that is a power – but in the Otherfaith, that is tied to other spirits. the Clarene is more the holy progenitor, though she carries the ability to birth forth as well as spread that possibility of birth. Her creations are often of the hands or crafting than anything else, as well. If we focus on her as a ‘mother goddess’, with all the unchecked assumptions that phrase brings, we miss out on her being the creator of robots and machines, and we miss out on the wide concept of life and living in the Other People’s myths.

“She’s only interested in women.” Though the Clarene definitely has a preference for women (of all kinds – we must always remember that women is a much broader word than our binary and transphobic society would like us to think), she is not exclusively interested in them – as either romantic partners or devotees. She loves a wide variety of people, and she is interested in people. In us.

“She’s able-bodied.” This one is assumed because being able-bodied is an assumption most of us have, for everything. But the Clarene uses a wheelchair, and her legs are sometimes prosthetics. It may seem strange to have a god (and many spirits) be perfectly okay with their bodies and disabilities, but they are. She isn’t the only god that breaks this assumption either.

“She’s just a harvest god.” While the Clarene is definitely a harvest and slaughter god, she’s also a god of the city, of spaceships and innovation, and revolution.

“She’s safe.” I touched on this with the Black Court post, but it is still an assumption that is made. In many ways, the Clarene is superficially safer than the other gods. She isn’t the fiery shrieking Laetha; she isn’t the sharp-toothed Dierne; she is not the drowning Ophelia. And she is often soft when we reach for her, kind and welcoming. But she is hardly safe. She buries and slaughters her faeries in order to give them new life. Her sharp teeth as simply hidden in her small smiles. She is just as dangerous as her son the Laetha, even if she is better at hiding it. 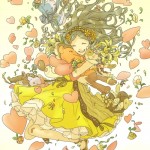 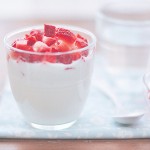 April 1, 2014 Basics: the Clarene (Offerings)
Recent Comments
0 | Leave a Comment
Browse Our Archives
get the latest from
Aine Llewellyn - Dalliances with Deities
Sign up for our newsletter
POPULAR AT PATHEOS Pagan
1