Also, please meander over to my Indiegogo campaign to help me attend the Polytheist Leadership Conference. I’m hoping to present at the conference, which would be a great opportunity for the Otherfaith!

In our masterpost, I listed the symbols connected to the Clarene. The Other People learn the gods’ symbols in a variety of ways, most tied to how the gods communicate with us. We also use myths and stories of the gods to figure uncover their icons – either reading into small details in the stories or through blatant imagery. We’ll be using quotes from the myths to illustrate this point.

the Clarene’s foremost symbols are crown’s (for Kingship) and blackness/darkness. She is the King of the Other People, after all, and she ssits upon a gold throne adorned with a gold crown. And she is herself gold – gold and black, her skin described variously as jet- or onyx-like or resembling dark forests and trees. We see her described in ‘The Founding of the West‘:

She is described, as well, in an unpublished myth, as “tall as a mountain”. From this, we lead into her other associations: tall trees and mountains.

Her epithet ‘Orchard-Picker’ or ‘Orchard-Tender’ gives us her connection to fruit trees, but it is her very stature that gives her the symbols of mountainous trees and mountains themselves. In my own city, she is tied heavily to the mountains surrounding our valley, most especially the Catalina Mountains to our north. She is big (as gods are) and overwhelming. This bigness is part of her connection to extinct mega fauna of all kinds, as well as why she is tied to farmland. In the West, the farmland is larger and more expansive than the cities, which are in tight-quarters.

But the Clarene dwells in the city too. In another unpublished myth, she is said to have pulled from herself her own bones to create the skyscrapers, and her height is also why she is tied to tall, prominent buildings like the Space Needle and Sears Tower. These are seen as her body, her presence in our own world, jutting into the sky like she does.

Unlike the other three gods, who are each winged in some form, the Clarene has no wings. She is rooted, with her taking on cloven feet or even centaur appearance. She is close to the land that she cares for. But she is not barred from the sky – she is the creator of spaceships. In another in-process myth (taken down from its original space to be reworked), she builds a ship to go to the stars to negotiate a way for the celestial realms to exist in peace with the West that she has created. She takes to the skies as well for that ever-present ideal: love.

It is through that connection that we see some of the ‘sci-fi’ elements that seem to permeate the Otherfaith – spaceships, robots, amazing technology. the Clarene is associated with some very modern technology, after all. We have steel and guns, medical equipment ranging from scalpels to brain imagining tech. She creates cyborgs and androids, and being a god of luxury, is tied to futuristic cars and transport.

She’s a god that looks toward the future, certainly.

But she does not give up her associations with the past. She is still tied to the rural land, to agriculture. She is a sword-maker, the pitchfork-wielder. She is tied to textiles and produce, able to make any sort of beautiful fabric you might desire. She holds oil and wax lanterns and keeps a hearth-fire. She is the communal feast where every piece of food is known, every animal named.

And she does not only create through steel and fire. She buries and shapes clay – creates lions and griffons, spawns foxes from gemstones. (We see this in ‘on the Orchard-Picker and her creatures‘.) She is our graveyard god, presiding over tombstones and resurrecting the dead. She may be the creator of the city and a great innovator, but her heart is, always, with the land she watches over.

the Clarene is mother to the Laetha, burying the boy in her fields and tying him to the land. Because of this, they have shared symbols that reflect their relationship. We see this in the Clarene’s lantern – she is the one that can bridle the Laetha’s flame, capturing it into a hearth-fire where else is would rage like wild. Her connections to androids and robots also tie into the Laetha; she creates various bodies for him, some cyborgs, some entirely machine. She also gives the Laetha the gift of robotics and allows him to take over the skill and production of them. Her ties to weaponry influence the Laetha as well, which is where we get the Laetha’s connections to bombs. (Though the Clarene’s weaponry is seen in a much more positive light than the Laetha’s.)

the Laetha’s connections to flowers are also because of his mother, though they eventually become more connected to him than the Clarene.

Connections to the Ophelia

The lover of the Clarene, and half of the syncretic deity the Ophelene, the Ophelia has a complex relationship to the highest of the Western gods. Together, they are tied to mountains, for they are both mountainous in size. (Though the Ophelia is, “taller than the Clarene herself, taller than the mountains, tall that her hair reached the stars themselves,” which should be noted.) They are also both tied to winter, which we see in ‘the Ophelia & the Clarene‘. Part of our otherworldly landscape includes the Wintertime, a place beneath the surface of the West that is forever winter and the domain of both the Girl-Kings. The two are also the more stable of the gods, with the Dierne and Laetha being flighty and more active (and bothersome).

the Clarene and Dierne – despite or perhaps because of, their many connections – do not get along. This is shown a bit in ‘in June, to December‘:

His mother is building a house near the grave, and her eyes turn hard when she sees you. She didn’t like you when he was alive. She likes you less now that he’s dead.

…the Clarene is tending his grave when you arrive. She’s pulled weeds and disposed of offerings, and she sits at the grave dripping blood from a cut on her hand onto the ground.

You stand far enough away you won’t catch the scent of it.

“What do you want, Pallis?” she asks. Her voice is like crushed autumn leaves.

“Is he ever coming back?”

the Clarene stands, and the earth under your feet shakes.

She doesn’t look at you.

“Go ask your mother,” she snaps.

The two share a wide variety of traits: strong sexuality, a tendency toward violence, retribution aspects, luxury, and innovation and an eye to the future. They often compete for various spirits to join their Courts (Black & White Court, for the Clarene and Dierne respectively) – for example, Alynah Blake, a spirit of hyper-sexuality and hyper-violence – is a member of the Clarene’s Court, though she is the adopted daughter of the Dierne. But the Flower Maidens, a group of lady-spirits who are actually flowers that go around ripping apart predatory spirits, are lead by the Dierne.

And there is another reason for her conflict with the Dierne: she has to be. As the Ophelia conflicts with the Laetha, so does the Clarene to the Dierne. The Boy-Gods (the Laetha & Dierne) feed into each other, spinning each other up in ways that can become horrific. Without the Clarene to step in and put a hoof down, the whole West, and the Other People, would teeter out of balance.

(The two gods are not entirely conflict. the Dierne, upon arriving in the West, spends a great deal of time tending the Clarene’s fields and continues to study with her after becoming a god. So we would be well not to simplify their relationship – each god is living and breathing, and we should see in their interactions our own relationships reflected.) 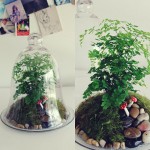 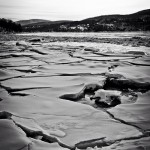 March 13, 2014 Basics: the Clarene (Myths)
Recent Comments
0 | Leave a Comment
"I do not think it is easy to reconcile most of the notions of reincarnation ..."
Gordon Cooper No, I Don’t Do Ancestor Work
"I don’t do any kind of ancestor work/veneration/whatevs either. But I also don’t believe that ..."
Corvus No, I Don’t Do Ancestor Work
"January 6, 2021: A day that will live in infamy. I would be lying if ..."
Amanda Ingalls Brief Thoughts on an Insurrection
"It's a great lesson in magical praxis. The material basis to manifest your will must ..."
modifiedlizard Brief Thoughts on an Insurrection
Browse Our Archives
get the latest from
Aine Llewellyn - Dalliances with Deities
Sign up for our newsletter
POPULAR AT PATHEOS Pagan
1