We’re interrupting our 30 Days of Devotion to focus on the Patheos Public Square topic coming up on April 23rd. We’ll be exploring the connections between the People’s gods and redemptive violence.

With our next post, we’ll be back on the 30 Days of Devotion – we’re halfway through!

Violence is a thread that runs through many sacred texts and traditions around the world, from animal sacrifice to the mass slaughter of unbelievers to Jesus’ suffering and death on the cross. How should modern believers interpret texts that seem to condone or defend violence? Is violence ever justified on religious grounds? Can violent acts be redemptive?

In the stories of the Four Gods, there is plenty of violence. the Dierne has bloody streets behind him, and the Clarene is, as I’ve discussed, the creator of weaponry. the Ophelia has violence inherent in her – being a drowned god, as well as a drowning one. Even the calm Laethelia has her violent trends (she is, in essence, a deep sea mermaid), and the Ophelene is a god of justice who carries a shield and sword.

But I want to talk about the Laetha today – who is violent in a different way than the other gods.

Just as the Laetha is rising to glory and godhood, he is ripped down and torn into a hundred pieces, each containing a tiny shard of him and his godliness. This, of course, causes innumerable problems for the other gods, not to mention the god that is the Laetha.

One such Laetha or Laetha-shard is Aletheia: the android created by the Clarene in imitation of the first Laetha. Built with a metal heart infused with a tiny flame from the Laetha’s fires – an act the Ophelia warns the Clarene against, “…you may craft hearts of mud and metal, but that heart needs more in it to run” – Aletheia is the god formed into a machine. He is the most foreign to us, described variously as being ‘full of code’ or only knowing ‘numbers and wire’, and even his lovers do not have such happy ends.

One of his unfortunate lovers is William, the boy at the center of the Red Room story. The story doesn’t truly end with his death, though.

Aletheia brings the boy back, with the magic of his mother the Clarene.

The center of the Red Room relies on the disconnect between Aletheia and mortals, as well as the concept of overwriting or rewriting someone to be who we want them to be. Aletheia is unlike any human, and so he does not feel or experience emotion as one (and, perhaps more crucially, doesn’t wish to feel so), and he is often seen as a ‘blank slate’. But he is not one meant to be written on, which is exactly what William does when the two begin their affair.

He says it explicitly in a later myth: “[William] hurt me.” And so Aletheia, in turn, hurts William – not killing him once, but having his mother remake the mortal again and again and again, each time taking him back to the Room where he will die a painful, bloody death.

It’s violent, in the passive way Aletheia is notable for. He, himself, is not punching or hitting, but he is leading William into an environment he knows will kill him, and he’s doing it over and over, trying to get back who he was before William was with him.

There are times when violence solves the problem in the myths. Pallis murders his brother and lover Mircea, in all manner of ways, and often kills himself after or in the process of – and there is redemption in that, in escaping what his brother is doing and has done. But when it comes to the story of Aletheia and William, redeeming who he was before lies not in torturing his lover but in letting his lover go.

It is not easy. the Clarene – realizing what Aletheia is doing – reminds her daughter-son that it is wrong “to just hurt people, to twist them up and have them fall apart.” Aletheia agrees – “You programmed it into me…. And so I know it to be true.” – but still claims that he must hurt William. It is how he is healing; it is what gives him his strength and worth back.

And this is where we see the side of him that is the Laetha, the shard of the god given to him by the Clarene. Because the Laetha has a nasty habit of being nonsensical and emotional, passionate to the point of pain, and the need to reclaim is driven by that fire in Aletheia.

the Clarene does talk him from his cycle of killing, pointing out that the repetition does nothing for Aletheia, and that, whatever has happened, William does not deserve this prolonged punishment. She sends what is left of William – not much – to the human world, and she sets Aletheia down to wash his hands of the blood left there.

Aletheia’s redemption of himself comes not from the violence he enacts (in truth, his violence is best served toward aiding and defending others) but from water. From the river that he washes his hands in, so that he can finally let go and return to himself. He was still caught up in his lover and his pain, and until he could move past that, he was caught. He could not return to himself in such a state. And so it took water and cleansing to return to who he was and who he was meant to be.

Violence certainly holds redemption, but that violence can just as easily become nothing more than revenge. 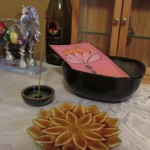 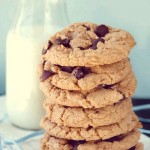 April 29, 2014 Basics: the Clarene (Mundane)
Recent Comments
0 | Leave a Comment
"I do not think it is easy to reconcile most of the notions of reincarnation ..."
Gordon Cooper No, I Don’t Do Ancestor Work
"I don’t do any kind of ancestor work/veneration/whatevs either. But I also don’t believe that ..."
Corvus No, I Don’t Do Ancestor Work
"January 6, 2021: A day that will live in infamy. I would be lying if ..."
Amanda Ingalls Brief Thoughts on an Insurrection
"It's a great lesson in magical praxis. The material basis to manifest your will must ..."
modifiedlizard Brief Thoughts on an Insurrection
Browse Our Archives
get the latest from
Aine Llewellyn - Dalliances with Deities
Sign up for our newsletter
POPULAR AT PATHEOS Pagan
1