When I was in high school, a ‘friend’ of mine – an Evangelical Christian – cornered me in a bathroom. A mutual friend of ours had recently passed away in an accident. We were all reeling. I had gone to the bathroom to get a short respite from the collective grieving. My friend crowded me against one of the bathrooms stalls and towered over me, almost a foot taller than my admittedly short height.

She told me how if I converted to her faith all my suffering would be eased. Her faith gave her so much strength, after all.

I don’t remember how I got out of the situation, what I said or did. Whether I lashed out or meekly skulked away.

The red-hot coal anger, the bubbling hatred and disgust that filled my limbs and competed against the grief – that is what I remember.

The reason the topic of Pagan proselytizing has been on my mind is because of this article by Gabriel Hughes of the Veritan Voice. Hughes is the founder of Verity, a new polytheist tradition.

…except not really. Verity means truth, and the tradition seems very focused on this truth. We should all strive for truth, utilizing our critical thinking, ability to research, and our curiosity. But unlike (most, if not all) polytheist traditions, Verity seems concerned with a universal truth. As described in this post:

Verity means truth. It is our belief that we have found truth and that we share it as best we are able. We believe this truth is ancient and has been represented in every faith and belief which mankind has held to greater and lesser degrees.

Contrast this, if you will, with the Otherfaith (my religious practice, also a new polytheist trad). Obviously I love the Gods and spirits I worship, and I love writing about Them. My personal belief is that the people who connect with the Four+ Gods will run into Them one way or another, with or without my help. If I write about Them – Their stories and the religious practices I am building for Them – hopefully that will make it easier for those who stumble into these deities.

But I don’t think I’ve found truth or Truth. Not really. Heck, there’s one of the Four+ Gods I don’t connect well with or understand deeply, not like some of the Other People. If there is any ‘truth’ I’ve stumbled upon regarding religious and spiritual practice, it is that humanity is so diverse and myriad in our connections with Gods and expressions of that divine connection that there can be no universal truth.

So, obviously, our two different religious traditions have different focuses and goals. That is normal and great.

Hughes doesn’t seem to be a big fan of that diversity, though.

Hughes’ latest blog post is simply titled ‘Proselytizing’. Very quickly I realized how differently Hughes’ and I approach the topic, as he says in his opening paragraph:

We have this idea in the modern secular world that the act of telling people about your religion, let alone telling them about how your religion is the most correct one or that they should convert to it, is a bad thing.

Before we can delve deeper into Hughes’ post, let’s clarify that talking about and trying to convert are two very different acts. I would argue they cannot and should not be treated interchangeably.

It is incredibly common, in Pagan spaces I’ve occupied, for people to talk about their religions and traditions. A Discord server I’m part of is filled with lots of different perspectives and practices; people get together to discuss their practices without any expectation of ‘conversion’. We are all learning from each other. The offline group I participate in has many different traditions. We comfortably hold ritual together in different styles and educate each other on different mythologies and histories.

Conflating talking about and mutually sharing with proselytizing only benefits those who seek to convert people to their own religion. Someone proselytizing you doesn’t actually care what your religion is or want to engage with it. They just want you to switch to their practice.

John Beckett has written before on the topic of proselytizing, and a quote of his strikes me as perfect in highlighting what Pagans and polytheists do to promote our traditions (emphasis added):

If we do not participate in the marketplace of religions, we [Pagans] will never reach a critical mass – the numbers required to insure continued existence.

And that urgency is still no ethical justification for proselytizing.

So we publicize. We write books and blogs. We record music and make videos. We hold public rituals and we talk to anyone and everyone who asks questions. We let people know “here we are – you’re welcome if you want to join us.

Here on Patheos we have lots of different Pagans and polytheists. There’s advertisements for online rituals and classes. But that’s not proselytizing. Merely writing or talking about religion does not a conversion attempt make.

Hughes does think proselytizing is good. Or, rather, he thinks that proselytizing Verity is good. He splits hairs between ‘evangelizing’ and ‘proselytizing’, stating the difference between the two is intent. (The two are actually pretty interchangeable, though ‘evangelizing’ wouldn’t be used outside of Christian proselytizing if we get into technicalities.) He claims they stand in opposition to each other because of the intent of the proselytizer. He describes proselytizing vs evangelism thusly:

…when equals stand together and speak about their beliefs in an open and honest way, admitting the desire to have you join their faith so that you might be together with them in one tribe and one covenant, it does not allow for the act of evangelizing, the attempt at conversion through guilt or intimidation.

There’s a problem with Hughes’ hairsplitting, though. Why should the intent of the proselytizer matter? My friend in high school was surely full of love and compassion.

It is very clear that, for all Hughes writes about ‘open’ dialog and ‘equals’, there is no equality in such a situation he proposes. To view one’s religion as Right and True, even if you only view another’s religion as ‘less right’ or ‘less true’, means the dynamic is not of peers exchanging information and learning from each other. It is of one person trying to coerce another, usually through social pressures, into their religion.

Beckett has another great post on this topic that I want to quote (seriously, love it), because it highlights what Hughes is arguing and its failing:

Those who do it assume that because they’ve had a strong religious experience or found a religion that is meaningful to them, everyone else needs exactly the same thing. Or they assume their religion is the One True Religion and all others are false. These assumptions ignore the essential mystery and uncertainty of religion; mystery and uncertainty that are expressed in the wide and beautiful diversity of religious belief and practice throughout the world.

For all Hughes decries ‘religions of the self’ – Satanism, Neopaganism, Evangelical Christianity, atheism; apparently every religion except Verity – his argument for why proselytizing is good is entirely self-based. Your religion and Gods do so much for you, you just want to share, it’s spreading your love to do so.

Hughes makes it explicit when he emphasizes a ‘communal idea rather than a focus upon supposed irreconcilable differences’. Is diversity and difference truly so bad? So frightening?

One thing I dislike is seeing my fellow polytheists decry each other for not being polytheist ‘enough’. Often, when we do this, it just results in us believing we don’t have to listen to someone because they aren’t ‘really’ a polytheist.

But I found myself asking, as I read Hughes’ article, “Where’s the polytheism?”

Where’s a polytheist or Pagan sentiment in the piece?

I imagine going into the various Pagan spaces I occupy and trying to convert them to my tradition. Not merely speaking about my Gods and my experiences with Them, but actually trying to convert people. Telling my Asatru friends that I want them to worship the Four+ Gods because I’ve found so much joy and love in serving Them. Telling my Wiccan friends that they should stop doing what they’re doing. After all, I’ve found so much worth and hope and support in the Gods and spirits I follow.

The idea makes me want to vomit.

Instead, I prefer a community where we can learn about and partake of each other’s rituals (where appropriate and open) without proselytizing. I’ve participated in Asatru and Heathen rituals, honored those Gods, but I am not a Heathen. I have joined Druids in their rites. I’ve been in public Wiccan rites. In ecstatic rituals calling upon Gods I do not privately worship. But I see all those Gods as being worthy of worship and respect. I love learning Their myths. I love befriending other Pagans and polytheists whose religious traditions look nothing like my own. Who have intimate, powerful, wonderfully devastating relations with their own Gods.

Polytheism: many gods. A diversity almost, if not actually, beyond human ken. A flattening universalism has no place in a world full of many Gods.

You can’t just CTRL-F and replace ‘God’ with ‘Gods’ and call it done. That is a shallow, ineffectual polytheism that will only replicate some of the worst behaviors we engage in.

I plan to write another post on this topic focusing on the dangers of proselytizing specifically as it applies to modern polytheist traditions; this post is already long. That said, applying to both this post and any in the future, please do not harass Hughes or his community. Such should go without saying, but this is the internet and I would rather remind all of us to engage positively even when we disagree with someone. It is hard enough doing the whole ‘new religion’ thing without trolls after you. 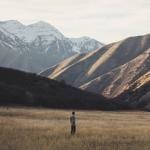 November 30, 2020 The Best Offerings
Recent Comments
0 | Leave a Comment
"I do not think it is easy to reconcile most of the notions of reincarnation ..."
Gordon Cooper No, I Don’t Do Ancestor Work
"I don’t do any kind of ancestor work/veneration/whatevs either. But I also don’t believe that ..."
Corvus No, I Don’t Do Ancestor Work
"January 6, 2021: A day that will live in infamy. I would be lying if ..."
Amanda Ingalls Brief Thoughts on an Insurrection
"It's a great lesson in magical praxis. The material basis to manifest your will must ..."
modifiedlizard Brief Thoughts on an Insurrection
Browse Our Archives
get the latest from
Aine Llewellyn - Dalliances with Deities
Sign up for our newsletter
POPULAR AT PATHEOS Pagan
1