Eucharist as Evangelist: Let Jesus Do the Talking 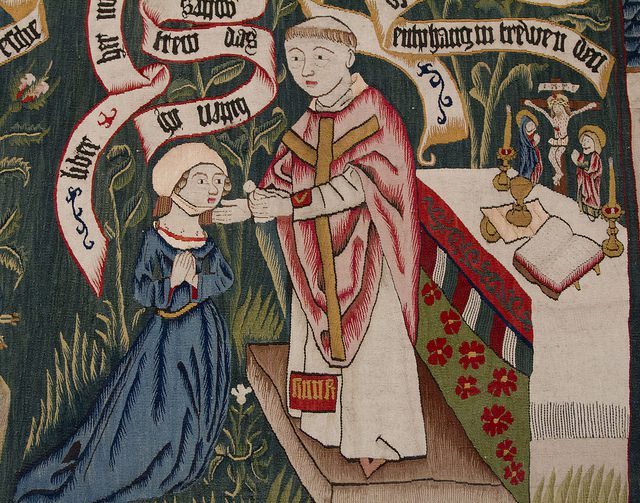 I recently found myself in a conversation with an old friend. He’s a reader of my blog, a passionate Christian, and, despite my own moniker, a guy far more cordial than I’ll ever be.

He had, and has, certain objections to some of the things I’ve written.

He’s a great guy (did I mention that?) and he had great points. And some certainly stung.

He expressed, politely, his sadness and frustration with some of the things I write—especially when I use the word ‘better.’

And I do do that sometimes, I know.

And he has a very good point.

In my second-ever confession as a Catholic the first thing out of my mouth, completely unrehearsed, was to plead guilty to triumphalism. Triumphalism, the ever-present enemy of the Catholic convert.

Triumphalism, as defined by the Church, is that sense of superiority that sometimes comes with conversion to Catholicism. It’s something I’ve certainly wrestled with, knowingly and otherwise.

That sense of, “I’ve finally found the Truth and the rest of y’all don’t got it.”

That feeling that I’ve discovered something that no one else can even begin to understand: the wonderful mystery of the Catholic faith.

Of course, there’s truth and good in that feeling, too.

Of course it’s appropriate to feel, as a convert, that I’ve discovered something incredible: that’s why I converted. But it needs to be presented with a measure of humility, cordiality, and grace and that’s sometimes sorely absent (and I apologize).

But all that to say I do believe I’ve found something incredible and—using the example that many converts do of the Pearl of Great Price—the feeling of wanting to shed everything to obtain this One Thing was, for me, inescapable.

I don’t know how many Catholics fully understand the magnetic appeal of the Eucharist to us Catholic converts.

I know the alarming statistics: that half of Catholics don’t know the teaching of the real presence—that, as the Church teaches, Jesus is actually present in the elements of bread and wine at Communion—but I’m not sure that explains all of it.

Maybe it’s one of those situations where you don’t know how good you have it while you’re in the thick of things.

Maybe, as Catholics, so many of us take for granted the closeness with can experience with Christ.

Whatever the case may be in my exploration of Catholicism, the discovery of the ancient understanding of the Eucharist, preserved in the Catholic Church, became a gloves off moment.

Or, to use another tired sports cliche, it was when my jog became a breakneck sprint.

Truth be told, I have incredible friends in all of these camps and in my meandering journey towards the Church I spend time and thought on all of these options but it was, ultimately, the Eucharist which drew me in (the Pope played a part as well).

It was Eucharistic Adoration, to be precise, which held an uncanny appeal to me.

Adoration appeals to postmoderns because it is experiential, mysterious, and accessible to everyone: the non-baptized, the non-Catholic, the unchurched, the lapsed, the badly catechized, the wounded, the skeptical, the seeking, the prodigal, and those who aren’t sure that a relationship with God is even possible.

Weddell is spot on.

As a non-Catholic Christian, when I first became aware of the ancient understanding of the Eucharist in which the Catholic Church finds itself, I was enamored, then absolutely starving, for Eucharistic Adoration.

To me, to be able to sit in the actual presence of Christ was something I absolutely had to experience.

For me, Eucharistic Adoration was an incredible evangelist and according to Weddell, and other converts who’ve graced us with their own compelling narratives, I know I’m not alone.

The Eucharist is an evangelist and it takes us, the catechized Catholics, to share our love and understanding of our Lord in the Blessed Sacrament and then get out of the way.

Over the course of my journey into the Catholic faith I’ve met a lot of converts like myself. I’ve read a lot of converts, too. And so often, as with all zealous converts to just about anything (faith or otherwise), we want to bring everyone along with us for the ride. Inevitably, it doesn’t work out that way. And it can be tough.

It can be tough discovering something that seemingly changes the course of your life. Something that, as I’ve written before, absolutely blows your mind.

It can be tough.

But so often we convince ourselves that it’s us who need to do the heavy lifting. “Ah,” we think, “If I would’ve only presented the Church’s teaching on marriage another way maybe I would’ve convinced them.”

Or, “Gee, if I could’ve just had five more minutes to explain about the intercession of the saints.”

We often figure, wrongly, that it falls on us to do the talking and to change hearts and minds. But it doesn’t.

God is good. (But how quickly we forget!)

God is in control. (Say what?)

In the end, it’s God who draws all souls into Him amongst the ready and the willing. Our work, most certainly, is the work of evangelization but we aren’t left to do it alone. The Eucharist—and Eucharistic Adoration—is and can be one of the most powerful tools on which we can draw and often, so often, if we simply let the Eucharist be the evangelist we hardly need to say a word.

For me, and others, once we understood what the Church taught we were ready; we were hungry.

I could choose no other choice.

The Eucharist, the real presence of Christ, was the ultimate evangelist. No more needed to be said. 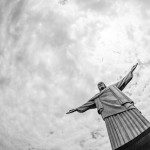 November 2, 2015
5 Reasons I'm a Better Christian as a Catholic
Next Post 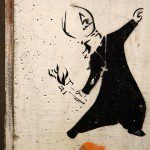 November 15, 2015 In the Face of Violence, Pray for Peace
Recent Comments
0 | Leave a Comment
Browse Our Archives
get the latest from
The Cordial Catholic
Sign up for our newsletter
POPULAR AT PATHEOS Catholic
1 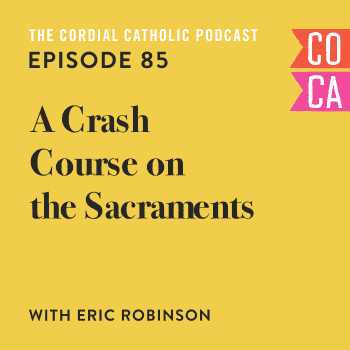 Catholic
085: A Crash Course on the Sacraments (w/...
The Cordial Catholic 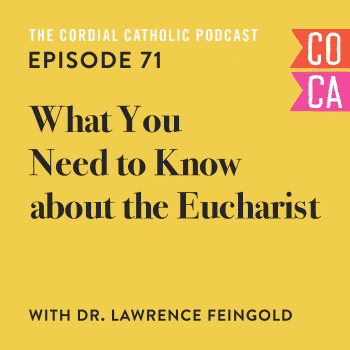 Catholic
071: What You Need to Know about the...
The Cordial Catholic 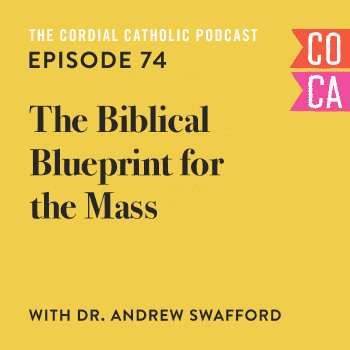 Catholic
074: The Biblical Blueprint for the Mass (w/...
The Cordial Catholic 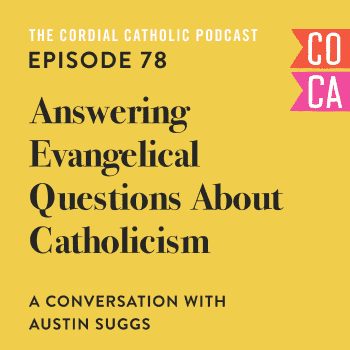 'Tis the Season to Practice Prudence
Prudence has never been the most popular virtue. In grade school, we...
view all Catholic blogs
What Are Your Thoughts?leave a comment
Copyright 2008-2020, Patheos. All rights reserved.