My Trip to San Francisco

I just returned from a trip to San Francisco.  In addition to getting some business done, I took advantage of many of the attractions that the area has to offer.

My first stop was at the Japanese Tea Garden in the Golden Gate Park.

In my wanderings around the Gorden Gate Park, I came across this wonderful piece of Art Nouveau.  I offer this for all the Dionysians out there. 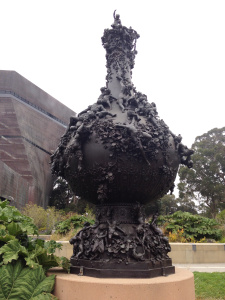 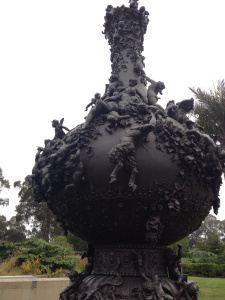 I also went to the Asian Art Museum, which is the largest of its kind in the West.  It had an incredible temporary exhibit of Indian and Asian religious art, most of which was statutes of deities.  The exhibit, Phantoms of Asia, ended Sept. 2, so I was very fortunate to catch it.  I wish I could share the entire collection here (I took pictures of about one third of it).  Here are a few of my favorites: 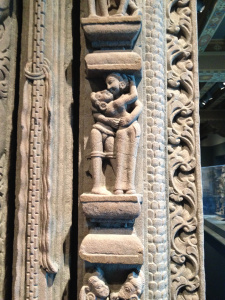 I then went to Chinatown and visited the Tin How Temple there.  Photographs were not allowed unfortunately.  But I did get to see the oracle telling the fortune of two Chinese women.

On a whim, I headed over to U.C. Berkley to see Sproul Plaza where the Free Speech Movement began in 1964.

My next stop was the Muir National Forest.  I went in the afternoon and the sunlight was slanting in through the redwoods.  There are signs asking people to speak quietly on part of the trail, which I appreciated greatly.  It is a holy place. 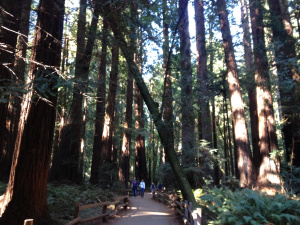 The origin myth of my religion of birth, Mormonism, begins with the First Vision which occurred in what is called by Mormons, the “Sacred Grove”, where Joseph Smith went to pray as a young man.  As I walked under the great trees in Muir, I realized that the connection between forests and the holy was made in my mind early in my life. 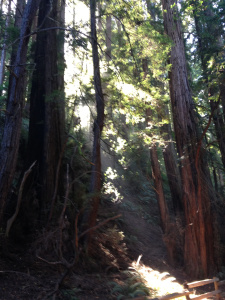 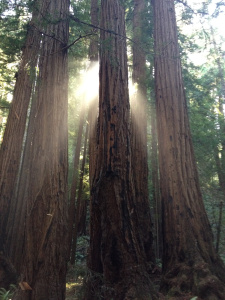 My visit to Muir followed a lengthy and particularly acrimonious deposition with another lawyer who was rather unpleasant.  I had not realized how much I needed healing from that experience (which is not uncommon in my profession) until I found myself alone on a trail in Muir.  Pagans often talk about an experience of “connection”.  It was not so much connection that I felt as an immersion.  I felt immersed in a great “presence” that was the blue and green and brown world around me, with the sound of wind blowing through the trees, the smell of the redwoods on the cool air, and my own heart beating.  The phrase “Praise for living” kept coming into my mind.

My last venture was to head down the coast on US 1 to Santa Cruz and then to Pebble Beach near Monterey.  I was particularly impressed by Seal Rock, which unfortunately I could not get close enough to to get good pictures of the seals, and then 2 mile winding walk along the coast which leads up to Natural Bridges State Park in Santa Cruz. 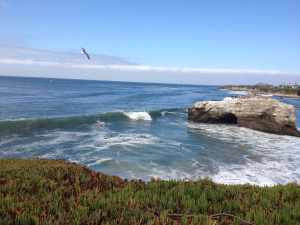 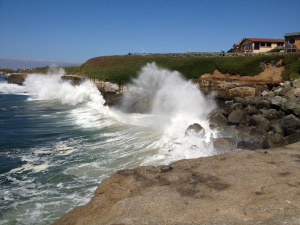 September 7, 2012 "One needful thing", Part 3: Letting go of the side of the pool
Recent Comments
0 | Leave a Comment
Browse Our Archives
Related posts from The Allergic Pagan

Pagan
My “Double Rainbow Experience”: My Winding Path to...
The Allergic Pagan