When bad people do good things: separating art from its author in the context of patriarchal privilege

When bad people do good things: separating art from its author in the context of patriarchal privilege June 26, 2014 John Halstead

I just finished reading Jason Pitzl-Water’s report on the revelation that Marion Zimmer Bradley, the author of The Mists of Avalon (now a motion picture starring Julianna Margulies and Anjelica Huston), molested her daughter and others and facilitated the abuse of other children by her husband.  Bradley’s writing was hugely influential among, Pagans and Bradley herself was active in the Pagan community at times.  In fact, a book about Bradley and others, entitled The Priestess and the Pen: Marion Zimmer Bradley, Dion Fortune, and Diana Paxson’s Influence on Modern Paganism, is scheduled for release in December.

This announcement comes on the heels of the news that Pagan musician and author, Kenny Klein, was arrested for crimes of pedophilia.  In response, Immanion Press pulled Klein’s book, The Flowering Rod, from its publication lineup.  I read several comment by people swearing to throw their copies of The Flowering Rod in the trash.

I am deeply saddened by the pain these individuals have caused and my heart goes out to those who have been hurt by them.  At the same time, I am encouraged that these crimes are coming to light and being addressed in the open.  Among other issues, these cases raise the question of how we handle these artists’ work as a community.  A discussion has already begun in the comments to Jason’s report regarding whether it is possible to separate the art from the artist.  Of course, any individual can decide this question for themselves.  Some, undoubtedly, will find the work irremediably tainted by the heinous acts of their authors.  I imagine that many copies of The Mists of Avalon will find their way into recycle bins (or perhaps ceremonial fires) now.  In an age of the mass market paperback, this kind of book burning by individuals does not bother me in the least.  I would encourage whatever helps each individual deal with this news.

Personally, I have always loved Mists — both the book and the movie.  While I unequivocally condemn Bradley’s crimes, I will probably continue to read her book and watch the movie adaptation (although not anytime soon).  In this case, at least, I don’t find it difficult to separate the crimes of the author from her work.  The fact that I never met Bradley and do not know any of her victims personally probably makes this easier for me than for others.  I don’t judge those who feel differently, and I just hope that the fact that I continue to enjoy Bradley’s writing is not interpreted by anyone as tolerance for her crimes.

I would probably not have written this post, but for a recent unpleasant interaction I had over the very issue of separating the person from their ideas.  The interaction in question was a heated Facebook discussion which occurred after I extended an invitation to a Patheos contributor to republish a recent post of his at HumanisticPaganism.com, where I am the managing editor.  I felt that the post would be of interest to the Humanistic and Naturalistic Pagans that follow that blog.  Certain people took issue with my extending this invitation to him.  All three were female, while the author of the post was male — which will be important for reasons discussed below.

The post in question was controversial, but it was not the substance of the post itself that these women took issue with.  Rather, what they took issue with was how the male author of the post had treated them in the comments to the post and in previous interactions.  I was not privy to the most of the conversations with this male blogger which upset these women, so I was ignorant of the background against which my invitation was interpreted.  I should have asked more questions about the offensive conduct, or at least expressed some sympathy, but instead I became defensive.  I responded that I was not endorsing his treatment of them, or even necessarily the substance of the post itself, for that matter.  HumanisticPaganism.com is a community forum.  While I am the editor, I don’t personally endorse the views of anyone who writes there.  In fact, it would not be very unusual for me to disagree with part of any essay published there, even though I have facilitated its publication.  And I certainly don’t endorse all the actions of every person who has published there since I became the editor.

Nevertheless, these women felt that by republishing this author’s post, I was validating his oppressive behavior and invalidating their feelings of injury.  When I responded that his ideas should be separated from his actions, I was told that this is a patriarchal privilege.  I should say here, I did not comport myself as well as I would hope in that Facebook thread.  I was at least as reactive as those I was responding to.  I’m embarrassed to say that one of the women even felt compelled to ban me from the thread.  I was clearly insensitive to their feelings.  I am grateful to Alley Valkyrie, who later patiently explained to me how women in our culture are routinely characterized by their behavior, while men are given a pass so that we can focus on their ideas.  For example, this particular male blogger is routinely granted that privilege, while the young women who I upset are not.  One example of this is how male bloggers can swear freely and use other harsh language without consequence, but female bloggers are frequently censured for doing so.  Honestly, this is something that I have been oblivious to, undoubtedly because I am male.  By not calling this particular male blogger out on his actions, while simultaneously offer him another forum for his ideas, I seemed to be endorsing — or at least tolerating — his oppressive behavior.  While I still intend to re-publish the post in question next month, I do hope that I will can be more sensitive to this issue in the future.

Bringing this back round to Bradley and Klein, I will be watching closely to see how to see how people deal with the issue of separating Bradley’s work from her person.  It will be interesting to compare responses to the news of Bradley’s crimes to the responses to the news of Klein’s crimes, since the former was a woman and the latter a man.  I will be looking to see if Bradley’s work is privileged more or less than Klein’s was, by disassociating their works from their respective authors.  Again, I think each individual needs to deal with this issue in the way the feel is best.  But it behooves us at least to be aware of the possibility that a patriarchal privilege is at work in these cases.  At the very least, before you light your copy of The Mists of Avalon on fire, check your bookshelf to see if The Flowering Rod is still sitting there. 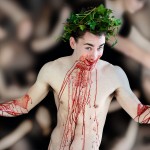 July 4, 2014 Five ritualists I’d like to invite to dinner, Part 3: Jason Mankey
Recent Comments
10 Comments | Leave a Comment
Browse Our Archives
get the latest from
Pagan
Sign up for our newsletter
POPULAR AT PATHEOS Pagan
1 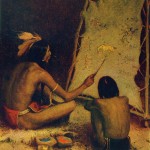 Pagan
Countdown to Earth Day 2016: #5 Restory the...
The Allergic Pagan 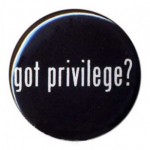 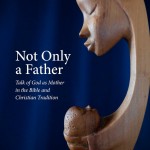