A few months ago, John Beckett wrote, in a post entitled “Five Ritualists at Dinner”:

“Now imagine inviting five of the best ritualists in the modern Pagan world over for dinner.  You discuss ritual theory over soup, logistics and presentation over salad, the symbolism of your tradition over the main course, and your relationship with your gods over dessert.  By the time you’re pouring after dinner drinks, somebody’s got a script and a red pen, somebody else is digging in their bag for a book, two people are clearing the furniture out of your living room and the last one is raiding your candle stash. …”

This got me thinking about what five ritualists I would invite to dinner.  This is the third in a series in which I showcase some of the best ritualists I have met (in no particular order).  I’m sure there are many more who I have not met.  Share with me in the comments who you would invite to your ritualist dinner. 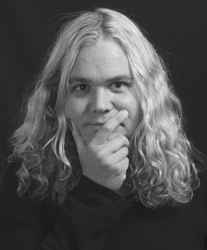 Well, actually, I kind of have had dinner with Jason, but it was in a noisy sports bar in the middle of the rush of P-Con, so we didn’t get a chance to talk ritual. Over the years I have especially enjoyed reading Jason’s posts about ritual.  He has a good mix of nitty-gritty practical advice and big picture thinking.  I can’t wait till he writes a book on ritual design.  Here’s some examples of Jason’s wisdom that have helped me in writing rituals:

“For me ritual is essentially about connection. I engage in ritual in order to connect with something greater than myself. That greater can vary from ritual to ritual. Sometimes ritual is about communing with the gods, and feeling The Lord and Lady close to me and my circle-mates. In the Autumn ritual often serves to connect me with the seasons and my place on The Wheel of the Year. Taking something out of my garden and eating it is worth a ritual and in those moments I’m connected to the agrarian cycle like no other. At Samhain I often seek out the souls of those who have passed and at Beltane I enjoy playing games with my coven and engaging in some personal bonding.”

This was a major influence on the last ritual I wrote, for the spring equinox, which was all about creating a sense of connection.  I appreciate that Jason leaves room for individuals to decide what that “something greater” is, even pointing out that it can vary for the same person from ritual to ritual.

“Answering to yourself means that the things in your ritual have to be true to what you believe. If you invoke the gods and don’t believe that it’s possible to invoke the gods it will show. Ritual should not be about empty and hollow gestures, everything you do should have purpose. In addition the things you (and those around you) say should represent your voice.”

“Writing ritual should never be about the gratification of your own ego, it should be about serving the spiritual needs of the people you are presenting it to. … Ritual also requires us to answer to something bigger than ourselves, I generally think of that ‘bigger’ as deity, but it could also be something more nebulous like ‘spirit’ or ‘the Earth.’ If you are performing a ritual dedicated to healing our planet, you might not want to use styrofoam cups during Cakes & Ale.”

I think balancing these two is essential to writing good group rituals.  It is something I struggle with as I try to write rituals for my non-Pagan family.  I think too often I err on the side of answering to myself, especially with the ritual texts I chose.

3.  Tie everything back to your intention.

“One of the first things I do when sitting down to write ritual is to formulate a Statement of Intent. What we say matters, and what we say at the beginning of ritual often sets the tone for all that follows. Speech also has a way of helping to make things manifest, if you don’t articulate what you want to happen, it probably won’t happen. A good SoI encapsulates a ritual, setting the stage for all that follows. When I’m writing a ritual, it also serves as a good check-point because I want everything I do to revolve around that one idea. … Everything in that ritual revolved around those words, and when something didn’t come back to my SoI, I threw it out.”

This is great advice.  I think doing this will bring some needed focus to my rituals.  I already know that being willing to throw things out if they don’t further your intent is one of the keys to good writing, and I think it applies as well to good ritual design.

“Ritual has to be more than just theatre, and that’s often where things go awry in larger rituals. It often feels like there’s one group of people doing the ritual while everyone else is simply observing it. The quarters are called but the only people who are a part of the process are the six or so folks standing in the center of the circle. What are the other thirty supposed to be doing? Are they even clued in to what’s happening? Ritual shouldn’t be passive, and if you find yourself or those around you passive during ritual something’s not working.”

More on Doing vs. Observing:

“Make sure to give your ritual participants something to do. This is probably the most difficult and yet most essential element in group ritual. No one simply wants to be ‘talked at’ for the duration of a ritual; they want to be involved and to feel as if they are an integral part of what’s going on. Ideally the middle of your ritual should provide either a physical activity (and that can vary from dancing to the occasional art project) or an opportunity to connect with something greater. Indulge the senses of your participants.”

More on Doing vs. Observing:

“Remember, the ritual is not just for you, it’s also for everyone who has gathered. The entire circle should feel like they are involved in some way, because if they aren’t, they might as well be watching a play. Ritual should provide everyone with a moment, something that brings everyone into the rite. A guided meditation doesn’t bring everyone in, it creates a bunch of different worlds where we aren’t interacting with each other and sometimes the ritual its self! Ritual should always provide moments where everyone interacts with that Statement of Intent you articulated at the beginning of your rite. …  I don’t think we generally want twenty-five soliloquies during ritual, but everyone should be provided with that moment, and that opportunity to feel connection to forces greater than ourselves. It doesn’t have to last an excessively long time, but it should be long enough to say a name or feel a presence.”

Another way of saying the same thing:

“If whatever you are doing is not creating some sort of energy it’s probably not working. … A guided meditation is not a physical activity either. There’s nothing wrong with having a guided meditation as a part of whatever you are doing, but it shouldn’t be all that goes on. I’ve been to far too many rituals where the highlight of the afternoon turned out to be a nap.”

This is the number one criticism I have of most public Pagan rituals.  In many cases, I feel like a spectator or, worse, like I’m being preached to.  The best rituals I have been to explicitly give  everything something to do, even if it is just holding space, as Shauna Aura Knight explains.  And I think Jason makes a great point that guided visualizations are generally not a group activity.

2.   To memorize or not to memorize

“You don’t have to memorize all of your lines, but you should be very familiar with them. … no one should ever sound like they are simply reading a ritual for the first time when it comes time to present the rite. If you’ve been doing your rehearsals, your ritual cast should be familiar with their lines, and everything they say should come out cleanly with a minimum of mumbled over words. I have been to rituals where someone thought their lines were memorized, only to find out that their brain misplaced them somewhere. The momentary memory lapse took the ritual wildly off course, and much of the meaning behind the ritual got lost. It’s not cheating to get something right. If you do choose to keep your ritual script close to you, make sure to put it in your Book of Shadows, or some other sharp looking book. Reading something off of a normal looking piece of paper does not look very impressive and makes your ritual look like it was put together at the last minute.”

This is a continuing question for me.  Part of me agrees with Steven Posch that, if it’s worth saying in ritual, it’s worth memorizing.  On the other hand, I just don’t think that is realistic in most cases.  Plus, as Jason points out, sometimes a well-read prayer or invocation can be much more effective than an adequately-memorized one.  I took his advice in my last ritual and found a nice leather cover for my ritual script.  Having everyone flipping through those stapled pages of script had really been a distraction in my previous rituals.

“Ritual should be tactile and it should engage (and indulge) as many of the senses as possible. … I was recently handed a ritual script that called for the High Priest to take a corn dolly around the circle so others could put their energy into it. No one else would be allowed to hold the corn dolly, just project energy into it . . . . . bad bad bad! People want to touch stuff, they want to feel things, they want to connect with whatever is going on in ritual. You can make that easier to do by providing physical objects for people to grasp. … We experience ritual with both our heads and our bodies, make sure both parts of the self are involved in what’s going on.”

More on Engaging the Senses

“Indulge the senses of your participants. There should be things to see, touch, hear, smell, and perhaps even taste! Be wary of the ‘we are just going to talk at people’ trap.”

Yes.  Yes.  Yes!  In fact, I would go so far as to say that what you feel in your flesh and what you do with your body in ritual can sometimes be even more important than the words that are spoken.

June 26, 2014
When bad people do good things: separating art from its author in the context of patriarchal privilege
Next Post

July 7, 2014 Who is Reading this Blog? (Survey)
Recent Comments
1 Comment | Leave a Comment
Browse Our Archives
Related posts from The Allergic Pagan