Neo-Paganism has multiple centers, including Earth, Deity, and Self.  This is the fifth in an 8-part series that explores Neo-Paganism as a Self-Centric “mystery religion”. This essay was originally published at Neo-Paganism.org.

“And sooth it seemes they say: for he may not
For ever die, and ever buried bee
In balefull night, where all things are forgot;
All be he subject to mortalitie,
Yet is eterne in mutabilitie,
And by succession made perpetuall,
Transformed oft, and chaunged diverslie:
For him the Father of all formes they call;
Therefore needs mote he live, that living gives to all.”

James Frazer’s The Golden Bough posits that ancient peoples believed in a dying and reviving god, representing the animating spirit of vegetation, incarnated in human form as sacral kings, who were sacrificed after a term or when their power of mind or body failed, in a cyclical renewal of life. Frazer argued that many pagan gods were types of the dying and reviving god who died and rose again with the changing of the seasons and were responsible for the crops on which humans depended:

“Under the names of Osiris, Tammuz, Adonis, and Attis, the peoples of Egypt and Western Asia represented the yearly decay and revival of life, especially vegetable life, which they personified as a god who annually died and rose again from the dead. In name and detail the rites varied from place to place: in substance they were the same. The supposed death and resurrection of this oriental deity, a god of many names but of essentially one nature, is now to be examined.”

In the second edition of The Golden Bough, identified Christ as a dying and reviving god.

Scholars have criticized Frazer’s theory, arguing that Frazer glossed over significant differences in order to find his archetypal Dying God. But regardless of whether ancient pagan gods fit the archetype, Frazer’s theory has had a profound influence on contemporary Neo-Paganism. Frazer was a significant influence on Jane Ellen Harrison, Robert Graves, Dion Fortune, D.H. Lawrence, and other writers, who were themselves influential on Neo-Paganism.

According to Robert Puckett, Frazer’s theory of myth has now become a myth itself, or rather, a “metamyth”, which has become permanently ingrained in the Western consciousness. The extent of the influence of James Frazer on Neo-Paganism specifically can hardly be overstated. This is ironic, because Frazer himself was an atheist. One of his purposes in The Golden Bough was to discredit Christianity by suggesting that the figure of Christ had been an outgrowth of the pagan belief in a dying and reviving vegetation spirit, represented in human form by sacrificial kings. Frazer pointed to Osiris, Adonis, Tammuz and other dying gods from myth to support his thesis. Frazer’s purpose was neither to legitimate the pagan practices, nor to affirm the superiority of Christianity by arguing the pagan precedents were devilish imitations or a “type” of Christ looking forward to the revelation of the divine reality. Frazer wanted rather to consign the whole field of religion, Christian and pagan, to the rubbish heap of history.

In the minds of some Neo-Pagans, however, while Frazer succeeded in reducing Christianity to just another form of the cult of the dying and reviving god, he failed in his goal to undermine the validity of the pagan religions. As Puckett describes, the ironic effect of The Golden Bough was rather the creation of a new, Neo-Pagan religion, which was antagonistic to Frazer’s modernist agenda. Ronald Hutton states that Frazer’s thesis “arguably did succeed in doing further damage to the status of Christianity, but it fostered not so much an enhanced respect for rationalism and progress as a delight in the primitive and the unreasonable.”

“[B]y placing Christ in a context of dying and resurrecting pagan deities, Frazer had hoped to discredit the whole package of religious ideas. Instead, as some of the literary use of the Bough indicates, he actually gave some solace to those disillusioned with traditional religion, by allowing them to conflate the figure of Jesus with the natural world.”

According to Sabina Magliocco, the Cambridge Ritualists were inspired by Frazer to reconstruct “a set of rites synchronized to the seasonal cycle of planting and harvesting in which the king was killed, descended to the underworld, fought against the force of darkness, then resurrected to celebrate a divine marriage with the temple priestess / sacred concubine.” Theodore Gaster interpreted the motif of the dying and resurrected god as underlying all seasonal rituals, drawing heavily on the Canaanite myth of Ba’al. Gaster outlined four stages in the life-cycle of the dying god, which corresponded to four universal seasonal celebrations:

Mortification: a state of suspended animation at the end of the year, when one lease on life has drawn to a close and the next is not yet assured, which takes the form of lents, fasts, or other austerities

Purgation: a ridding of evil influences which might impair prosperity in the coming year and threaten the renewal of vitality

Invigoration: a galvanizing of the moribund condition to procure a new lease on life, which commonly takes the form of a ritual combat between life and death, summer and winter, or the old and new years

Jubilation: a sense of relief when the new year has began and the continuance of life is assured

Agon: a contest of the year-daimon against his enemy, light against darkness, or summer against winter

Pathos: a ritual or sacrificial death of year-daemon, followed by an announcement of the same by a messenger

Theophany or Peripeteia: a resurrection and epiphany of the year-daimon, which is accompanied by a change from grief to joy

The outline produced by these theorists became the foundation of the modern Neo-Pagan Wheel of the Year with its eight-fold division of the ritual year.

Frazer was an important influence or Margaret Murray and on Gerald Gardner, whose interpretation of witchcraft was rooted in Frazer’s theory of the year-cycle as an enactment of the myth of the death and rebirth of the divine king. Murray writes that the fundamental difference between Christian and pagan religion “is that the Christian believes that God died once and for all whereas the more primitive beliefs is that the god is perpetually incarnate on earth and may therefore be put to death over and over again.”

January 27, 2015 The Neo-Pagan Mysteries, Part 6: Descent to the Underworld
Recent Comments
0 | Leave a Comment
Browse Our Archives
get the latest from
Pagan
Sign up for our newsletter
POPULAR AT PATHEOS Pagan
1 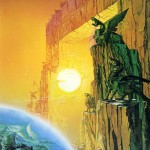