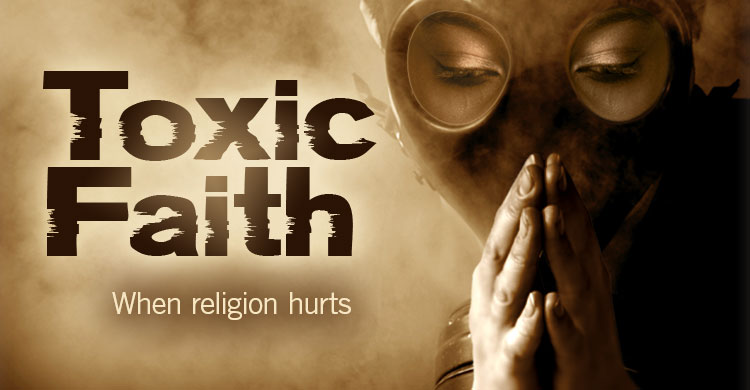 In Part 1, I shared the venomous response from one of the moderators of the /r/pagan discussion board when I attempted to to solicit writers for the anthology on non-theistic Paganism I am editing, with a post entitled “Are you an Atheist Pagan or a non-theistic Pagan?”  In an attempt to open the discussion up more, I posted a new thread entitled,  “Do you think Paganism is ‘inherently theistic’? Why or why not?”.  I didn’t offer my own opinion at first, so as to let the discussion develop without influence from me.  What resulted appears to have been one of the most hotly debated topics on /r/pagan for some time. The responses ran the gamut:

“So, no, I wouldn’t say it’s inherently theistic. The vast majority of traditions that I’ve come into contact with involve deities, though. Still, they seem to run the gamut from persons to processes to concepts, so one could argue that even some trads which worship gods might not be theistic in any conventional sense.”

“I believe that being a pagan requires believing in supernatural forces of some kind. Animists kinda get a pass, but really, everyone ought to believe in the gods. Otherwise, what are you even doing here? … Yes, only polytheists are real pagans.”

“Atheist, and Animist are not mutually exclusive terms. If we remember that the definition of Atheist is belief that there are no gods, and that it is not the anti-religious angry asshole that we tend to think about, then it becomes clear that an Atheist Animist is a very real possibility. So if an Animist is a Pagan, then it is possible for a Atheist Animist to be Pagan.”

“Religions can be atheist or nontheistic.”

“Yes, paganism is theistic. Paganism without gods is..what? Nothing. There’s nothing there and there’s no reason to call it paganism …”

“The idea of pagan orthodoxies is far more paradoxical than atheistic paganism.”

“I don’t approve of paganism being used to mean ‘anything involving nature or a goddess’. People who ‘revere the earth’ in a generic abstract sense aren’t pagan. People who monotheistically worship ‘the Goddess’ aren’t very pagan either …”

‘I am without god or goddess, I have Nature as a deity, I pay homage to her, I respect her, I honour her. I don’t worship. I am happy to use the label Pagan to describe myself.”

“Paganism encompasses a whole lot of religions. A lot of them are completely unrelated.”

The moderator, hrafnblod, was not content to let the discussion develop.  He not only reiterated that Paganism is inherently theistic “or it means nothing”, but he also attacked non-theistic Paganism as “ruinous, fraudulent tripe ” which he said is “subversive, predatory and deeply destructive to paganism”.

I asked hrafnblod why he had to generalize in this way, why he couldn’t just say that a non-theistic Paganism is meaningless to him, rather than proclaiming what means for everyone.  He responded that it is his objective to remove atheist Pagans from the Pagan sphere!

Hrafnblod proceeded not just to argue with, but to also insult, those who disagreed with him, i.e., “you have fallen into the trap of being a fucking moron”.  Now, keep in mind, this came from a moderator of this discussion board.  Presumably the function of the moderator is to encourage discussion.

Apparently hrafnblod saw his role as a moderator differently though: “I simply regard it as the duty of any person of actual conviction to defend their principles and stand by them adamantly. I can’t view apathy or indiscriminate tolerance as virtues.”  And he made it very clear that he has no respect for atheist Pagans whatsoever: “Many of us are really striving to do away with the outmoded idea that being a dirty hippie is enough to be ‘pagan.’ Fucking in the woods and running around a maypole- you do not ‘worship’ a goddamn thing, so don’t be disingenuous about that- does not a pagan make.”

And then I was banned from /r/pagan — presumably by hrafnblod.

I present this as an example of the kind of animosity that non-theistic Pagans can encounter in nominally open Pagan spaces.  This one happened online, but it happens in the flesh as well.

And to be clear, hrafnblod was not the only antagonist in this discussion.  Here are some other choice comments from other people:

“It’s specifically people like you I take umbrage at. … People who slavishly suck the cock of flower child romanticism as if that entire generation isn’t responsible for the shitpile this planet is turning into, and then dare act like “re-enchanting the world” is somehow your goal.”

“… you pompous, bolviating relic. Because ultimately, that’s what you are. A philosophical relic. You and your archetypalist, reductionist ilk are being left behind by those of us who have the brain capacity to understand nuance and detail.”

“… who you truly are: a textbook arrogant New Atheist, who plays pretend around a maypole, thinks all paganism is defined by a bunch of moronic british shitheads from the early 1900s, and who thinks the entrypoint to a religious community is rutting in the soil like a diseased badger”

And keep in mind, there are five other moderators for this community, but none of them intervened to check hrafnblod or to prevent him from banning me from the discussion board.

And lest anyone think I am decontextualizing any part of this discussion, you can read the entire thread yourself, here.  I defy anyone to find anything I wrote that came close to this level of sheer hatefulness expressed toward me and toward atheist/non-theistic Pagans generally.

So the question then is, How does this happen?  How does a polytheist moderator take over a nominally open pagan forum, openly state that his goal is to remove non-theistic Pagans from Paganism, and proceed to ban those who disagree with him?  Why is this tolerated by other Pagans?  Why is it tolerated by other Polytheists? 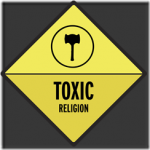 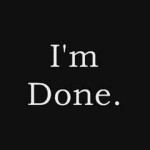