Don’t Call Me A “Generic Pagan” 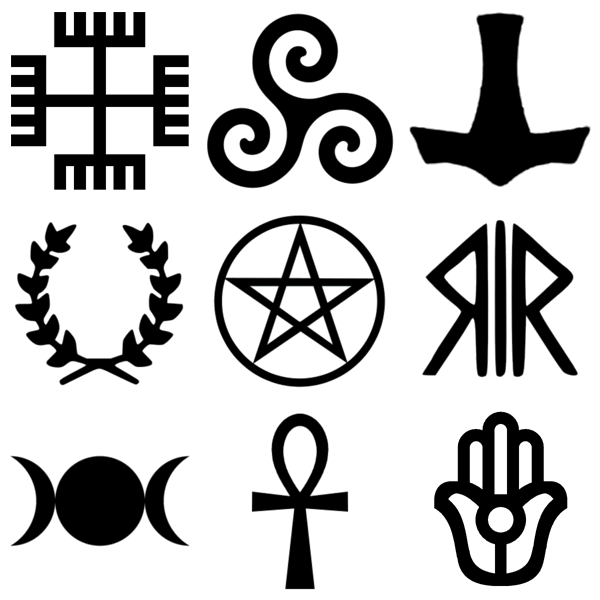 There’s always been a tension between Pagans who define themselves primarily as Pagan, and those for whom “Pagan” is a secondary identifier, an umbrella term.  Many people in the latter category refer to those in the former as “generic Pagans”.

Everyone’s religious identity is specific, including those Pagans who don’t identify as Wiccan, Druid, Shaman, etc.  We don’t have denominations in Paganism, per se, so it’s inaccurate to speak of “non-denominational Paganism”.  But people do often analogize the different Pagan paths and traditions to Christian denominations, because there is a rough correspondence.

We might speak of “Neo-Paganism” or “eclectic Paganism” or “non-traditional Paganism”, but each of these terms is actually describing something slightly different. “Neo-Paganism” is a term that is useful for distinguishing reconstructionist and revivalist forms of Paganism from more prospective or forward-looking forms of Paganism.  But “Neo-Paganism” includes much of contemporary Wicca, Druidry, and Shamanism, too (i.e., ADF is a Neo-Pagan Druid tradition), so it’s not useful for distinguishing those who don’t follow one of those paths from those who do.

“Eclectic Paganism” is another term that can be useful, but it can be a misleading term too.  “Eclecticism” is sometimes used by traditionalists or reconstructionists to imply a lack of rigor or authenticity, which is not always accurate.  The line between traditionalists and eclectics is a fuzzy one sometimes.  After all, at some point, all traditions were eclectic.  What really distinguishes us is how conscious we are of our eclecticism.

Likewise, “non-traditional Paganism” is another useful term, but one that doesn’t really help here either.  When people talk about “generic Paganism”, they’re often talking about the rituals at Pagan festivals and conferences and CUUPs (Covenant of Unitarian Universalist Pagans) gatherings.  This kind of Paganism isn’t really “non-traditional”; it is its own tradition, one heavily inspired by Wicca, but not to be confused with Wicca.  Some people have taken to calling this tradition “Wiccanate Paganism” or “Neo-Wiccan Paganism”.  It follows a familiar formula: grounding, casting a circle, invoking the quarters, raising energy, etc.

Oftentimes, when people speak of “generic Pagan” ritual they are describing not just the form, but the quality, of a Pagan ritual.  In the interest of an inclusivity that is never really achieved, planners of public Pagan rituals often default to a “Wiccanate” ritual format that is familiar, but also tired.  The lack of creativity and ritual innovation at many public Pagan events is largely responsible for the appellation “generic”; it is “generic” because it is bland and boring.  This is what makes the phrase “generic Paganism” so offensive.  Not all so-called “generic Pagans” are Wiccanate.  My own Paganism is highly specific, even idiosyncratic.  I don’t cast a circle or call the quarters.  I follow a Wheel of the Year, but it is specific to my bioregion and my psychology.  And I don’t think there’s anything “generic” about it.

So, what kind of Pagan am I?  I’m not a Wiccan or a Witch or a Druid or a Heathen or a Polytheist or a Shaman or a Recon.  I’m Pagan.  (Note I didn’t say “just a Pagan”, since that implies a inferior quality too.)  Admittedly, that doesn’t tell you very much.  There’s not a familiar box that I fit into.  But if you’re really interested in getting to know me, and not just fitting me in a linguistic box, then let’s have tea sometime, and I’ll explain.

In the meantime, let’s stop using the term “generic Pagan”.  If it’s a Wiccanate ritual, they call it that.  If it’s a boring ritual, then call it that.  But if it’s something that doesn’t fit into any of our standard Pagan categories (Wiccan, Feri, Druid, etc.), then don’t call it “generic”.  Call it “Pagan” or don’t call it anything at all, at least until you ask some more questions and understand it better. 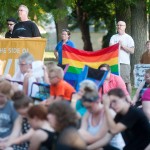 Celebrating the Dead, Decay and Letting...
Charged by the Goddess
Related posts from The Allergic Pagan 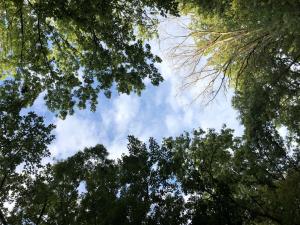 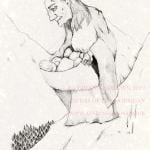 Voting Out Trump Is a Part of My...
There is nothing commendable about Trump, and he has nothing to offer...
view all Pagan blogs
What Are Your Thoughts?leave a comment
Copyright 2008-2020, Patheos. All rights reserved.