Crying out in the Wilderness: A Lamentation

Crying out in the Wilderness: A Lamentation November 22, 2016 Matthew Distefano 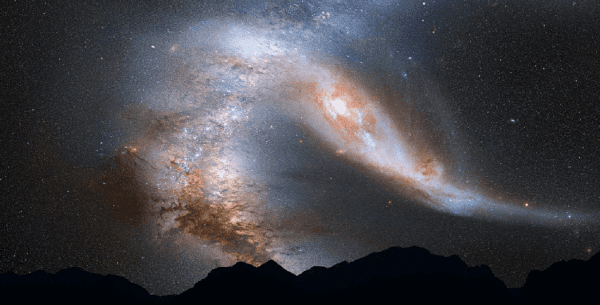 Here we are, as a species, teetering on the edge of ruin. We’ve flattened Syria with our implements of death. We’re obliterating each other all throughout Africa, the Middle East, in Southeast Asia, and so very many other places. North Koreans are living in a dystopian society that looks akin to something George Orwell dreamt up. Women are oppressed far and wide. So too are folks who identify as LGBTQ. So too are racial and religious minorities. Stock markets are volatile. So too are the world’s currencies. Our answer to violence, continually and overwhelmingly, is more violence. And when that violence doesn’t work, like the warmongers that we are, we try yet more.

On and on this “sacred” cycle goes. Why? Because, like Heraclitus aptly said, violence is the [false] structuring principle of reality and war is the father and king of all (Fragments 53 and 80).

Are we not all then just a bunch of damn hypocrites?

I believe we are.

Because, for one, we are all made in God’s image, and God is emphatically nonviolent. Hence, our true Self is emphatically nonviolent. So all this retributive, religious, and state-sponsored, sacrificial sacred violence that humanity engages in comes from a different source, namely, the satan, or, in other words, us. How hypocritical! And yes, that especially includes us Christians, for we should know better, considering our God’s commitment to nonviolence was such that he allowed himself to become stapled to a state and religious-sponsored execution tool. Oh, and he was forgiving those who put him there (Luke 23:34). Oh, and then he came back from the dead to do the same thing (John 20:19–23).

And yet, here we are, Christians looking no different from “the world,” as we like to call “others.”

That is why we are hypocrites, because in spite of our spiritual leaders all agreeing about these core theological claims, we posture ourselves, broadly speaking, against “them” and opt for an over and above type of theological and sociological “correctness.” And then we prove ourselves right by bombing the shit out of one another, spilling the innocent blood of God’s children, in the very name of God and country of course.

It is the will of Allah!

It is the will of Yahweh!

It is the will of Christ Jesus!

I fear that someday we are going to go too far. Actually, it already has gone too far. But one day, it will really go too far, as in, we may accidently end the whole human project. In Rene Girard’s final book, Battling to the End, he worried about this same thing. He worried that in such a globalized world, the entire thing could ignite with one strike of the match. To stem the tide, we must wake the hell up to this madness, and start listening to our spiritual leaders who are pleading with us to “forgive thine enemies.” For Christ’s sake—and I don’t mean that in a crass way—it’s time for such an ethic.

Pray to God that we start listening. Actually, scratch that, pray to God and then start screaming peace from the rooftops, start taking to the streets to proclaim it, and do it until you cannot do it any longer. And by God, let’s live it out in real time. That is the only way prayer, really, becomes manifested. To quote Pope Francis: “You pray for the hungry. Then you feed them. That’s how prayer works.” Indeed! Peace and mercy and justice for all can only be had if we actually work in bringing these things about. God is not and has never been a deus ex machina. He doesn’t swoop in and take care of things for us. We have to actually change things. Us. All of us.

So it is time for some soul searching. As a species, made in God’s image, let us reflect on our plight. And then may we activate and unite in the name of peace, forgiveness, justice, mercy, and the greatest of these, love.

Love is what this universe is all about and I’ll be damned before I accept that love loses in the end. 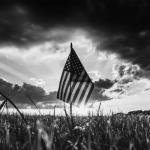 November 19, 2016
Trumpeting the Call: What lies ahead for this “great, Christian” nation?
Next Post 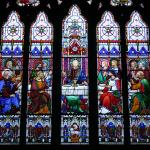 December 4, 2016 “If all are saved, then why follow Jesus?”
Recent Comments
1 Comment | Leave a Comment
Browse Our Archives
get the latest from
All Set Free
Sign up for our newsletter
POPULAR AT PATHEOS Progressive Christian
1