Christianity and Cannabis: One User’s Opinion

The topic of cannabis can be a contentious one for Christians. Unlike alcohol, caffeine, and other mind-altering substances, cannabis indeed carries with it a special kind of stigma, both morally and socially. For folks such as myself, this is especially unfortunate, given how much of a positive impact this herb has had on my life.

A number of years ago, I was diagnosed with a rare form of Celiac disease called Refractory Celiac Sprue. What happens with this autoimmune disease is that when one eats, not only gluten but other proteins as well, their body reacts against itself. In doing so, patients like myself are faced with all sorts of problems: gastrointestinal pain, urgency, cramping, diarrhea, and so on. On top of that, because of the physiological damage caused by the disease, folks can easily become anemic (both iron deficient and otherwise), calcium deficient, and protein deficient.

I was one of these.

Until I learned about the wonders of cannabis, that is.

You see, shortly after my second upper endoscopy showed significant signs of small bowel damage, I knew I needed something, and I needed it quick. So, I began using cannabis. Then, after 6 months, I underwent my third endoscopy and, lo and behold, the pathology report read: “No sign of active Celiac disease.”

What?! Did I read that right? You’re damn right I did!

A miracle, right? Well, there is actually some science behind it. For instance, one 2013 study conducted by the University of Teramo in Italy led researchers to suggest exactly what I experienced; namely that “the data points to the therapeutic potential of targeting [cannabinoid receptors] in patients with celiac disease.” In other words, cannabis was shown to “cool the gut” of patients suffering from celiac disease.

Now, regardless of how it is explained scientifically, all I can say is that it’s been 4 years since my last endoscopy and I’ve been relatively symptom-free—no anemia, no protein deficiency, no abnormal fatigue and irritability, and decreased GI discomfort.

And yet, sadly, the stigma persists. I’m often shot sideways glances from Christians when they find out I use. Indeed, I’m thought of as a rebellious sinner more than anything.

But why is that?

Well, I think it has less to do with the Bible, or Jesus, or anything faith related, and more to do with common cultural norms. In other words, some folks are still stuck in that Reefer Madness mindset, where they think that everyone who partakes of the devil’s lettuce are going to go around raping and pillaging (as well as eating the entire nation’s supply of potato chips). As dolt of the year Jeff Sessions recently stated: “Good people don’t smoke marijuana.”

Now, if we do turn our attention to the Bible, what we’ll find is that it has nothing to say about cannabis. Sure, we are reminded to always be “sober-minded,” but who’s to say one can’t be while under the influence of cannabis? I sure can. In fact, I actually think clearer when I use. And I’m way less prone to anger and hostility. Go figure!

Nevertheless, none of that is to say that cannabis is beneficial for everyone. It, like anything, must be approached with great care. Sure, it has been a godsend for me, but it may not be of any aid to others. I’m reminded of what the Apostle Paul writes: “All things are lawful, but not all things are beneficial. All things are lawful, but not all things build up” (1 Corinthians 10:23). So, if one is going to decide whether cannabis is useful or not, they are going to have to decide that for themselves. They are going to have to ask themselves whether or not it benefits their life and the lives of others; whether or not it is useful in building up those around them; whether or not it helps them become more loving, more generous, more caring, more gracious, more merciful, and so on.

If it does, then great! But if not, then don’t use it.

Frankly, I’m pretty tired of folks not getting this. It shouldn’t be this difficult. It shouldn’t be difficult to see how cannabis, like everything else God made (cf. Genesis 1:29), can be used in certain situations by certain individuals and for certain purposes. It’s not a cure-all for each and every one of life’s problems, sure, but it’s not the devil either. To suggest that it should be banned, or even universally frowned upon, is to deprive folks such as myself from the medicine we need in order to thrive in life. You wouldn’t like it if folks turned around and did the same to you, so don’t do it to us. You know, because of that whole Golden Rule thing Jesus spoke about? 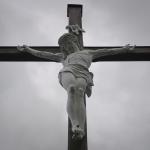 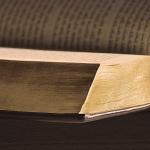 February 6, 2018 Biblical Inerrantists, What Do You Do About the Following?
Recent Comments
8 Comments | Leave a Comment
Browse Our Archives
get the latest from
All Set Free
Sign up for our newsletter
POPULAR AT PATHEOS Progressive Christian
1