Am I Really One With Satan?

Am I Really One With Satan? April 20, 2018 Matthew Distefano

I’ve often been accused of being one with Satan. Given that the satan—or, ha satan in Hebrew—can translate to “the accuser,” I find this deliciously ironic. Nevertheless, it seems to be some Christians’ favorite thing to say about me. Case in point, check out this “review” of my latest book “Heretic!”:

“This is a demonic lie. It directly goes against the very words of Jesus and it is a Gospel of the spineless who are not willing to face the hard truth. It’s an affront to Jesus’ work on the cross. It is deceptive, a completely perverted understanding of the Gospel. And people who spread these lies are one with the devil.”

So, given that this is a pretty harsh critique of what I believe, allow me to distill the theology I espouse in the book so that y’all can see if what I’m saying is really satanic or not. I’ll allow you to draw your own conclusions.

No matter what we conclude theologically, we should follow Jesus in how we treat one another. Above all else, we should love our neighbor as ourselves and we should love God. We should also love our enemies, should reject retribution as a means of achieving peace, and should lay down our weapons in exchange for self-emptying love.

If we are going to read our bibles—and I believe we should—we need to allow Jesus to show us how. No matter how we define the Bible, no matter which books we include or exclude, we need to listen to our rabbi.

I contend that the way God behaves is exactly like Jesus. Hence, if something is found in Scripture that doesn’t line up with the nonviolent messiah from Nazareth, then it’s probably wrong. Now, that doesn’t mean I’m a Marcionite—one who chucks out the entire Old Testament as well as some of the New—it just means all of Scripture needs to be read in light of Christ.

Point 4: Universalism in the Early Church

Historically speaking, Universalism was taught in the early church. That doesn’t necessarily mean the fathers and mothers who taught this doctrine were correct—although I think they were—it just means that’s what they taught. Nothing more, nothing less.

Point 5: The Cross is Sacrificial

I admit, the cross is sacrificial in nature. I just don’t think it is a sacrifice that changes God’s mind about us. Rather, it is a sacrifice that subverts this “traditional” notion, one that, in essence, changes our mind about God. In other words, contrary to the archaic understanding of “sacrificing to the gods,” God incarnates God’s self in the form of a human and is offered TO US! And in doing so, we are saved, not from some speculative afterlife or from God’s vengeful thunderbolt, but from ourselves, our sin, the satan, and the powers and principalities that structure our messed-up world.

I believe in free will. Now, that doesn’t mean I buy the post-Kantian stock line that our volition is found in the complete spontaneity of the will. This is not what the Bible teaches. Instead, I believe that through the power of the Holy Spirit we are set free. That is to say, we begin as enslaved humans—tied up, mimetically, with each other and with our power structures—and then are liberated by the Risen Lord.

Point 7: The Wrath of God

I believe in the wrath of God—sort of. I just don’t believe the lie that God’s wrath is like ours. Instead, I believe God’s wrath—if we even want to call it that—is a gracious wrath that stems from God’s eternal outpouring of love. To believe otherwise, it seems, is to be in contradiction with the New Testament claim that “God IS love.”

So, what do you think? Do I sound like someone who has pledged his allegiance to Satan? Does this sound like it stems from the spirit of accusation? Or, rather, does it sound like actual good news? I’ll let you decide.

You can pick up my new book here. Now through the end of April, it is only 99 cents on Kindle, and all royalties will be going to the Preemptive Love Coalition, whose mission is to offer emergency relief and aid to those torn-up by war. How satanic, I know!

About
Matthew J. Distefano is the author of four books, including the recently released "Heretic!: An LGBTQ-Affirming, Divine-Violence Denying, Christian Universalist's Responses to Some of Evangelical Christianity's Most Pressing Concerns," out now on Quoir Publishing. He is married, has one daughter, and likes to spend his free time hiking, gardening, and cooking. You can read more about the author here.
Previous Post 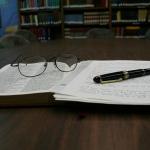 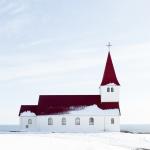 April 25, 2018 Losing Patience with Christianity
Recent Comments
15 Comments | Leave a Comment
Browse Our Archives
get the latest from
All Set Free
Sign up for our newsletter
POPULAR AT PATHEOS Progressive Christian
1