Alone In Her Presence: Paganism’s Permission to Dare

“The fact that we live without God is, in a sense, not up to us. It’s not really a choice. . . But goodness is a choice. It is the most important choice we can ever make. And we have to make it again and again, throughout our lives and in every aspect of our lives.” -Greg Epstein, M.Div.

I’ve been thinking a lot about belief. Specifically, what the non-religious believe, which subsequently is the subtitle of Greg Epstein‘s book, Good Without God. Greg is a secular humanist, which to me sounds a lot nicer than atheist (though to be fair not quite the same thing).  For years I sat alongside Secular Humanists, like my colleague Greg, as a Unitarian Universalist Director of Lifespan Faith Development teaching principles and faith formation that often didn’t require “g*d.”  As my beloved mentor, the Reverend Kim K. Crawford Harvie of Arlington Street Church inBoston, once preached a Christmas Eve night, “Some of us are Atheist, some Jews, a few are Christians and aspire to act as Christians should. We are Buddhist, Muslim, Pagan, and more… and all are welcome here, under the big tent of Unitarian Universalism. (1)”

And in that transcendentalist egalitarian way that is unique to Unitarian Univeralism, which affirms and promotes the inherent worth of all people, we sang tides of great joy, raised lit candles, and the many ‘non-religious’ whom needed solace became spiritual companions of my mentor and found home. What I call refugees of  fractured faith were welcomed. That’s what makes Unitarian Universalism a “saving” faith.

That is NOT Paganism. All are not always welcome, in all groups, at all times. True Story. As a matter of fact, recently we’ve been gathering in the agora about Atheism and Polytheism in Paganism.  I’m not about to write about someone else’s truth or trauma experience from one faith tradition (often monotheistic to becoming ‘atheist’ over polytheist).  But, in sharing my own story of religious trauma having come through conservative Christian orthodoxy (which can be found in books like Rooted in the Body edited by Tara Masery or in sermons uploaded to YouTube), I’ve held the space of  many seeking refuge from one traumatic faith tradition into a more inclusive one. Adults tell stories about the faith experiences of their childhood or coming of age, of being fractured by abusive faith traditions, rejected and or told they are ‘not good enough’ for God. So much fear lied in hearts of men and women.  No one ever said “we left the Mormon faith because we were beloved.”  Wouldn’t that make a different story?

More often, in my experience from teaching faith development people want to know if they will be ‘forced’ to adhere to faith tenants, or if their children will be made to learn the bible. They fear a repeat trauma. They may not even know there is a trauma trigger, just simply that they left one dogmatic experiences, and refuse to create the space for another to resurface.  They are likely more “a-religious” than a-god.  And the same is true of many who knock on our Pagan doors seeking refuge.

And so, hundreds of thousands of people are “Good without God” and living with just goodness. But eventually, I think everyone needs to explore the wisdom tradition of their past and explore new wisdom traditions.  Ultimately, EVERYTHING comes from somewhere. It’s a disservice to teach about love, or forgiveness, and even death, without myth, parables, and legend, specifically the moral tales of faith; because we live in a word peppered with it. Of course, the atheist like Dawkins will say those tales are pure fiction and the creationist like Lucado will say it’s gospel. Somewhere in between is the praxis of what is either belief or known?

What is distinct about Paganism is that we have no litmus test for belief entry.  Personally, I’m not deeply invested in what anyone believes, neither my editor Jason Mankey nor my fellow writer John Halstead. I am far more interested in what someone knows.  I want to know about how you come into your magical experience. How you document it, break it apart and put it back together. I want to know when you have a direct deity experience and what it feels like in every sensory way.  Then I want to juxtapose that with everyone else. Put it in a google doc, sort it and see where there are commonalities and discrepancies, create panel discussion that generate more knowledge. To me this is our religion. Because what I know is that Paganism is also a religion. A modern religion, even for those who are reconstructionist. Religion being largely understood (via St. Augustine’s Latin) to mean to bind or tie to something. If we are not bound to knowing then what are we? Lost in belief?

Paganism is wildly living, even when we “agree to disagree.”  In the chaos of conflict there is consideration; this is where we still find harmony. It took me a long time to realize that.  I struggled for a long time wanting Paganism to come to me, be on my terms, a custom fit. Some told me I should have written my first blog “Reluctant Pagan” instead of Alone In Her Presence (the original that became the book). About three years ago, before she was my teacher, Thorn Coyle  said to me, “either you’re with us or you’re not.” It was the perceptive mirror I desperately needed at the time. I took that too mean a lot of things, some very public, about stepping into the agora of public priesting, but also deeply personal.  Meaning that we can’t have one foot in the door of enchantment and one someplace else. It’s subsequently why I am no longer a Unitarian Universalist religious educator.

Not to long ago there were commercials with Christian celebrities asking “whats your personal relationship with God” and part of me wants to ask my Pagan colleagues who are “good without God” to go for a walk. To ground and center, invite breath, invite guides and allies (assuming they acknowledge them) and commune with the land. The academic wants to sift through folklore side-by-side and see how the histories of civilizations long since departed, civilizations that never met, gave similar faces to deities and debate how and why that happened.  The evangelist that I was raised wants to write a palm card “Goddess Loves You” and start leafletting, yet I love the trees to much to waist the paper. But instead I offer this.

We are good. But not without Gods, because we are very much of the Gods. This is what separates us from other wisdom traditions. Paganism not only welcomes and invites, but actively trains the ability to have direct experiences with the divine, as we choose to know the divine. I’ll go out on the limb (and someone please correct me in the comments below if I am wrong, cause I know you will) that direct experience is requisite in most forms of Paganism. Even when we don’t agree on the direct experience we are DOING it! And, I for one bind myself to the knowing, excel spread sheet and all.

Part of the knowing is experiencing that I am of the generative nexus that flows in, among, and around us.  That is monist, dualist, polytheist, pantheist, however it is not atheist, because to be atheist would deny the self, and the self simply needs no introduction. I call that God Hirself.

Each of us steps into personal sovereignty when we step onto the Earth. When we confront our fears, and we look them in the eye. For most of us, we stepped away from a faith tradition that brought pain and suffering.  I was never a-religious, but I did spend a long time replacing “Big Bad God” with “Loving Embracing Goddess” and neither were truly knowing. It wasn’t until I choose to embrace the fear of the past and gave myself permission to dare with both feet in the circle that I saw how Paganism gives us a radical tool belt of guides and allies, ancestors, and the Divine to heal.

It is in the dare that I found the Divine that had be taken away from me and Paganism’s life affirming commitment to re-enchanting the world became destiny manifest.

John Beckett brilliantly offers us all a Re-Enchantment Primmer in 4 Steps here!

Alone In Her Presence is published occasionally on the Agora. Subscribe via RSS or e-mail.

June 2, 2015
Alone In Her Presence: Caitlyn Jenner and Still Knowing Goddess
Next Post 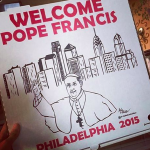 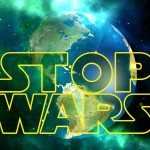 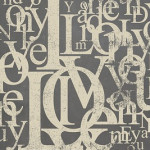