4 Steps To Re-enchant The World 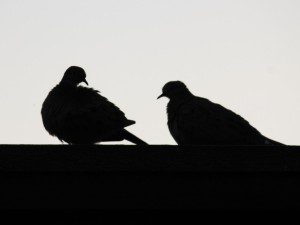 One of the most frequent comments I hear around Pagans of every description is a desire to re-enchant the world.  Re-enchantment means different things to different people and the desires expressed are often vague.  It’s like a craving for a food you can’t describe because you’ve never had it, but you’re sure there must be something that tastes like what you’re thinking, if only you had a name for it.

I can’t define re-enchantment for you.  Perhaps as we continue this work a consensus, or several consensuses, will begin to emerge.  But whatever it means to you, there is a process by which we can begin to re-enchant the world.

I. Understand Disenchantment is Real

In the “first world” such feelings are often considered inappropriate.  There’s so much poverty and suffering in the rest of the world, how dare you complain that things aren’t magical enough for you?  But that fact that other people are suffering more doesn’t mean you’re not suffering at all.  And make no mistake, disenchantment is suffering… suffering our mainstream culture says we should treat by buying more stuff.  Or losing weight, or finding a new partner, or hiring a life coach.

What, you don’t have the money for that?  Work harder!  Are you lazy or something?

And so we treat our suffering with the wrong remedy.  We double down with more of the same and our disenchantment only grows.

Fixing any problem begins with accepting reality, and reality is that disenchantment is real.

II. Build a Foundation for Enchantment

This disconnection has caused us to devalue other living things, including other people.  If we can’t see them and touch them and talk to them, they cease being important to us.  Out of sight, out of mind.  Climate change?  It’s 72 degrees in my house year-round – what climate change?

The foundation for enchantment begins with recognizing the inherent value and worth of every person, every creature, every ecosystem, every thing.  It’s coming to the understanding that they’re not just things to be used – they’re living entities who are worthy of our respect.  Their sovereignty – their right to exist in their own ways for their own reasons – is theirs alone and not ours to take for our convenience and greed.

An enchanted world is one where anything can happen and often does.  That hasn’t changed in the Industrial Era, but our ability to see it has.  People will only see what they believe is possible, and if you believe enchantment is impossible, you can look right at it and you’ll never see it.

The good news is that this isn’t something you’re either born with or not.  As with any other skill, some of us have an easier time of it than others.  But all of us can cultivate enchanting habits.

Go outside.  Nature is so big, so mighty, and so fascinating – it’s an endless source of enchantment, if we’ll just go outside and pay attention.  Go walking before dawn and watch the skies gradually shift from dark to light.  Salute the sun and the moon at the same time each day and mark their movements through the month and through the year.  Watch the birds and the squirrels.  Plant a garden, hug a tree, dig in the dirt – don’t just look at Nature, experience Nature with all your senses.

Start a devotional practice.  Pour libations to the Gods.  Light candles for your ancestors.  Leave food for the land spirits.  Meditate.  Pray.  Disenchantment is caused by disconnection – devotion re-establishes relationships with the Gods, ancestors, and spirits.

Read a book, especially science fiction or fantasy.  Reading exercises your mind, and reading science fiction and fantasy helps you to visualize objects, beings, and processes that aren’t part of the ordinary world.  Don’t get carried away – don’t expect to suddenly encounter Harry Potter magic or magical creatures.  But in the words of Tyrion Lannister “a mind needs books as a sword needs a whetstone.”

Seek out new experiences.  Go hiking.  Go camping, even if you never get more than 50 feet from your car.  Take a different route to work.  Try a new restaurant, cook a new style of food, try a new varietal of wine.  Change the station on your radio.  Turn off the TV.  No, seriously – turn off the TV.  If you want to start experiencing subtle things you haven’t seen before, start by experiencing more obvious things you’ve been overlooking and neglecting.

Be open to more.  Enjoy your experiences: appreciate them and cherish them.  Don’t be too quick to jump to interpretations.  In the words of Feri tradition founder Victor Anderson, “perceive first, believe later.”  Magic and enchantment cannot do the impossible, but many times what we think is impossible is merely improbable, and magic can do a very good job of moving improbable odds in our favor.

Learning to see the world as an enchanted place is fairly simple.  It’s not easy by any stretch of the imagination, particularly for those who are heavily invested in a rationalist, materialist view of the world.  But by rebuilding relationships and teaching yourself to see, it’s possible for almost anyone.

I do not believe we create our own reality – that’s a naïve conceit of the privileged.  If we want to live in a truly enchanted world and not just in our little corner of it, enchantment has to become the new consensus reality.

Now, the last thing I want is a bunch of magical missionaries preaching the virtues of enchantment on street corners!  But that’s not a very effective strategy anyway.  What is effective is to live enchantedly yourself and let everyone see the difference it makes in your life.  Help them get started:  invite your friends to join you on your morning walks or for a unique dinner.

Remember that it’s hard to see the magic when you’re worried about your health, your job, your family, or your neighborhood.  Working for justice makes it possible for everyone to live an enchanted life.

In his excellent book on the history of Pagan philosophy The Earth, The Gods and The Soul, Druid and philosopher Brendan Myers wrote of “The Will to Dwell in an Enchanted World”

The world is enchanted … its mysteriousness is not its hidden-ness: its mysteriousness is in the way that however much we discover, there is always more to discover … an interesting world is a world with an inexhaustible supply of revelation and immensity.  I think that people cannot live without something in the world that is interesting like this.

The Pagan movement began largely as a reaction to the disconnections and disenchantments of the modern world.  It is growing because it has shown itself to be an effective way to rebuild our connections and restore the magic.

Let’s do our part to re-enchant the world. 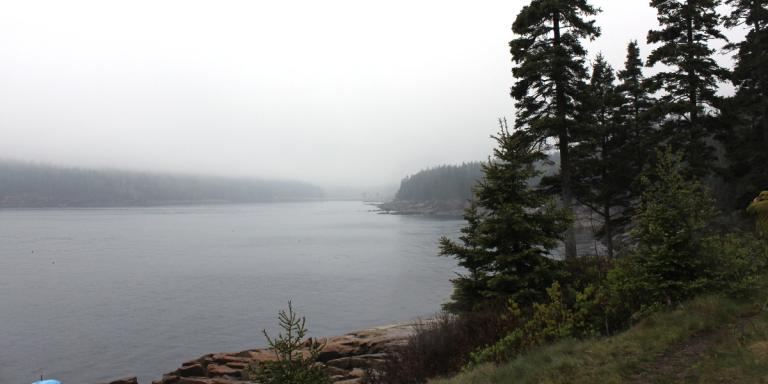 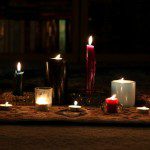 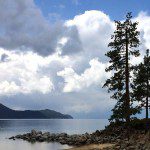 September 5, 2015 Until There Are No More Missionaries
Recent Comments
0 | Leave a Comment
"Speaking of Scientific knowledge enhancing Spirituality (and other things), I do love your pic of ..."
Donna Katsuranis Hey Neil deGrasse Tyson: Let People ..."
"My Texan Goth wife wants me to remind you that, while khakis and polos may ..."
MadGastronomer Happy World Goth Day
"That's... not all that weird for goths. No, really. People have gone there.What's weird in ..."
MadGastronomer Happy World Goth Day
""Everyone has diverse ancestors ultimately linking us to everyone else on the planet. If one ..."
Laurie A Pagan Theology of the Dead
Browse Our Archives
Related posts from John Beckett