Imam Warith Deen Mohammed: “If we become independent thinkers, we can make a contribution”

As Imam Warith Deen Mohammed was laid to rest yesterday, many people are learning more about what he was able to achieve during his lifetime of leadership. Too many outside the Muslim community still conflate his leadership among mainstream African-American Muslims with the smaller (yet more visible) Nation of Islam led by Louis Farrakhan. And many Muslims are still unaware of the efforts he made to bridge the gap between disparate Muslim communities, as well as between Muslims and those of other faiths. As Muslim American leaders who worked closely with Imam Mohammed flew to Villa Park, IL for the burial, and mourners reflected on his vision for a united and engaged Muslim community, many are also wondering what legacy “Brother Imam” will leave for Muslim Americans to follow. In this, his last known interview, he speaks to our colleagues at Islamica Magazine about Black American culture, his struggles with the Nation of Islam, and his vision for the future of Islam in America.

You’ve been teaching Islam in the United States for over 40 years. What challenges have you faced and what have you learned from these challenges?

The main challenge we faced was from ourselves. We are newly converted to Islam. And the way we came to Islam was different from other communities. It was intentionally an indirect movement. Teaching Islam at the time of my father, Elijah Muhammad, was a strategy of protest – to protest the condition of black people in America. And I was hoping that, in time, things would get better and that the conditions of black people would be better for blacks in the US.

You were quoted by the Chicago Tribune as saying: “I have tried over the last 10 to 12 years to encourage [American Muslims] to get more religious education, but I have made no progress… American Society of Muslim (ASM) leaders don’t support me, but the followers do.” Can you elaborate on this?

Yes. Yes. Well first let me first speak of the problem inside our association: the mosques, the schools. The problem is that they were not educated in the teaching of Islam: Qur’an, Arabic, its meanings. They were not given that. So when we go to prisons to accept our imams as chaplains, they tell us that they need to be educated more in the religion.

The imams amongst us don’t want that understanding. They stand in the way. They are really working against what I am trying to do. So all organizations that work for reform suffer that. The Prophet, who sought reform, look how he suffered – back biting and all that. So if he suffered that, how can we expect not to?

What, in your view, distinguishes the experience of Black American Muslims from that of other Muslims in the United States? Has this produced an indigenous Islam amongst Black Americans?

Black Americans have a rich cultural tradition including jazz, poetry and other artistic expressions. Is there a relationship between these cultural expressions and Islam?

Yes. Yes. I think our entertainment culture has really influenced America’s entertainment culture more than anything else. And we can use this positively to raise the moral life rather than putting it down. I think that nothing has raised the moral life more than that in black American culture. I can name many males and females that have lifted the life in American culture. But nothing compares to the rappers and the musicians.

What is your relationship with African Muslims and scholars? Has this relationship influenced your role in America amongst the Muslim community? Is your outlook Afro-centric?

But we really appreciate each other. For example, [Howard University professor] Sulayman Nyang. We have contact with him at least 3 or 4 times a year, at least. We meet with him and he shares his views with us and we share our views with him. But as a work effort, we are not connected to him.

As a Sunni Muslim, you’ve never positioned yourself within any particular madhab. Do you follow any particular school and how, if at all, do you instruct your pupils about the madhab system?

It’s because, as I understand, the madhabs are geographically influenced. We are in a totally different geography in America. And I don’t think we should adhere to any madhabs because those were influenced by their location and they are different based on their location. The Shafi school and the Maliki school in North Africa and the Wahhabi one in Saudi Arabia. Regions are supposed to develop these madhabs.

Does the rise of Barack Obama suggest that the US has progressed in terms of race?

He put an end to the black baby crying and whining all the time (Laughs). And we welcome him. We thank God for him. Alhamdulilah. Even if he doesn’t become the president – but I strongly believe that he will become the President – his success has already sent signals to our spirits, our sentiments. That will make for a new spirit in black America.

Less attention has been given to Keith Ellison, yet he’s both Black and Muslim. Does his election suggest anything about the future of Muslims in American politics?

I met with him in his mother’s house in Maryland. I am impressed with him. Like all elected officials, when they become elected, they have to recognize reality and the issues they have to deal with. They have to serve the country and they can’t jeopardize that interest by being too inclined to address Muslim problems.

I think that a lot of financial backers that supported him are disappointed because they expected him to do more. But he can’t do more. I don’t think that his meaning for us is anywhere near Obama’s meaning for us, even though Obama is not on record for being a Muslim. He’s on record for being a Christian: he goes to church on Sundays, etc. But just his image as a person helps all of us whether or not we’re Muslim or not.

You were the first Muslim to deliver the invocation opening the US Senate; you met the pope in 1996 and in 1999 addressed a gathering of 100,000 at the Vatican. You’ve met with presidents, the Dalai Lama, and Jewish, Christian and Muslim religious and political leaders worldwide. Is interfaith a cornerstone of your mission? What’s unique about your approach?

There are efforts here and there. We know there are African Americans working hard in the community to revive things. But on the whole we are sleeping. So we believe, unlike other people, other ethnic groups in America, we need to be brought to our true human values. And to do that we need to be taught humanity – appreciation for human values – and we need to join humanity. That is more important than racial identity – identification with humanity. Some individuals, educators, have tried to get our people to wake up to that.

I recall a book in which the author wrote, “It seems that somewhere behind me I got separated from my social contract.” And that is just what he was talking about, the original life with all people. If you don’t have that you can’t succeed with your family, you can’t succeed with other people. And the Nation of Islam was trying to do that for us – give us a strong sense of identity.

I don’t know if you are going to appreciate this language, but African Americans, when we were brought to this land, and were made slaves, the slaves were intensely deprived of going back to their culture or their religions. So we’re raised with an intense void inside. So I believe that is why black people lag behind when it comes to community life.

We have giants when it comes to Barack Obama or Colin Powell, and many others. Even females. We have giants, but those are individuals. And they are oppressed. They are depressed. Why? Because they know that the community life of black people is very slow to come around, if it’s coming around at all.

Can you talk about your role in the Focolare movement?

I started to come into the FLO (Focolare movement) when I was invited by Victor Hamdani. They learned about me, paid me a visit, and said that they wanted to introduce me to people that will welcome me. So we went to Pennsylvania and we went to the university there and we met with the Secretary General, with the World Congress of Peace. You see, it was WCP back then. There was a slight change in the name.

They told me at one time they wanted me to become the president in the United States (branch) of the organization. At one point, there was an evangelical (who) tried to block me. He would stare at me hard. He didn’t want me there. But they took a vote. And the guy came back, and said, “Imam Muhammad, now you are the International president.” So we have to work together. We have common goals and beliefs. So we have to work together.

What lessons can the new generation of immigrant Muslims learn from the experience of Black Muslims in the US?

Do you think racism has a role in the relationship between immigrant communities of Muslims and Black Americans?

Yes. But I think it started a long time ago. I’m not comfortable with you writing everything I say (Laughs). We find that immigrant Muslims show more racism than the white man sometimes because the majority of them (whites) have left it out of shame. They are really ashamed of it, what they did to black people.

I find that in the Bible, people find a way, if they want something [racist], they find a way of putting it into Scripture. They got something they can use in the Bible. But the Bible as a whole is against it as we know.

The shaitan has done his work all over the world. And we are all victims. All of us. So we should work together to work against Satan.

Islam is a religion that directs us to community, to develop community – under God of course. And to be productive. The same message is in Jesus’ teachings. The Muslims that come here, some of them are very intelligent, and they know their religion. They are already doing things. So in 50 years from now, there’s a big hope.

Michael Vicente Perez is Senior Editor and Fatima Bahloul is Managing Editor of Islamica Magazine. While the magazine is editorially based in Amman, Jordan, both live in Michigan and are pursuing post-graduate degrees and research in the fields of anthropology and media studies.

September 14, 2008 Race relations: An apology
Recent Comments
0 | Leave a Comment
"Yow its so sad my eyes are sweaty😭BN.BELIEVE.ASIA/VZ7527IE"
Batelthda Gaslighting, Anti-Jewish and Anti-Muslim Rhetoric: What ..."
"Everyone's pervy minds will b opn ryt nw dmn!m.XIAOWANZI.INK\C7527Wg"
ThePumpkinQueen It’s Time to Boycott Saudi Arabia
"Thanks for sharing informative blog with us regarding the halal meat revolution."
Boxed Halal Sustainability: The eco-halal revolution
"Salam. I am going to be blunt and honest with you. Girls who are doctors, ..."
Rubina Ahmed Looking for Love and Finding Awkwardness ..."
Browse Our Archives
Related posts from altmuslim 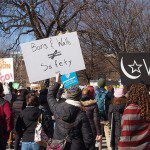 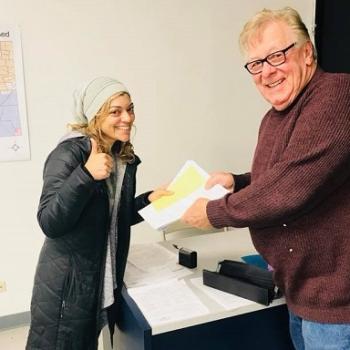 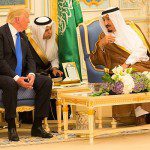