Social change in 2012: After the revolution

The temperatures plummeted to sub-zero in Anchorage, Alaska, in November 2011, but that did not deter the protesters who had gathered to occupy Town Square. They stayed, rotating shifts to ensure that their encampment was never left unoccupied.

In the city of Fairbanks, members of the Occupy movement who stayed stalwart even as temperatures dipped to minus 40 insisted that they had to remain to show their solidarity with other protesters around the US.

These brave souls in Alaska were not alone. As the editors of Time Magazine were happy to reiterate, 2011 was undoubtedly the year of the protester — the rebel spirit that turned out in freezing Alaska and baton-heavy Tahrir Square, burned veils in Sanaa and waved flags in Tripoli.

Some revolted against solid targets, dictators and demagogues, and they fared the best, enabling the departure of Mubarak and the end of Qadhafi. Others dug in their heels against the confusion of multiple enemies: the large bank behind the crafty corporation or the malicious military behind the domineering despot, hoping for perseverance and fighting against the cynicism that kills protesters faster than bullets.

In Pakistan, arriving belatedly in the game, a series of rallies held by the Pakistan Tehrik-i-Insaf, the country’s youngest political party, have bestowed on a young population aching for change, covetous of the events in the Arab world, a possibility of their own.

Undoubtedly, in leafy spring-like newness lies the ability to make promises, to provide vision, to harness the immense, untapped, energy of a crowd that can enervate and energise, and provide the intoxicant that leads the unarmed into barricades and the apolitical into revolt.

In both Karachi and Lahore, the PTI amassed large crowds, singers singing of hope and supporters tweeting messages of change and revolution, enacting locally the dramatics of protest across an angry globe.

If cynicism — that murderer of spirit — is the protester’s most ardent foe, then realism, its close cousin, is his most uncelebrated friend.

The feverish fervour of confrontation, of being one in the vast human hum of history, is heady for the long-denied, whether they are in Tahrir Square or at the Quaid’s mausoleum. It is in distinguishing between these two that the success of any protest movement, any agenda of change, depends.

Many commentators have questioned this possibility: the ability of those camping in streets and marching on avenues to endure the onset of doubt, the appearance of difference, to graduate from assembly to organisation and from being angry to being astute.

These are thorny questions, expectedly unsavoury to those still glowing with the romance of rallies. And yet it is in this bitter pit at the centre of the fruit of revolution that the possibility of the future lies. If initiating change relies on getting people together, enabling change relies on keeping them there.

The hyper-connected world, the 140 characters of a Twitter post, or the viral tentacles of YouTube videos have given Pakistanis, Egyptians and the world a great recipe for instant togetherness.

If the revolutionaries of old struggled with passing out pamphlets under the watchful gaze of monarchies and militaries, or organising protests against the challenges of cut telephone lines or shot pigeons, these obstacles of old have been extinguished in our age.

The consequence is a coming together that is at times too easy and effortless, that involves perhaps minimal hardship or deceptive togetherness that gets people to one place or brings down the most obvious enemy. It can force the most overt confrontation and stop there, fizzling out when the drama is drained.

Its truth is a deeply altered calculation that lies at the heart of every revolution, every movement for change — one that has been ineradicably altered by the advent of virtual technology.

The student of today deciding whether or not to march in a rally can choose lesser forms of involvement: a Facebook status, say, or a Twitter post, allowing far larger numbers of people to participate than would ever have been possible before.

These almost-revolutionaries are not the ranks of men and women visibly beaten and arrested. They are a second layer that plays from home or from hand-held gadgets but in whose decisions the future of the movement is located.

Whether it is the PTI, Occupy Wall Street, or any other agenda for change, the core groups know and are committed to their goals. Harnessing technology such as the social media and visibility via television can allow them to draw large numbers when their agenda is loosely defined to fit the misgivings of many angry, dissatisfied people.

Here lies the trick: if the movement is able to develop a means for such people to continue to remain together once the inevitable happens, and they realise that the boy they carried the flag with is not of the same ethnicity, or the re-Tweet they sent is demanding a different tax plan, it can ensure its own survival and make the move from simply promising change to actually enabling change.

The freedom of others grates and scrapes, and is a tough knotty morsel for the revolutionary who believed in the unity of the crowd.

The only solid prescription for this new year, then, is a forecast of the world’s continued infatuation with its sudden, unfettered togetherness, its ache for the mob to overthrow and overcome. But if 2011 has been the year of getting people in one place, physically or virtually, 2012 may well be a test of keeping them there.

After the revolution, however small or however big, however peaceful or bloody, one awaits the banal and boring tasks of dialogue and compromise, whose stern morsels rely on reason rather than rebellion, and that demand from the revolutionary a renunciation of the very anger that first lit the fires of protest.

Rafia Zakaria is Associate Editor of altmuslim.com and an attorney who teaches constitutional history and political philosophy. This article was originally featured in Dawn. 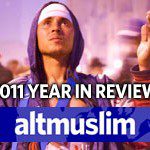 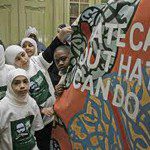 January 16, 2012 Why my daughter should have MLK day off
Recent Comments
0 | Leave a Comment
"FsyYOU are hate. Period."
Soren A Ramadan Testimonial of Repentance and ..."
"Thank you for sharing this article along with detail information, and you have mention the ..."
wazeer shaik The Path Through Hajj – One ..."
"Tamerlane is considered an oppressor amongst Islamic scholars and an anti-hero in Islamic culture. It's ..."
Ali Inspiration: Star Wars: An Islamic perspective
"did you head to syria? did you take ilisha?"
mike malzahn Quran, Hadiths or Both? Where Quranists ..."
Browse Our Archives
get the latest from
Muslim
Sign up for our newsletter
POPULAR AT PATHEOS Muslim
1