The Golden Calf of Motherhood 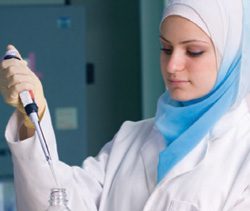 There probably isn’t a Muslim alive that hasn’t heard the hadith, ‘paradise lies at your mother’s feet.’ Muslims are quite proud of this, as well as many other prophetic traditions and Qur’anic verses that champion motherhood. Indeed, it seems to be unquestioned that being a mother is a blessed and strongly endorsed position for a Muslim woman.

The primary role for any Muslim woman, and indeed Muslim man, is to be a servant of Allah. There is no greater role or honour than that. Yes, being a mother may be part of that for many women, but it is by no means the only legitimate expression of Muslim womanhood. If we look at our religious history, we see great women who were mothers (Khadija, Fatima, Maryam to name just a few), but we also see great women who were never mothers (Aisha, Rabia al-Adawiya).  And we simply aren’t told whether or not the Queen of Sheba, Bilqis, is a mother. The Qur’an has her as a great and wise leader and a devout servant of God, worthy of emulation by countless subsequent generations. Whether she was a mother or not was not relevant to the Divine narration.

As a community, we are often uneasy about Muslim women who, through choice or  circumstance, never become mothers. It is seen as unnatural, and they are viewed somehow ‘less than’ their mothering sisters. I cannot help but wonder at the gendered implications of this, especially when we know that great male scholars of Islam, such as Imam an Nawawi and Ibn Taymiyah, and prophets such as Yahya
and ‘Isa never married nor had children. None of them are seen as lesser men or lesser Muslims. In fact, their servitude and contributions to our religious tradition are undeniable.

Just as the Children of Israel turned their gold jewellery into a calf and began worshipping it in place of the God who had saved them from Pharaoh, Muslims need to be careful not to make a golden calf of the role of motherhood, a mere idol at the foot of the mountain where true Divine communion occurs. We must be especially careful not to do so under the flimsy guise of a religious mandate about ‘women’s proper place’. Doing so is a negation of our religious tradition, unfair to women, and stifling to society.

At the core of being a Muslim is loving Allah and serving Allah. There are many roads that lead to the top of that mountain, and motherhood is but only one. If that is the best way a woman feels she can love and serve God, by thoughtfully and compassionately raising the next generation, then she should do so. But likewise, if a woman feels the best way for her to love and serve Allah is through scholarship, medicine, humanitarian work or politics, then she should be encouraged on that path also.

The path is not more important than the destination. Before we are mothers (or any of the other roles we invest in), we are what is referred to by Allah many times in the Qur’an as ‘believing women’.

And that is enough.

Susan Carland is currently completing her PhD at Monash University in Australia, investigating the way Muslim women fight sexism within their own traditions and communities. She is married with two children. You can follow her on twitter here: @SusanCarland. This article orignally appeared on Sultana’s Dream. 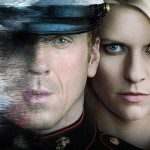 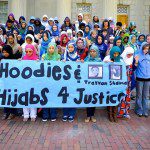