These days it seems that all news coming from Pakistan is bad news. Extremism has not abated, violence is recurrent, and U.S.-Pakistan relations seem to be stuck in a downward spiral.

But, last week I had a fortuitous encounter with good news from Pakistan. I was in Amman, Jordan to give a lecture and conduct research. While there I met a very interesting man in the hotel lobby — Syed Shah, who hailed from Pakistan. We had a very heart warming conversation over many cups of tea.

Syed works for an education and healthcare NGO called CHEF International from Peshawar, and he was in Jordan to launch a blindness prevention campaign. It seems that nearly 17 percent of Jordanians who have diabetes are in danger of losing their eyesight. Syed was in the process of finalizing the paper work that would allow his NGO to bring doctors from Pakistan to screen and treat over 750,000 Jordanians in the next four years. Needless to say, I was impressed by the humanitarian cause that Syed was working on. But what moved me more was the transnational nature of his enterprise of care.

A Saudi Arabian NGO called Prevention of Blindness Union (PBU), which seeks to prevent blindness worldwide, will fund Syed’s project in Jordan. It was truly encouraging to see Muslims from several countries come together to serve such a worthy cause. I am sure there are many such projects and ventures taking place, but we rarely hear about them.

The media today is full of stories about the havoc wreaked by extremist groups from Pakistan. A Globescan survey recently confirmed that Pakistan was perceived very negatively worldwide. Its global influence was rated as the second most negative of all countries in the world. Pakistan is now mainly associated with intolerance and violence in the eyes of many people in the world.

But those groups and individuals in Pakistan who struggle against great odds, with very limited resources like CHEF International and Edhi Foundation, rarely receive the attention they deserve. The dedicated workers and volunteers of these organizations risk life and limb everyday to make a difference.

Pakistan has in recent years suffered from many calamities caused by nature. Massive earthquakes and floods devastated the country. What is left was then destroyed by extremist groups targeting vital institutions like schools and hospitals. Schools, especially women’s schools, are the favorite target of extremists in Pakistan. In the past few years, more than 300 schools have been burned in SWAT area alone.

But this is precisely why Syed’s story is so important. He and his colleagues are often the only people who come forward to refurbish schools destroyed by extremists in the North Western regions of Pakistan, an area infested with the Taliban and the remnants of Al Qaeda. CHEF international has refurbished over 150 schools in that war-ravaged province.

An outstanding character of their work is their attention to sustainability. They try to use solar energy wherever possible and every clinic and school they build is also furnished with a well so that it supplies water to the communities in its neighborhood.

In Pakistan, poverty, political violence, and natural calamities combine to make the life of ordinary people miserable and wretched. Governments make big promises and launch grand schemes that often serve the interests of politicians more than the communities they are supposed to serve. Foreign aid to comes with strings attached. The best hope for these hopeless people are indigenous NGOs that emerge as a response to the conditions and are staffed with people from the area, who know and care about those who are suffering. Pakistan is fortunate that NGOs like CHEF International are stepping up to the plate.

Syed’s story inspired me. It reminded me of the resoluteness of humanity and the power of the desire to do good. I listen to him, a quiet and dignified man, speak about the hospitals and schools his foundation has set up.

Humanitarian work not only brings respite to those who benefit from it, but it also restores the faith in humanity. It is easy to become disillusioned and cynical as one hears stories after stories about endless violence and perpetual suffering. Good news sometimes can come as a wakeup call, inspiring us to join the fight on the good side.

People like Syed, who are truly making a difference in the lives of suffering people deserve our attention, our respect and our support. I was inspired by his story and I feel honored now to count him as one of my friends.

Dr. Muqtedar Khan is Associate Professor at the University of Delaware and Fellow of the Institute for Social Policy and Understanding. His website is www.ijtihad.org. Photo is courtesy of CHEF International. 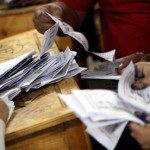 June 20, 2012
The Revolution Continues with Egyptian Elections
Next Post 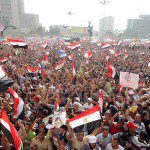 June 25, 2012 Morsi Wins in Egypt, A Win for the Revolution
Recent Comments
0 | Leave a Comment
Browse Our Archives
Follow Us!