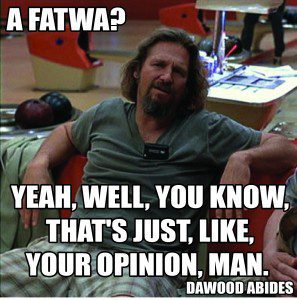 We’ve all been taken in by a rouse. At least I was, and it’s embarrassing to admit because you’d think by now I’d have learned. The good folks over at Electronic Intifada (genius branding, by the way) have done some homework and exposed the recent so-called “gang rape fatwa” as yet another hoax by the Anti-Muslim Brain Trust.

You may have heard it as well: A “prominent Saudi cleric”allegedly issued a fatwa, or religious ruling, that permitted what was called “intercourse marriages,” the idea being that Syrian warriors needed some outlet for sexual gratification. But with wives being scarce in a battle field, the fatwa said fighters could marry and divorce the same woman in succession for hours at a time.

I heard this on AM radio all day, and it was picked up by Salon, AlterNet and some other prominent news sites. Muhammad al-Arifi, the regressive Wahhabi cleric who’s accused of issuing this fatwa, quickly denied ever having made such a statement, saying no “sane person” could believe such a thing. He also warned of at least nine social media pages that impersonate him. He’s something of a social media Saudi guru apparently, with 3.5 million Twitter followers and 1.4 million Facebook fans.

According to Electronic Intifada, the bogus fatwa originated on Lebanon’s Al-Jadeed channel as early as December 29th and was widely shared in Arabic social networks, particularly by those eager to slander opposition forces in Syria. But Al-Jadeed provided no evidence that al-Arifi actually issued the fatwa. The story traveled through Iran’s English-language Press TV, through some Zionist and anti-Muslim websites and finally landed on the desks of AlterNet and Salon, who were apparently a bit lackadaisical with the fact checking.

What’s strange is that Western media keeps falling for this. It’s as if a photo of an old man in a ghutra and some Arabic text is enough to authenticate anything coming out of the Middle East as news. Here are some other famous examples:

A couple years ago the Anti-Muslim Brain Trust, from Jihad Watch to Atlas Shrugs, went hog wild spreading a fatwa that “banned women from touching bananas, cucumbers and other elongated fruit and vegetable due to their sexual resemblance.” Sheila Musaji of The American Muslim investigated and discovered it to be a rumor. The fatwa traced back to a blog called Bikyamasr, which quoted an unnamed Islamic cleric living somewhere in Europe.

Shortly after Mubarak fell, Egypt’s so-called “new Islamist-dominated parliament” allegedly proposed legalizing necrophilia. The statute, dubbed the “farewell intercourse law” would permit men to continue to have sex with their dead wives up to six hours after death. This story made it as far as the Daily Mail and the Huffington Post, but the name of the Parliament member who proposed the law and the text of the bill were never mentioned, because they didn’t exist. The story traced back to a rumor started by some pro-Mubarak Egyptian bloggers.

Recently an article appeared in The Advocate which claimed that suicide bombers should sodomize each other to make it easier to hide explosives in their rectums. This fatwa allegedly comes from Islamic cleric Abu al-Dema al-Qasab (translation: The Bloody Butcher) in a video translated by a fellow from the David Horowitz Freedom Center. When I see “David Horowitz,” I read “paid liar.” But don’t take my word for it. The person who appeared in the video was actually Abdallah al-Khallaf, host of “The Morals of the Prophets, Peace Be Upon Them,” a UK-based Arabic satellite channel. In the video he was reading a vulgar joke posted on an online message board. The alleged Islamic cleric who issued this fatwa is no more real than the Priest and the Rabbi who walked into a bar.

The problem is that crazy fatwas always go viral, but their debunking always languishes far behind. The anti-Muslim blogs never bother correcting their errors. But even when more respectable sites issue retractions, the damage is already done. Far more people see the fake story than the real one.

Even if these fatwas had any footing in reality, other cultures have pundits who say crazy things too. Americans wouldn’t want to bear the burden of stereotypes created by Todd Akin, saying a woman’s body prevents a pregnancy in cases of “legitimate rape,” or David Horowitz saying African-Americans “owe a debt” to whites for bringing them here as slaves.

In addition, not all Arabic speakers are Muslim anyway. There are plenty of anti-Muslim Arabs throughout the world with all the credibility of a Robert Spencer or Pamela Geller. So, you can’t assume something is reflective of the normative culture just because it’s in Arabic. It’s also strange to note that the fake fatwas that people concoct always involve bizarre sexual practices. It’s as if the bigots are obsessed with what goes on in a Muslim’s bedroom, perhaps because we’re characteristically private about it.

Don’t worry bigots. We reproduce in the conventional way, same as you.

It’s also important to clarify that a “fatwa” is just an opinion. It’s not binding. It’s not law. It’s just one scholar publicly stating his best interpretation of right action given the complex circumstances of the question. With that in mind, I can’t rightfully conclude this discussion with anything but a fatwa of my own. If it’s going to go viral across the networks please link back here, so there can be no doubt that it is my actual opinion and not some crazy mistranslation or misconstruction. Here it goes:

When you see news from the Middle East or any Muslim majority country that seems to perfectly satisfy a negative stereotype about Muslims, whether it’s a fatwa, a riot,or whatever, wait a week before you take it too seriously. By then, nine out of 10  will be exposed as hoaxes.

Davi Barker writes at The Muslim Agorist and for other publications. He will be soon writing a blog for Patheos. Barker was born in California and during childhood travels, he was struck by the wonders of nature — a lightning storm over a primordial desert in Arabia, or the cherry blossom petals sprinkling down on the floating markets in Thailand. He spent his adolescence as an outsider, but recently is realizing alienation is not uniqueness, but a universal similarity that crosses all cultures and religions, caused by our separation from our true self and our separation from nature. 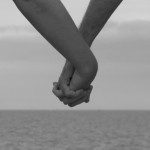 January 17, 2013 Where are the Healthy Gender Relations in the Muslim Community?
Recent Comments
0 | Leave a Comment
Browse Our Archives
Related posts from altmuslim